Letizia from Spain reveals a lot: her very sexy latest dress is causing a stir

Letizia from Spain attends a lavish gala on November 4, 2022.
The event was held in Barcelona in a prestigious and very private location.
For the occasion, Queen Letizia of Spain appeared in one of her most glamorous outfits.

The Spanish royal fashion icon caused a stir in her latest appearance. We never risk being disappointed by closely following the public appearances of Letizia of Spain, 50 years old. Once again, the wife of King Felipe VI of Spain was able to prove that she is the queen of the red carpet. Indeed, Queen Letizia of Spain, accompanied by her husband, King Felipe VI, 54, was seen in Barcelona on November 4, 2022. The couple of Spanish sovereigns attended the 175th anniversary of the club Circulo del Liceo, specifies the Gala magazine. The Circulo del Liceo is a famous, very private circle. This prestigious place has been open since 1847. It has only a thousand members, according to Gala.

For the sumptuous ultra select evening on Friday, Queen Letizia of Spain outdid herself. The former journalist bet on a magnificent dress that combines glamor and extreme chic. For the occasion, the 50-year-old queen slipped into a midnight blue draped dress. The gorgeous dress worn by the mother of Princess Leonor, 17, and Infanta Sofia, 15, isn’t just bodycon, it’s also off-the-shoulder. As you might expect, this is a Carolina Herrera creation. Queen Letizia of Spain was the center of all eyes at the gala.

Letizia of Spain: the queen does not forget this little nod to another queen

To be chic as ever, Queen Letizia of Spain opted for trendy pumps by Jimmy Choo. The wife of King Felipe VI of Spain holds a magnificent Magrit branded leather clutch in her hand. And to top it off, Letizia of Spain wore earrings borrowed from another queen. According to Gala, Letizia of Spain’s earrings are those that belonged to Queen Sofia. The magazine also recalls that the choice of these earrings would not be without significance. Recall that Queen Sofia of Spain received the gold medal of the Circulo del Liceo on February 20, 2017. 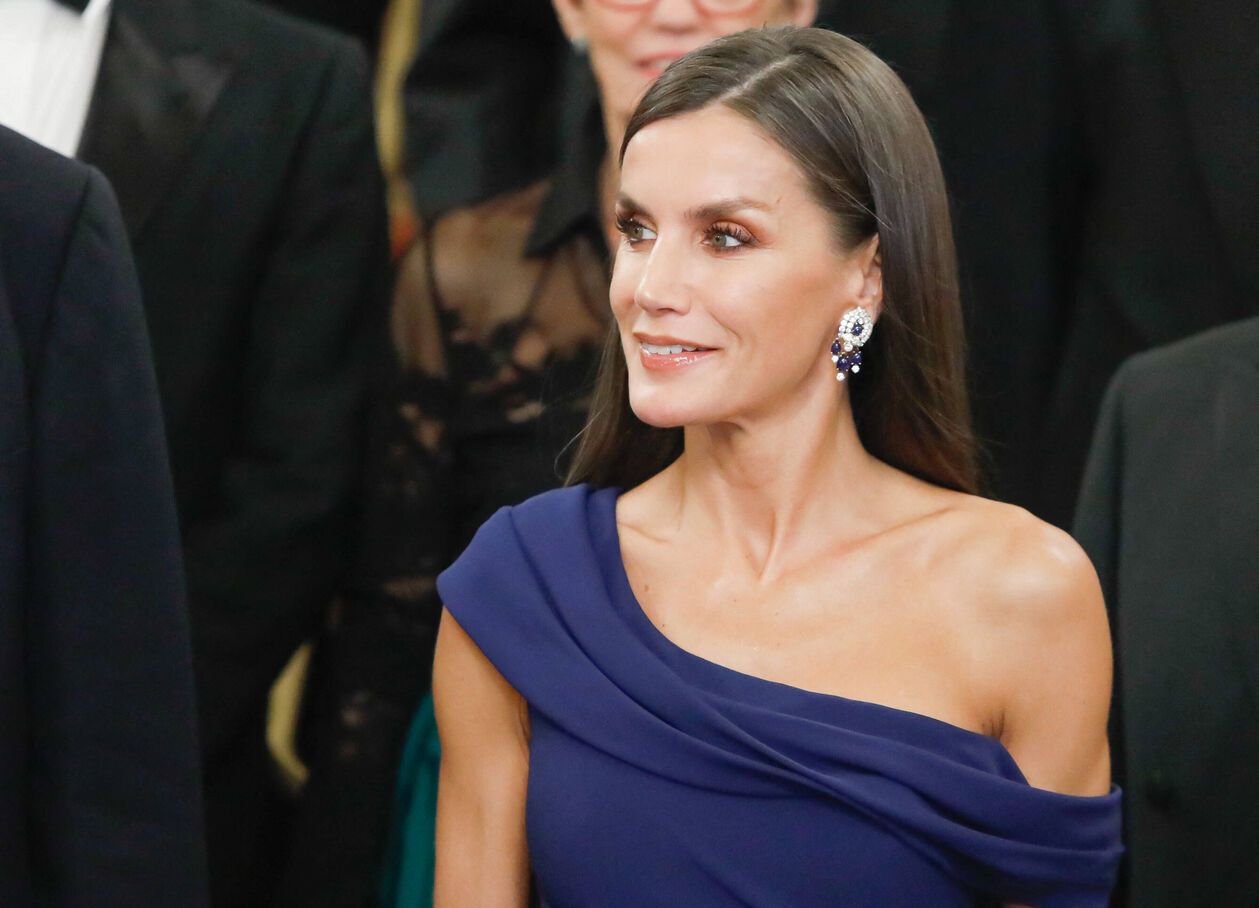