It’s a big day for fans of Prince Harry and Meghan Markle as the first three episodes of the Netflix documentary about the couple are finally available. Co-produced by their own production company, Archewell, this documentary series brings together never-before-seen images filmed in recent years in the intimacy of Harry and Meghan’s life. Since their official departure from their duties within the royal family, the Duke and Duchess of Sussex have made it known that they are keen to share their vision of things and how they lived their history within an institution. very rigid. Thanks to this documentary, the parents of Lilibet and Archie therefore look back on their meeting, but also on the key moments of their life together.

And what more iconic moment than the marriage proposal that sealed the couple’s fate. Already told on several occasions, this day during which Prince Harry uncorked a bottle of champagne while Meghan Markle was in the kitchen facing a roast chicken has already caused many to sink. But the Duchess of Sussex has also decided to tell behind the scenes of this very special moment in the documentary now available on Netflix. Footage shows her, seconds before T-moment, on the phone with her friend Jess who she tells “it’s happening” and Harry asks her “not to look”. A few seconds later, the photo taken in the middle of the night shows the scene as romantic as it is original.

The Duke and Duchess of Sussex shared photos of Harry’s marriage proposal (including one with him down on one knee holding the ring) in #HarryandMeghanNetflix Apparently the real proposal was a bit different than the one described in their engagement interview. pic.twitter.com/9u5er6OQ80

Only one witness to the marriage proposal

Prince Harry lies on a picnic blanket, one knee on the ground and a jewelry box with the engagement ring in one hand. Her other hand rests on the head of Meghan Markle’s dog, also adopted by the prince, who at the time wore casts on his front legs. In the background are electric candles arranged in a circle in the grass by Prince Harry to create a romantic mood. Although the photo was taken at night and therefore very noisy, it is still easy to recognize a young man as stressed as he is in love. “He was on his knees, and I said ‘Yes!’. I was so happy and excited. I was like, ‘That’s it, we’re really doing this'” says Meghan Markle.

In addition to the photo of Prince Harry ready to make his request, another unpublished photo is revealed in the documentary. This is a selfie taken by Meghan Markle just after the famous request, on which appear Meghan, Harry and their dog always so serene, posed on the cover. The couple’s beaming smiles complete this idyllic picture of the young lovers who, despite all the obstacles that stood in their way, still managed to share a moment of their own which laid the foundations for a marriage that is still just as good. solid. 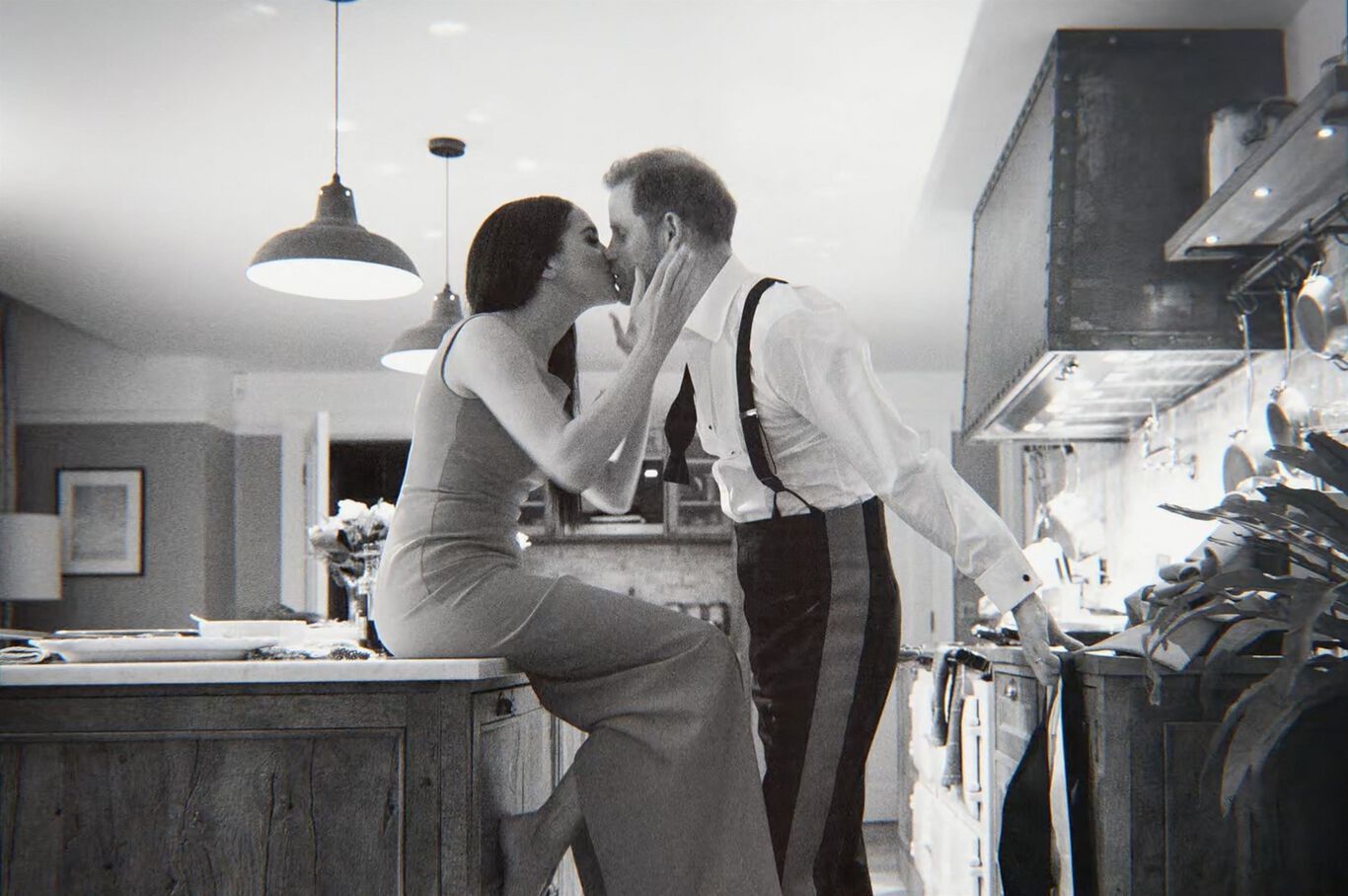