Khloe Kardashian: she reveals a photo of her newborn baby with… Tristan Thompson

Khloe Kardashian, 38, shared her family Halloween party in a TikTok video. It was his niece North West, 9, who posted the video on the social network, according to the Daily Mail. Khloe Kardashian was joined by Tristan Thompson, 31, and daughter True, 4, as well as the new baby boy who was born last July through a surrogate. Subsequently, Kim Kardashian’s sister took to Instagram to officially share the very first photo of the little cutie when he had been meticulously disguised as Tigger, a cartoon character. As for the proud mom, she was dressed as a cat for Halloween with face paint, a black bodysuit and black cat ears. In the photo, the basketball player can be seen standing behind her with an Iron Man helmet.

Although Tristan was holding Iron Man’s helmet, the rest of his outfit does not suggest that he had dressed up as Tony Stark. After all, the basketball player wore a black shirt from Nike, black jogging and sneakers. Smiling, the founder of Good American had opted for a straight hairstyle for this occasion. As for little True, she stood next to her mother in an Owlette costume from Disney Junior’s PJ Masks series. Khloe Kardashian also shared a photo of True holding her little brother in her arms. “Owlette and Tigger aka True and her little brother. (Shhhhh…. But I can’t wait for Halloween to be over),” she captioned the photo.

This family union, albeit fleeting, comes after fans got to see Khloe Kardashian yelling at her ex, Tristan Thompson, at the premiere of The Kardashians. This week’s episode of the series chronicles what happened last April when the reality star was joined by her entire family in Hollywood. We see her in particular shouting: “Liar!” to the basketball player to the applause of the crowd. “I felt like the whole room was looking at me and I was like, ‘This is so embarrassing,’ because it’s like this is a load of bullshit. What the fuck? I thought I was listening to you and getting everything you said, but you’re a liar!” Khloe said on the show.

The second season of The Kardashians began with the arrival of Khloe Kardashian and Tristan Thompson’s second child. However, in the second episode of season 2, it was revealed that this first episode was filmed in August 2022. Unlike the rest of the season which was therefore filmed several months earlier. This second season follows the first which ended with a big reveal that Tristan Thompson secretly had a child with another woman. 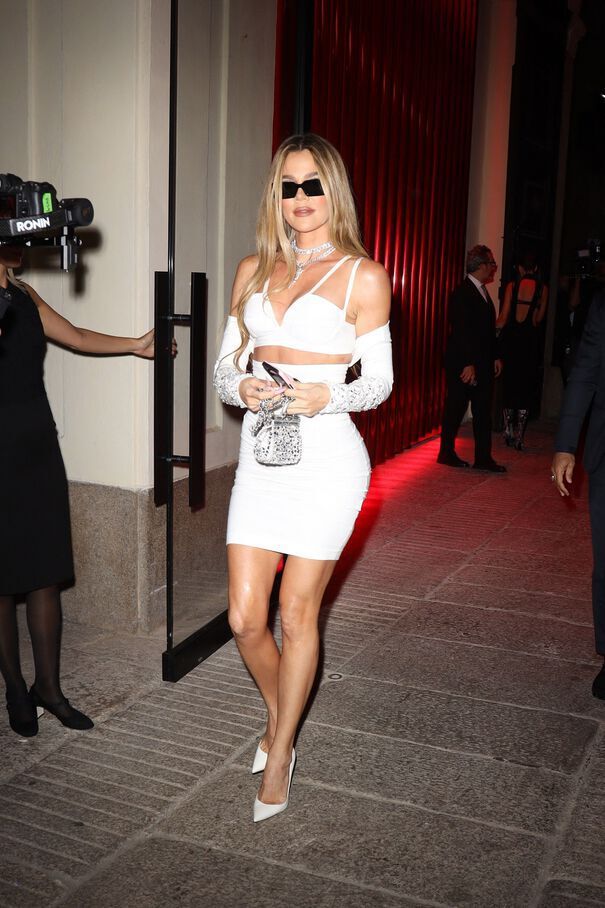