Kate Middleton: why she wears a poppy in all her last appearances

Kate Middleton, Princess of Wales, encouraged the England rugby team for the match on November 5, 2022. Recall that Kate Middleton, 40, replaces Prince Harry, Duke of Sussex, 38, as godmother England rugby teams since last February, Town and Country report. On Saturday, in a total red look, the wife of Prince William, Prince of Wales, 40, went to Wigan, Manchester. Kate Middleton came to encourage England who were playing the quarter-final against the Papua New Guinea team. It is a responsibility that the Princess of Wales must assume as patron of the Rugby Football League and the Rugby Football Union.

For the occasion, the queen of British royal fashion showed off in a perfect all-red outfit. Superimposed on a burgundy turtleneck, Kate Middleton put on a magnificent red coat. For the perfect spring look, the Princess of Wales added a pair of suede heeled boots to her outfit. As accessories and jewelry, the mother of Prince George, Princess Charlotte and Prince Louis, opted for pearl earrings without forgetting this little poppy that she wears during all her last appearances. Indeed, Kate Middleton always wears this pin during her last outings.

Kate Middleton: Princess of Wales encourages England and pays tribute to the military

It’s no coincidence that this poppy is still on the Princess of Wales’ outfits lately. The mother of Prince George, Princess Charlotte and Prince Louis wears this accessory in honor of military troops who have lost their lives in battle. The November 5 quarter-final match was a first for Kate Middleton. Town and Country recalls that Prince Harry has served as Patron of the RFL and RFU since 2016.

Kate Middleton, Princess of Wales, took up the torch in February this year. At the time, still a simple Duchess of Cambridge, Kate Middleton did not hide her enthusiasm. “I look forward to working with them at all levels of the Games, and cheering on England in what promises to be an exciting year for both sports!” Prince William’s wife said on her Instagram account and that of the former Prince of Wales – currently Charles III. 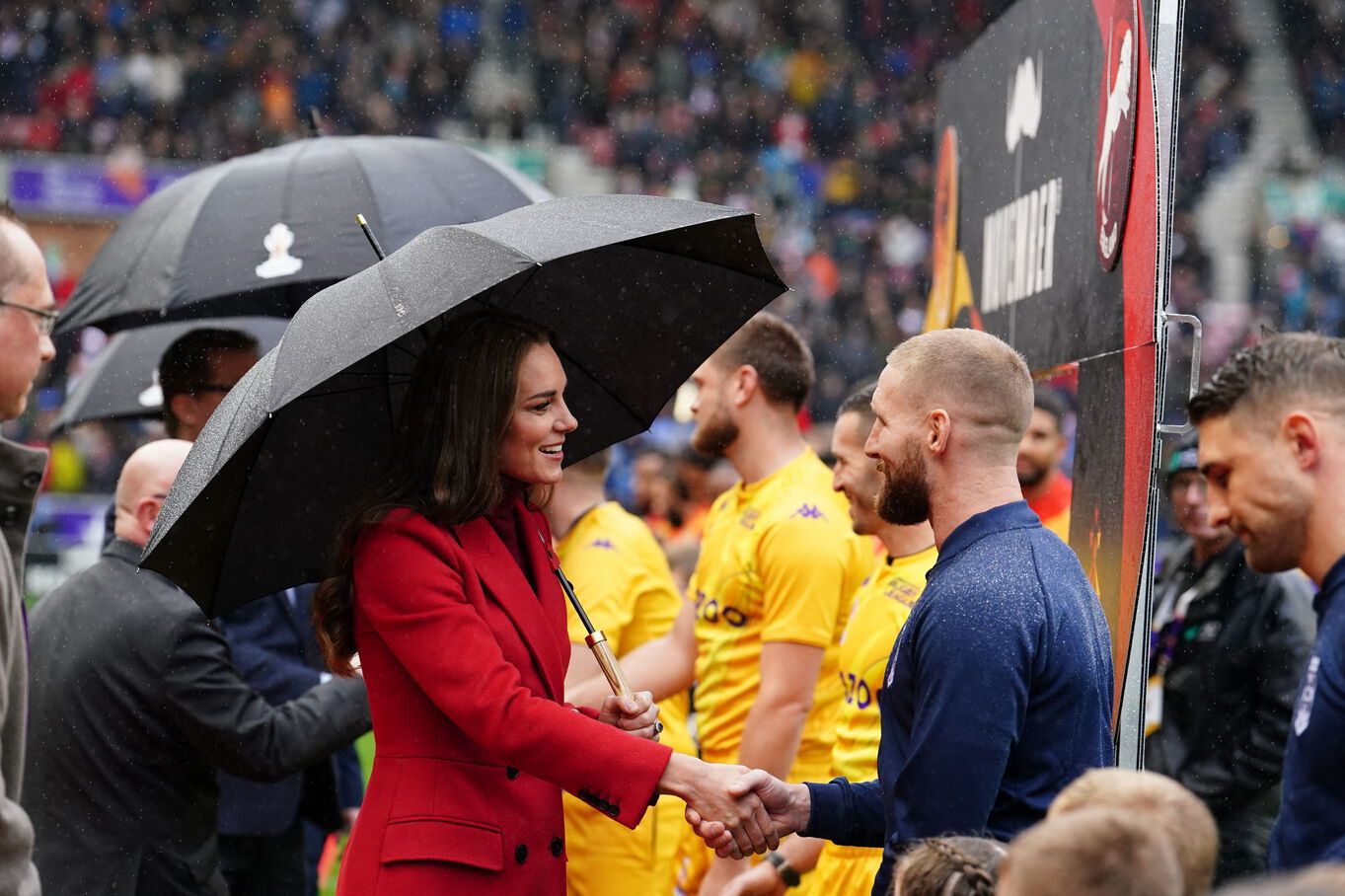