Kate Middleton: who is Emma Probert, who has been protecting her for more than 10 years?

Kate Middleton and Prince William are among the most active members of the royal family. If the Princess of Wales can indulge in all her commitments with complete peace of mind, it is partly thanks to her close security. Since 2010, Emma Probert has been responsible for protecting the royal, according to Gala. The longevity of Emma Probert on this post is not due to chance since she is very professional and leaves nothing to chance when it comes to the protection of Kate Middleton, 40 years old. Moreover, she had recently been rewarded for her devotion by the Prince of Wales. Emma Probert has been alongside Kate Middleton since her arrival in the British royal family.

Suffice to say, the Princess of Wales can truly count on Sergeant Emma Probert, close protection officer, since her engagement with the Crown Prince. It was on October 13 that the Windsors decided to honor the sergeant’s dedication. Thus, Emma Probert was named “member of the Royal Victorian Order”. This is a special distinction given only to those in the personal services of monarchs. It was at Buckingham Palace that this distinction was presented to Emma Probert by Prince William.

According to the Gala, Emma Probert was initially to ensure the protection of the princesses Beatrice and Eugenie of York. Only Emma Probert, a member of Scotland Yard’s protective services, was finally assigned as Kate Middleton’s close guard in 2010. The two women would have quickly sympathized, reports the Gala based on information from the Daily Mail. Note that Emma Probert was present at all the major events that Kate Middleton had attended. Moreover, the officer was even in the front seat of the Rolls Royce for the wedding of Kate Middleton and Prince William in 2011. Unfailing professionalism!

According to Gala sources, Emma Probert would be well equipped and would be armed at all times. She would have a 9mm Glock revolver and a taser on her at all times. Add to that the wearing of the bulletproof vest which would be permanent when she is in service with the royal family. With all this equipment necessarily comes knowledge in the field of close protection. Indeed, Emma Probert was trained in martial arts, reports the Daily Mail.

Entirely devoted to her work, Emma Probert still has a private life. According to Gala, the sergeant would be a widow since she lost her husband, Michael Probert, on March 15, 2009 following a skiing accident in the French Alps. He died at the age of 42. 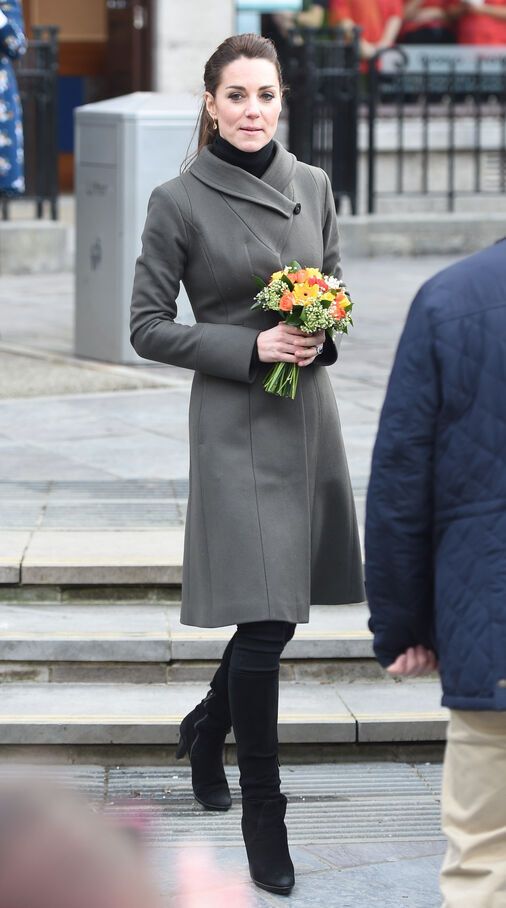