Kate Middleton unrecognizable: roughly retouched on the front page of a famous tabloid, the face of the princess is shocking

This Sunday, November 13, Kate Middleton attended Remembrance Day
A British tabloid has crudely retouched a photo of the princess
Internet users are outraged by this montage

What went through the mind of the Daily Mirror graphic designer? This is the question that has been agitating social networks since the publication of the last issue of the British tabloid … It must be said that looking at its front page, an image jumps directly to the eye: that of Kate Middleton. The newspaper has indeed chosen to write an article on the presence of the Princess of Wales at the traditional Remembrance Day… but by retouching her face roughly. Indeed, if the wife of prince William normally appears on the website of the Mirror, this is not the case on its cover. On this one, Kate Middleton has obviously been “aged” on image correction software, since her wrinkles are much more marked and her hair is slightly gray.

On Twitter, many Internet users cried foul when they discovered the cover of the tabloid. “What did they do to the photo of Princess Catherine? How disgusting to photoshop the photo that way!” Royal Tea with Brittany was offended. The shock was the same for royal commentator Dickie Arbiter: “Shameful what the Daily Mirror did to the face of the Princess of Wales, he protested in the caption of this very surprising cover. And note to the editor – HRH did not lead the salute to the dead – she was a spectator. The king led the salute – this subtitle is worse than the crown.” Internet users were also numerous to be especially shocked by this very badly retouched image.

href=”https://twitter.com/DailyMirror?ref_src=twsrc%5Etfw”>@DailyMirror done to The Princess of Wales’ face, and note to editor – HRH didn’t lead the salute to the fallen – she was a spectator. The King led the salute – that sub heading is worse than The Crown https://t.co/YiYdfuxikj— Dickie Arbiter LVO (@RoyalDickie) November 14, 2022

“Disgusting so disrespectful and humiliating to Princess Catherine…a reflection that shows just how hideous this diary is”, “I don’t think I’ve seen such a bad photo montage in a long time. If I were Catherine, I wouldn’t wouldn’t be happy. I showed the picture to my parents and they didn’t recognize it. They kept asking ‘who is that?’ until I told them,” “This is beyond disrespectful, not just to Catherine, but to the lives of all the people she was there to commemorate. Absolutely despicable,” one could especially reading. At this traditional ceremony, which was attended by all members of the Crown, Kate Middleton dazzled in a particularly sober outfit.

For the occasion, the Princess of Wales had trusted one of her favorite designers, Catherine Walker, since she wore one of her black asymmetrical coat dresses with diagonal details. Kate Middleton decided to highlight this outfit this high neck outfit without a necklace and accessorized her look with a pair of black gloves, a wide brimmed hat but also a pair of pearl earrings which belonged to the princess Diana. As tradition dictates, the Princess of Wales had therefore chosen a very sober outfit which highlighted her brooch in the shape of a poppy, a symbol used since 1921 to commemorate soldiers who have died in combat. 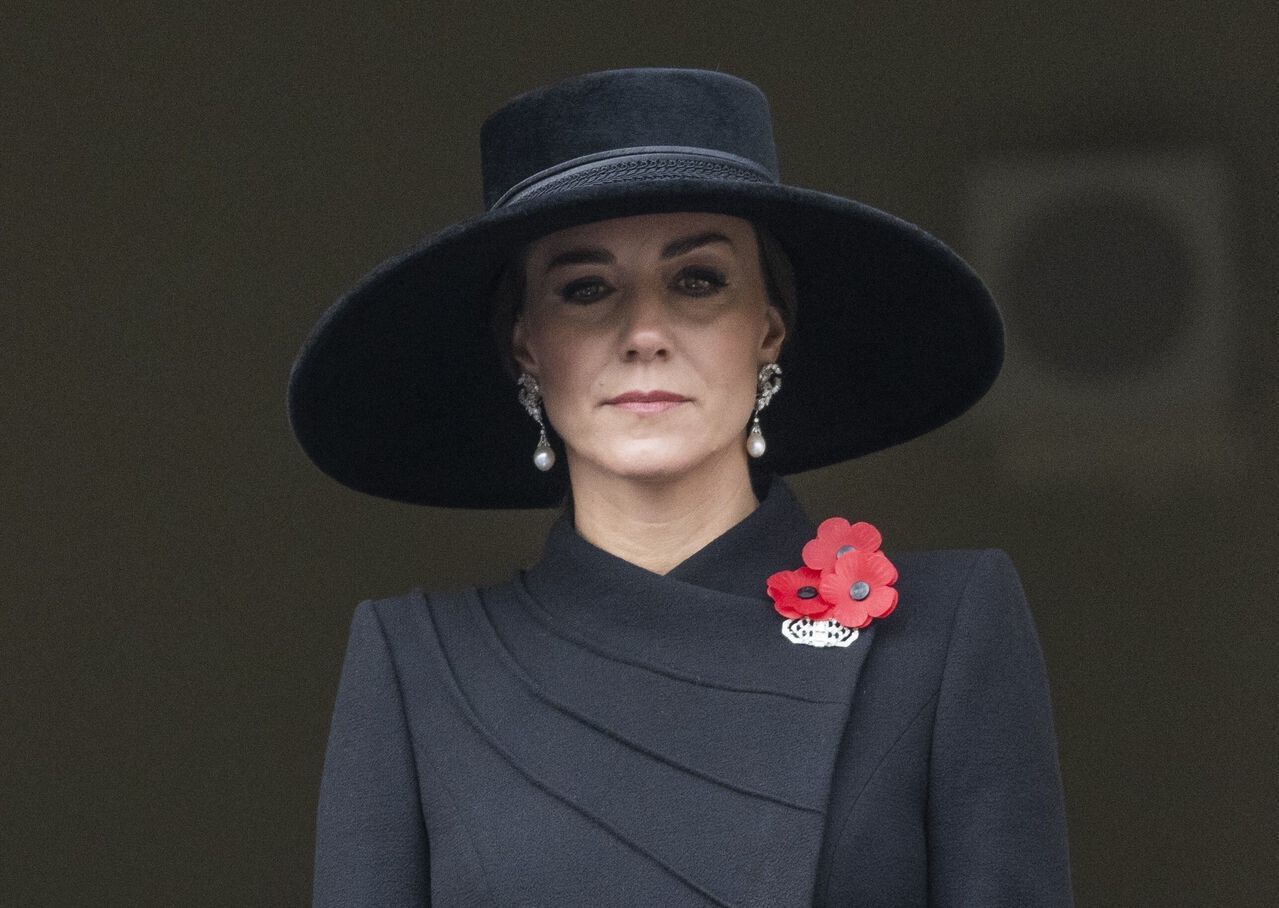