Kate Middleton: the very sober princess in a black coat and hat for a special day

This Sunday, November 13, the Crown attended Remembrance Day
To honor the dead soldiers, Kate Middleton chose a sober outfit
The Princess of Wales was spotted with Camille Parker Bowles

For the royal family, it is a special ceremony. This Sunday, November 13, the members of the British Crown attended, as every year, the Remembrance Day. But for the first time, this moving service took place without Elizabeth II but with King Charles III. During the day, all met in London at the Cenotaph war memorial for the National Remembrance Service or Remembrance Sunday. This annual ceremony, which always takes place the second weekend of November, pays tribute to people from the United Kingdom and Commonwealth countries who have lost their lives in war. This year, Kate Middleton sat alongside Queen Consort, Camilla Parker Bowles on the balcony of the Foreign and Commonwealth Office.

Meanwhile, their husbands Prince William and King Charles laid wreaths at the memorial before their eyes. As tradition dictates, the Princess of Wales wore a dark outfit that showcased her poppy-shaped brooch, a symbol used since 1921 to commemorate servicemen who have died in combat. Since the beginning of November, moreover, Kate Middleton has not parted with it either when she dazzled in red or bet on a monochrome outfit a few days later. For Remembrance Day, the mum of George, Charlotte and Louis chose to wear three poppies, perhaps to honor her great-grandmother’s three brothers who all fought and died in World War I.

For the occasion, Kate Middleton trusted one of her favorite designers, Catherine Walker. It is indeed on one of her black asymmetrical coat dresses with diagonal details on the front that she turned for this particular ceremony. The Princess of Wales wore this high-necked outfit without a necklace and accessorized her look with a pair of black gloves, a wide-brimmed hat and a pair of pearl earrings that belonged to Princess Diana. The day before, Saturday November 12, Kate Middleton and Prince William attended the Festival of Remembrance at the Royal Albert Hall in London. Like the other crowned heads, she had opted for a black ensemble and meaningful jewelry.

During this evening, Kate Middleton notably wore two pieces that once belonged to Elizabeth II: the dangling pearl earrings from Bahrain, offered for her marriage to Prince Philip, and a choker necklace in four-row pearls with a diamond piece in the center. This is the one that Her Majesty wore in 1983 when she went to a banquet in Bangladesh. “Pearls are one of the few pieces of jewelry you can wear in times of grief that are inextricably linked to Queen Elizabeth and her personal jewelry heritage, described Bethan Holt, author of The Queen: 70 Years of Majestic Style. is a symbol of the mourning of a monarch but also of a beloved grandmother or great-grandmother.” 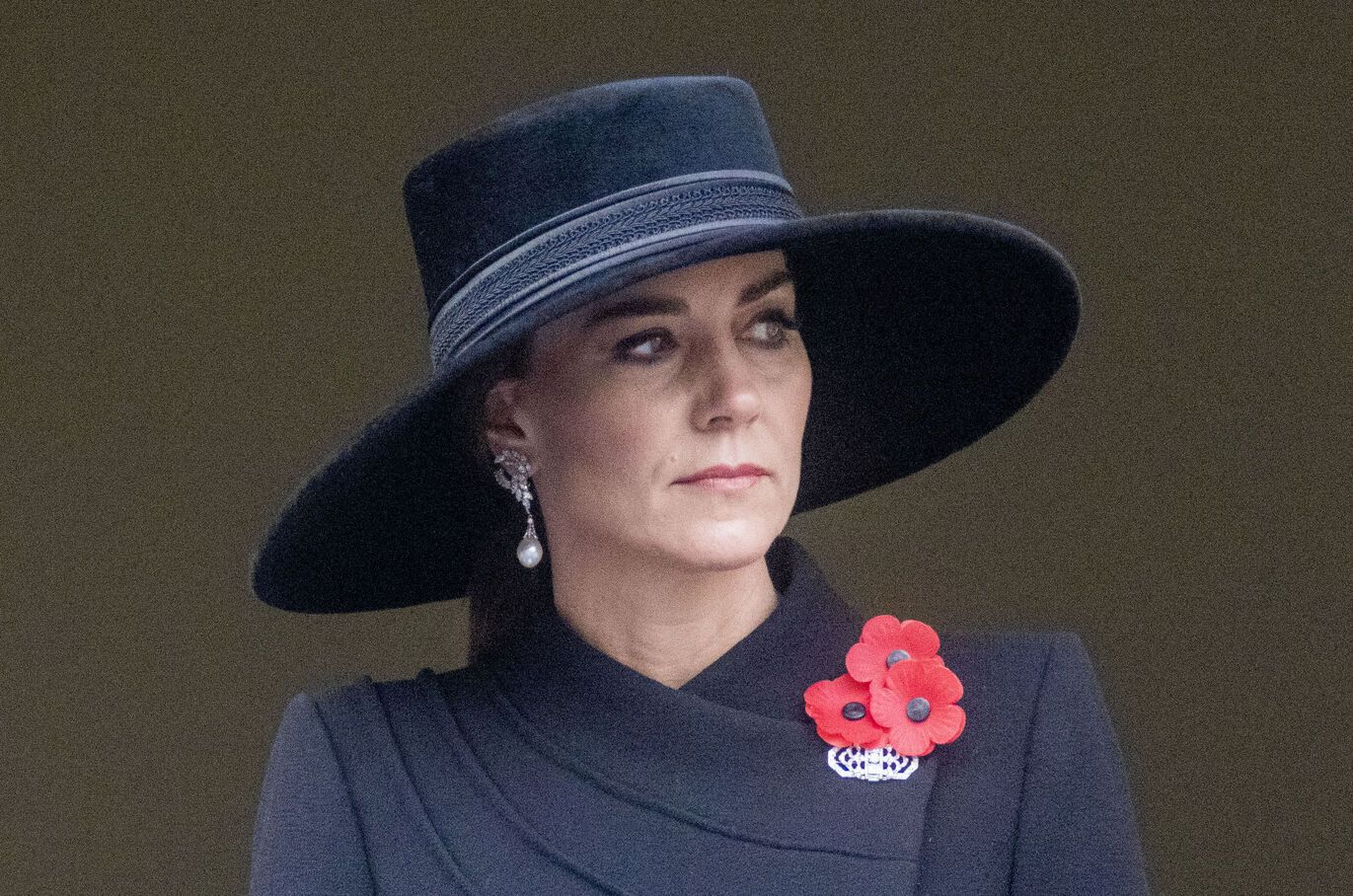