Kate Middleton sublime in royal blue: discover the price of her Chanel blazer for her last outing with William

Prince William and Kate Middleton stood out on Thursday, October 13, 2022. Indeed, the royal couple decided to go to the Copper Bow Arena at the Queen Elizabeth Olympic Park located in east London. They celebrated the 10th anniversary of the Coach Core charity, launched by the Royal Foundation. This independent association helps train future sports coaches and has, in particular, supported more than 750 disadvantaged young people.

During their visit, the Prince and Princess of Wales met some of the young people trained by the association and discovered the sports sessions on offer. A moment that Prince William is not about to forget since he was able to try boxing. In an article published by the Daily Mail, the tabloid reported that the son of King Charles III took part in boxing training. If he had worn the traditional boxing gloves, Prince William was not really dressed for the occasion. Indeed, he wore as often a very elegant suit. Not enough to scare him, however, since he hit the punching bag with a lot of enthusiasm.

During her outing with her husband, Kate Middleton attracted all eyes thanks to her usual elegance. For the occasion, the Princess of Wales wore a royal blue Chanel blazer. According to the Daily Mail, this is an original design from 1995, crafted in tweed in a cobalt palette. In addition to incorporating classic notch lapels, the garment has a double buttoning and embossed buttons adorned with the famous brand logo. A high-value coin sold at a price of 4,118 pounds, or approximately 4,777 euros.

As for the rest of her outfit, the mother of George, Charlotte and Louis had matched her blazer with wide black pants, heeled boots and a silver necklace signed Astley Clarke. A particularly classy outfit that did not prevent her from trying her hand at a sporting discipline as well.

Indeed, Rebecca English, the royal correspondent of the Daily Mail has shared several videos of the release of the prince and princess of Wales. On one of them, we can see Kate Middleton participating in wheelchair bowl training. It is a sport practiced by Paralympic athletes. As Prince William’s wife showed, the goal is to roll asymmetrical balls towards a smaller white ball. A discipline that requires a lot of precision. 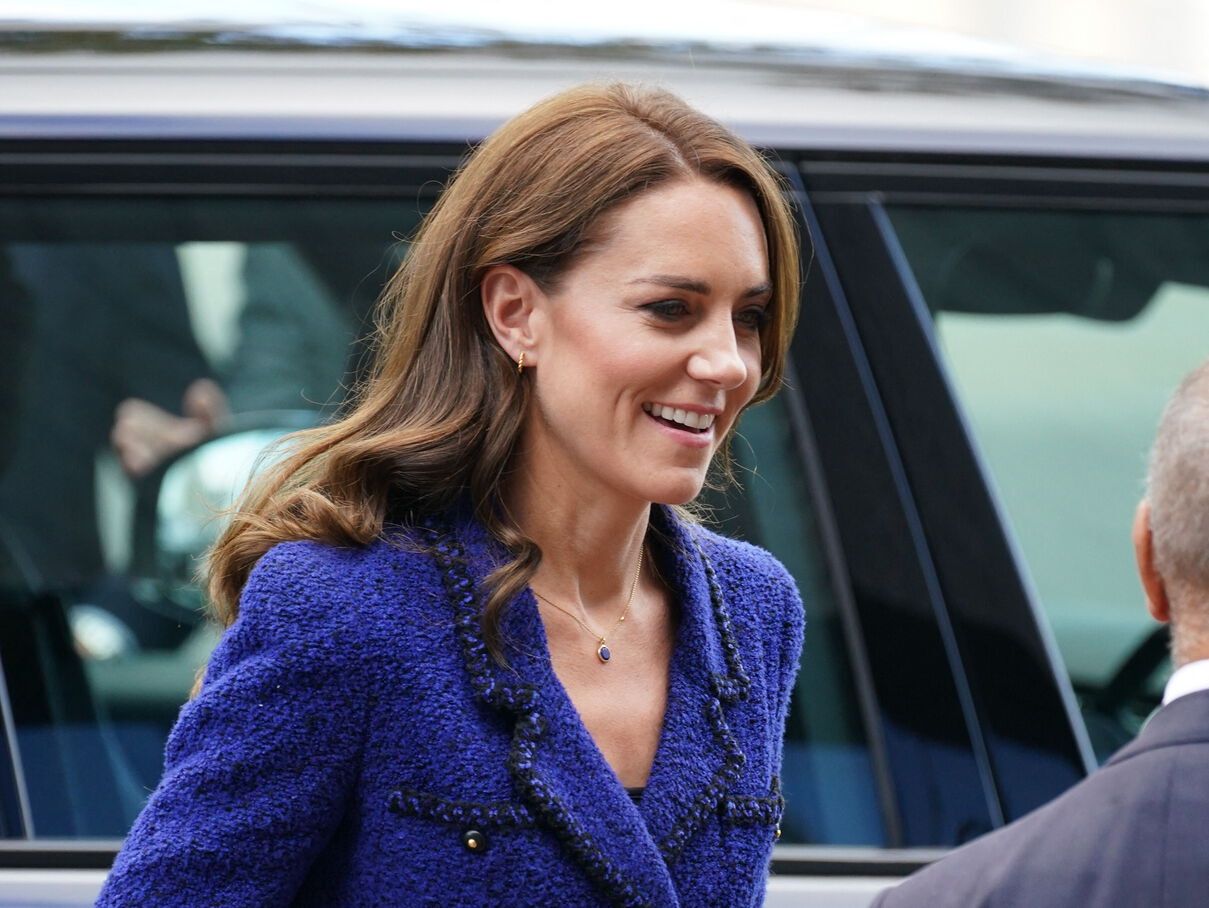