He is one of the figures of the British monarchy. Born January 9, 1982 in Reading, Berkshire, Catherine Middleton, known as Kate, is the wife of Prince William of Cambridge, second in line to the British throne. She now has three children: Prince George, born in 2013, Princess Charlotte, born in 2015, and Prince Louis, born in 2018.

What is the origin of Kate Middleton?

Of commoner birth, Kate Middleton is the daughter of Michael Middleton and Carole Goldsmith, a couple who made their fortune in the 1980s by founding a business specializing in the mail-order sale of party items. In the early 1920s, some members of the Middleton family married members of the British aristocracy, bringing them closer to the monarchy. As for the Goldsmith family, they descend from a line of coal miners.

Kate Middleton met Prince William in 2001 while studying at the University of St. Andrews in Scotland. According to the official version, Kate caught William’s attention while attending a charity fashion show held at the St Andrews Hotel. That day, Kate wore a sheer black dress by designer Charlotte Todd. Upon seeing her, the prince reportedly told one of his friends, “Wow, Fergus, Kate is hot!”

Kate and William formalized their relationship in 2003, when they were living with three friends. The couple therefore had to face the omnipresence of the paparazzi and the tabloids. A particularly difficult situation, which will cause their breakup in 2007. Nevertheless, the two students ended up finding each other. They announced their engagement on November 16, 2010 and were married on April 29, 2011 at Westminster Abbey. The ceremony was followed live by tens of millions of people, including 70 million on Youtube.

Since then, Kate and William have become the happy parents of 3 children: Prince George, born in 2013, Princess Charlotte, born in 2015, and Prince Louis, born in 2018.

Who are Kate Middleton’s children?

Kate Middleton has three children: Prince George, Princess Charlotte and Prince Louis. Born on July 22, 2013 in London, Prince George Alexander Louis is the heir to the crown of England. He was first educated at Montessori Westacre Nursery School and then at Thomas’s Battersea Private School, before joining the private Lambrook Preparatory School in 2022. According to the British tabloid The Sun, the young prince would be passionate about sport and art. He particularly likes drawing and football, but also ballet.

Born May 2, 2015 in London, Princess Charlotte Elizabeth II is the second child of Prince William and Kate Middleton. First educated at Willcocks Nursery School, she joined her older brother at Thomas’s Battersea in 2019 before moving to private Lambrook Preparatory School, also with Prince George. Mischievous, somewhat bossy, she is nicknamed the “Princess Warrior” by the media. “If you ask her, she’ll tell you she’s 16,” Prince William joked in 2021 during a visit to Babcock. “Charlotte says ‘I’m 6, now I do whatever I want.'”

The youngest of the siblings is none other than Prince Louis. Born in April 2018, the little boy never misses an opportunity to display his joker and mischievous character. In June 2022, on the occasion of the platinum jubilee of Elizabeth II, the little boy notably made the headlines after making his most beautiful faces on the balcony of Buckingham. Nonsense that earned him the nickname “Baby Boss”.

During a visit to the Little Village of Brent, a suburb of London, Kate Middleton admitted that she still considers Louis “her baby”, although he turned 4 on April 23, 2022. ” I still think of Louis as my baby, but he’s a little boy now,” she told People. But if she considers her youngest as the apple of her eye, Kate never hesitates to show authority. In June 2022, while Louis was acting up during Queen Elizabeth II’s Platinum Jubilee Parade, the forty-year-old mom didn’t hesitate to berate her son in public.

Like her husband, Kate Middleton shares her daily life on the Instagram account @dukeandduchessofcambridge. It is also on this account that the Duchess shares the photos she takes of her children, on the occasion of their respective birthdays.

According to the People site, Kate Middleton would not follow a strict diet but would opt for a healthy and balanced diet. She would usually cook dishes based on organic fruits and vegetables, as well as lean and protein-rich meats. In addition, the Duchess would be a fan of energizing and detox smoothies. His recipe? Spirulina, kale, matcha and red fruits. Something to stay in shape!

At the same time, Kate Middleton follows a very calibrated sports routine with the help of a personalized sports coach. According to the Daily Mail, she enjoys sports daily, including jogging, cycling and tennis.

Nevertheless, it happens to the Duchess to make some deviations! During an interview, Kate admitted to having a weakness for birthday cakes. She herself would spend hours preparing those for her children!

What is Kate Middleton’s perfume?

According to Susan Kelley, founder of the blog What Kate Wore, Kate Middleton wears a fresh and fruity perfume: Orange Blossom cologne by Jo Malone. Typically English, it is composed of clementine blossom, orange blossom and water lily, iris and balsamic vetiver.

What sports does Kate Middleton do?

Very athletic, Kate Middleton was captain of the Marlborough University hockey team when she was a student there. She also enjoys rowing, sailing, running, cycling and tennis.

As part of her activities for the British monarchy, the Duchess of Cambridge supports many projects and organizations related to sport. She is notably the godmother of the All England Lawn Tennis, the Croquet Club, the Rugby Football Union and the Rugby Football League. In addition, in 2018, she founded Coach Core, a program offering training to future sports coaches. She also attends the Wimbledon tennis tournament annually. 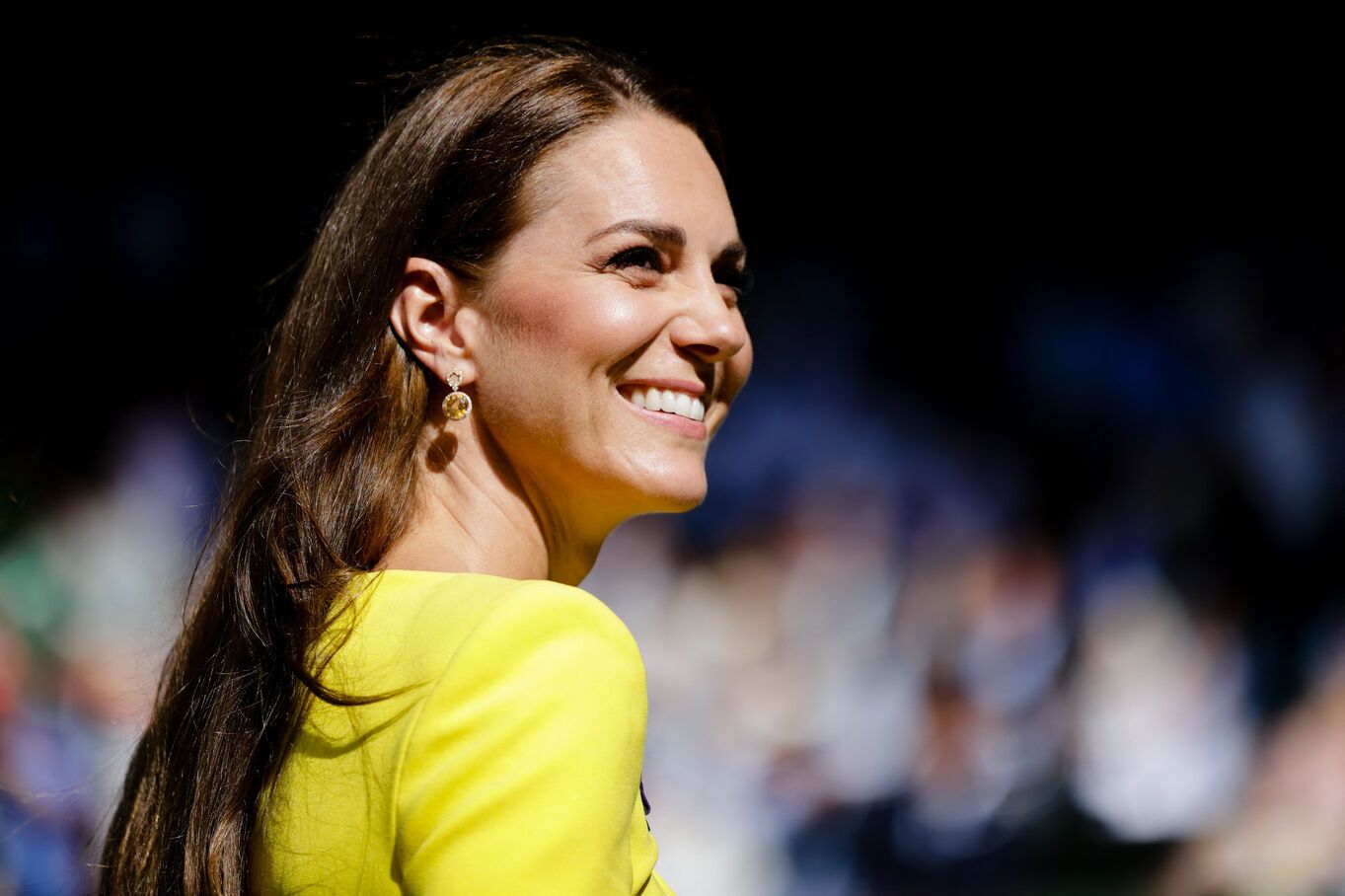