On November 13, members of the royal family attend Remembrance Sunday.
The event serves to honor those who fell in battle during World War II.
Camilla Parker-Bowles, Queen Consort, was particularly anxious during the ceremony, according to an expert.

Members of the Royal Family attended Remembrance Sunday, Sunday November 13, 2022. At the commemoration held at the Cenotaph in London. Kate Middleton, Princess of Wales, 40, and Camilla Parker-Bowles, Queen Consort, 75, were spotted on the balcony of the Foreign Office during the ceremony. King Charles III of England, 74, and other members of the royal family laid wreaths to honor the war dead. This is the first commemoration since the death of Queen Elizabeth II of England, recalls the Mirror.

Judi James, a body language expert quoted by the British media, mentions having noticed an anxious Camilla Parker-Bowles. “Watching from the balcony, Camilla combined signals of royal duty with some signs of anxiety,” the expert told the Mirror. The body language expert explained that the wife of Charles III showed signs of overt anxiety. The queen consort seemed unable to stay completely still. At one point, Camilla Parker-Bowles chatted with Kate Middleton, Princess of Wales, staring straight ahead. According to Judi James, the queen consort should have turned in Kate’s direction at that precise moment. In contrast to Camilla Parker-Bowles’ anxious gesture, Prince William’s wife made a compassionate gesture.

Camilla and Charles III: the queen consort and the king of England deeply touched during the commemoration

“Kate quickly turned her head in a gesture of polite concern,” says the specialist. “Kate’s calm and very still body language contrasted with Camilla’s nervous movements, which were most evident in the flapping of the hymn sheet that her two hands were fiddling with throughout the ceremony,” she added. The body language specialist also deciphered a Charles III “on the verge of tears as he remembered his mother and those who fell in battle”. Judi James came to this conclusion by interpreting the monarch’s lonely, lost-in-thought look as well as the drawn-down corners of her mouth not to mention “the rapid blinks of her eyes.” 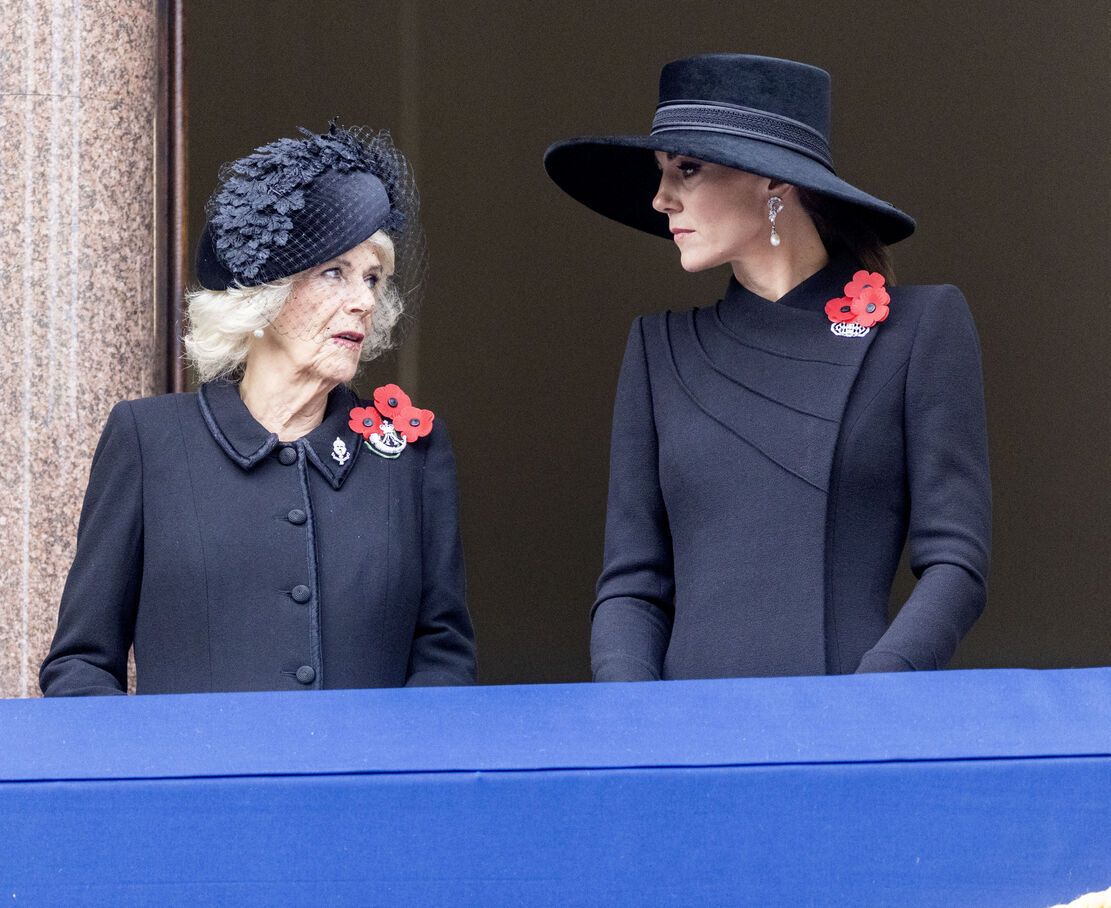