Kate Middleton: great first in 3 years for the princess at the Buckingham Palace banquet

This Tuesday, November 22, Buckingham Palace organized its first state banquet of the reign of Charles III
On this occasion, Kate Middleton was beautifully dressed
And wore for the first time in three years, a tiara

This Tuesday, November 22, 2022 was a big day for Kate Middleton. Indeed, it is the first time that she has attended an official banquet at Buckingham Palace as Princess of Wales. So, to mark the occasion, Prince William’s wife released one of her most beautiful dresses. To welcome the President of South Africa, who came for the occasion, the mother of George, Charlotte and Louis chose a white dress, set with stones on her shoulders. If she had to wear a tiara that belonged to Lady Diana, Kate Middleton arrived wearing a diamond and pearl tiara.

But it’s not just any gem. Indeed, it is the first time in three years that the Princess of Wales has worn a tiara called the Queen Mary’s Lover’s Knot. With its pearls hanging from diamond knots, the piece of jewelery was also a favorite of her mother-in-law, Princess Diana. According to the court jeweler, the tiara is over a century old and was originally commissioned from jeweler Garrard by Queen Mary in 1913. It is a replica of a tiara belonging to the Grand- mother of Mary, Princess Augusta of Hesse, Duchess of Cambridge.

Kate Middleton resplendent with her tiara

To complete her outfit, Kate also wore earrings that previously belonged to Princess Diana and a bracelet from Queen Elizabeth’s jewelry box. She also added the Royal Family Order and the Dame Grand Cross star and sash of the Royal Victorian Order. Prince William was not without remains, as he was dressed in his Garter Star costume, the Thistle Star and three miniature medals for the three Queen Elizabeth Jubilees of which he was a part (Gold in 2002, Diamond in 2012 and Platinum in 2022). On the occasion of the arrival of the sur-African president, the British royal family really wanted to mark the occasion. Thus, President Ramaphosa sat between King Charles III and Kate Middleton, while South African Foreign Minister Naledi Pandor sat alongside Queen Camilla and Prince William at the table.

More than 1000 glasses used during the meal

The table was decorated with more than 100 ivory-colored candles in silver-gilt candelabra. 23 floral arrangements were laid in vermeil centerpieces, many of which were purchased by King George IV in the 19th century. Seasonal flowers from Buckingham Palace and the gardens of Windsor Castle were used for the flower arrangements. Over a thousand glasses were used at the state banquet. And for good reason: each guest receives six glasses, with another glass of champagne for the toasts also provided. 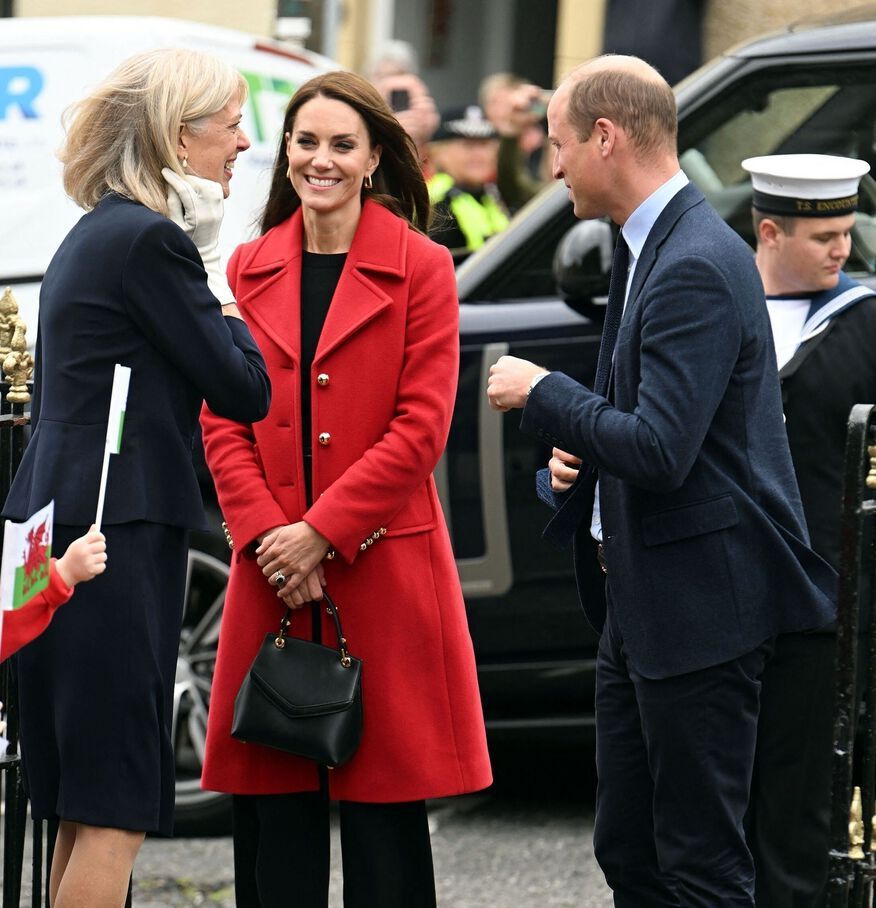