Olena Zelenska represented Ukraine at the funeral of Queen Elizabeth II.
She spoke the day before during a meeting with the new Princess of Wales, Kate Middleton.
Kate Middleton and Prince William had already given their support to Ukraine.

The funeral of Queen Elizabeth II took place on Monday, September 19, 2022. During the ceremony held at Westminster Abbey, London, many world leaders made a point of being present to pay their last respects to the monarch to the reign of 70 years. Among them, Olena Zelenska, who represented Ukraine at the moving ceremony. The latter went alone to the United Kingdom, her husband President Volodymyr Zelensky having remained in his country at war against Russia.

After her arrival in England, the Ukrainian First Lady gathered at Westminster Abbey. Like many Britons, she insisted on approaching the coffin of Elizabeth II, then exposed to the public since Wednesday, September 14. Very moved by the death of the queen, Olena Zelenska had been seen shedding a tear in front of the coffin. A moment filled with emotion for the wife of the Ukrainian president.

Sunday September 18, Kate Middleton who received the title of Princess of Wales previously belonging to Diana Spencer, welcomed Olena Zelenska. The two women spoke at Buckingham Palace, on the eve of the Queen’s funeral. They were photographed chatting in one of the palace’s lounges. This interview marked the first for Prince William’s wife since acquiring her new royal title.

If the conversation between the two women has not been revealed, it is likely that they mentioned the death of the mother of King Charles III, but also the situation in Ukraine. Indeed, Prince William and his wife had already given their support to the country at war. They said: “In October 2020, we had the privilege of meeting with President Zelensky and the First Lady to hear their hope and optimism for the future of Ukraine. Today, we stand with the President and of all Ukrainian people as they bravely fight for that future”. In March 2022, the parents of George, Charlotte and Louis had also moved to the Ukrainian Cultural Center in London to talk about the support deployed by the United Kingdom and the rest of Europe to help Ukraine.

The new Princess of Wales paid tribute to Lady Di

The interview between Kate Middleton and Olena Zelenska was of particular interest since it showed the importance of the functions now attributed to the wife of Prince William. Now that the latter is first in the line of succession to the throne, the couple should be even more present and engaged on a daily basis. The awarding of the prestigious title of Princess of Wales to Kate Middleton also marks a change for the daughter-in-law of Lady Diana. A royal source recently told People magazine: “The new Princess of Wales appreciates the history associated with this role, but will naturally want to look to the future as she forges her own path.”

However, no question for Kate Middleton to forget who this role belonged to. During her meeting with Olena Zelenska, Prince William’s wife paid a discreet tribute to her mother-in-law by wearing a three-row pearl bracelet from Diana’s private collection and created by designer Nigel Milne. For the royal family, wearing pearls as “mourning jewelry” has been a tradition since Queen Victoria. As usual, Kate Middleton followed the protocol to the letter, while paying a beautiful tribute to the mother-in-law she never got to know. 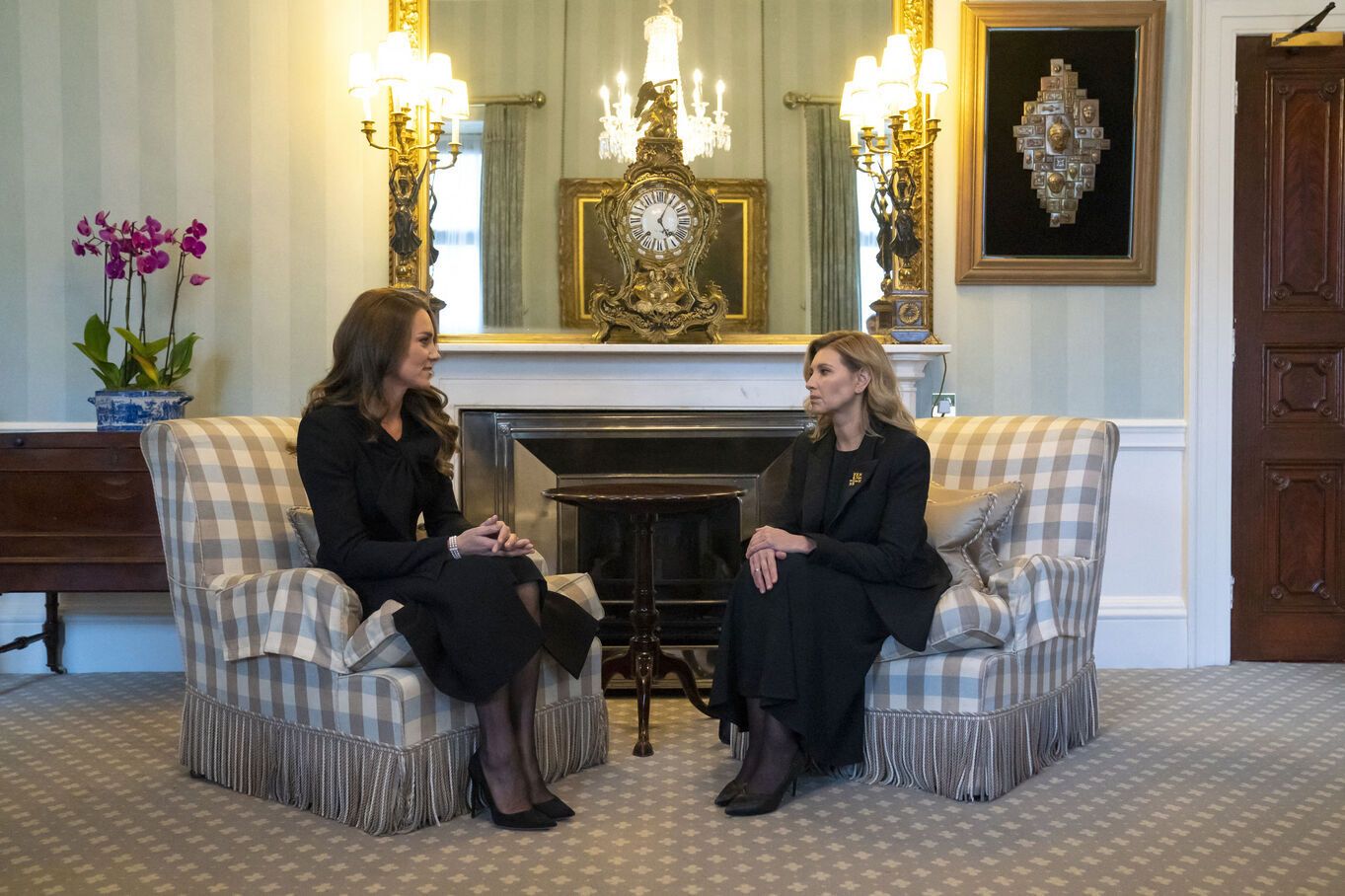