Kate Middleton: discover the price of her elegant polka dot dress for the return of her children to Lambrook

It’s back to school for the children of the Prince and Princess of Wales on September 7th.
Prince William was seen holding hands with Princess Charlotte.
Dressed in a beautiful polka dot dress, Kate Middleton, meanwhile, held the hands of her two sons, Prince George and Prince Louis.

Kate Middleton, now Princess of Wales after the death of Elizabeth II, will surely remain a fashion icon. The day before the 96-year-old monarch died, Kate and William were spotted taking their three children to their new school. For Prince George, Princess Charlotte and Prince Louis, it’s now back to school since September 7, 2022. After their recent move to Adelaide Cottage, near Windsor, the children of Prince William and Kate Middleton are now schooled at Lambbrook.

On September 7, 2022, a day before the death of Queen Elizabeth II of England, with a big smile on her lips, Kate Middleton, 40, was very radiant. For the first day of the return to school for her three children, the former Duchess of Cambridge had opted for a brown polka dot dress from the Rixo brand. The midi dress that the new Princess of Wales has chosen features a copper color and three-quarter length sleeves. The look of Prince William’s wife is a bit vintage. She paired it with a pair of chic Gianvito Rossi branded heels.

Kate Middleton: the new Princess of Wales opts for a dress for less than 350 euros 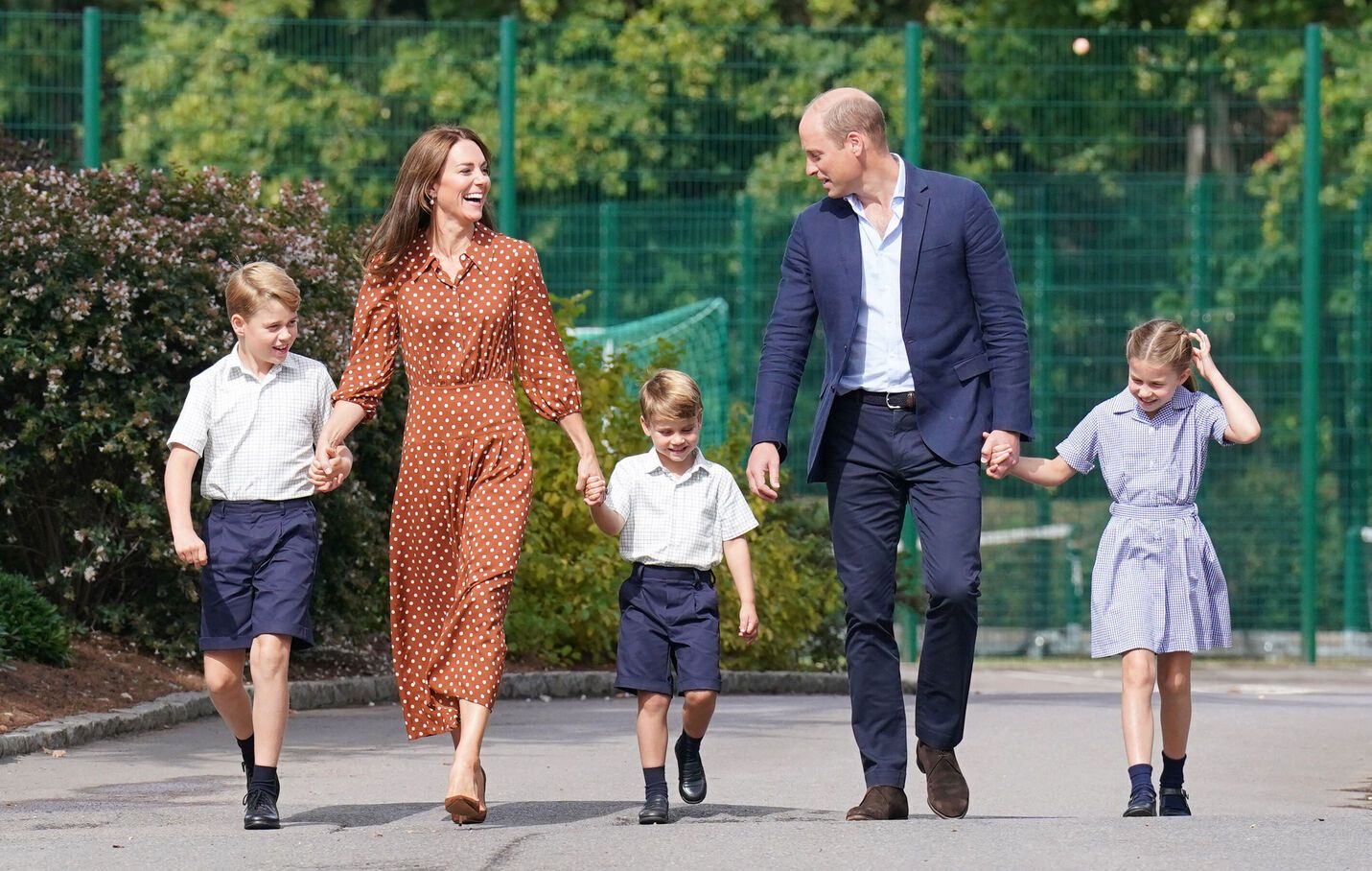