Kate and William: the couple relieved of the departure of Meghan and Harry after the funeral of the queen, an insider balances

Between the Prince and Princess of Wales and Prince Harry and Meghan Markle, relations do not seem to be very peaceful. Indeed, only a few hours after the funeral of Elizabeth II, which took place on September 19, 2022, the parents of Archie and Lilibet made the decision to return home to Los Angeles to find their children. A departure that would seem to suit Prince William and Kate Middleton. In any case, said a royal correspondent for Vanity Fair. “After Harry announced his departure, William summoned aides to discuss the future, in what some in William’s circle called the ‘Anmer Summit’,” the royalty journalist said.

At the same time, the new Prince of Wales and his wife felt relieved, saying “the drama was over”. At present, the eldest son of King Charles III would not be able to forgive his little brother for having made the decision to withdraw from his royal obligations as well as from all the events that followed. For their part, the Duke and Duchess of Sussex were very happy to leave the United Kingdom to find their children. As a reminder, they had to live for several days without them since they had arrived in Europe at the beginning of September 2022, to participate in charity events.

It was during their stay that Queen Elizabeth II breathed her last. They therefore made the decision to stay on site to participate in all the tributes that were to be paid to him. This is the longest time the couple has spent without their children. Even if they had their minds busy with the funeral of Elizabeth II and all the protocol that accompanies it, they thought a lot about their children and were eager to find them. The relative of the royal family still assured that they could speak to Archie and Lilibet via video calls every day.

During the funeral of Elizabeth II, the Sussexes seemed to be very close and more in love than ever. “We saw the comfort that Harry gave to Meghan during the moments when they walked together and then had to go in different directions,” described Pranav Bhanot, a guest. “I noticed how supportive Harry was of Meghan. When they parted ways after the ceremony, he shook her hand firmly. I felt he wanted to make sure she felt comfortable. ” Conversely, Meghan Markle was present for her husband during all the stages of the tributes. “The best word to describe Meghan’s body language at the funeral was ‘low key,'” Judi James told Page Six.

Prince Harry and Elizabeth II have always had a special bond

Although relations seemed to be very strained between Prince Harry and the rest of the royal family lately, a historian assured that the queen, who died at the age of 96, had always carried him very high in his heart. They have always had a special bond. “I think she was one of the go-betweens between Windsor and California, and it would have been one of her dearest wishes for the family to fix things,” Robert Hardman explained.

When the death of his Majesty was announced, the lovers had paid him a tender tribute. “Grandma, as this latest parting brings us great sadness, I am eternally grateful for all of our encounters – from my earliest childhood memories with you (…) to the first moment you met my beloved wife and you hugged your beloved great-grandchildren. I cherish those times shared with you, and the many other special moments between us,” they wrote. 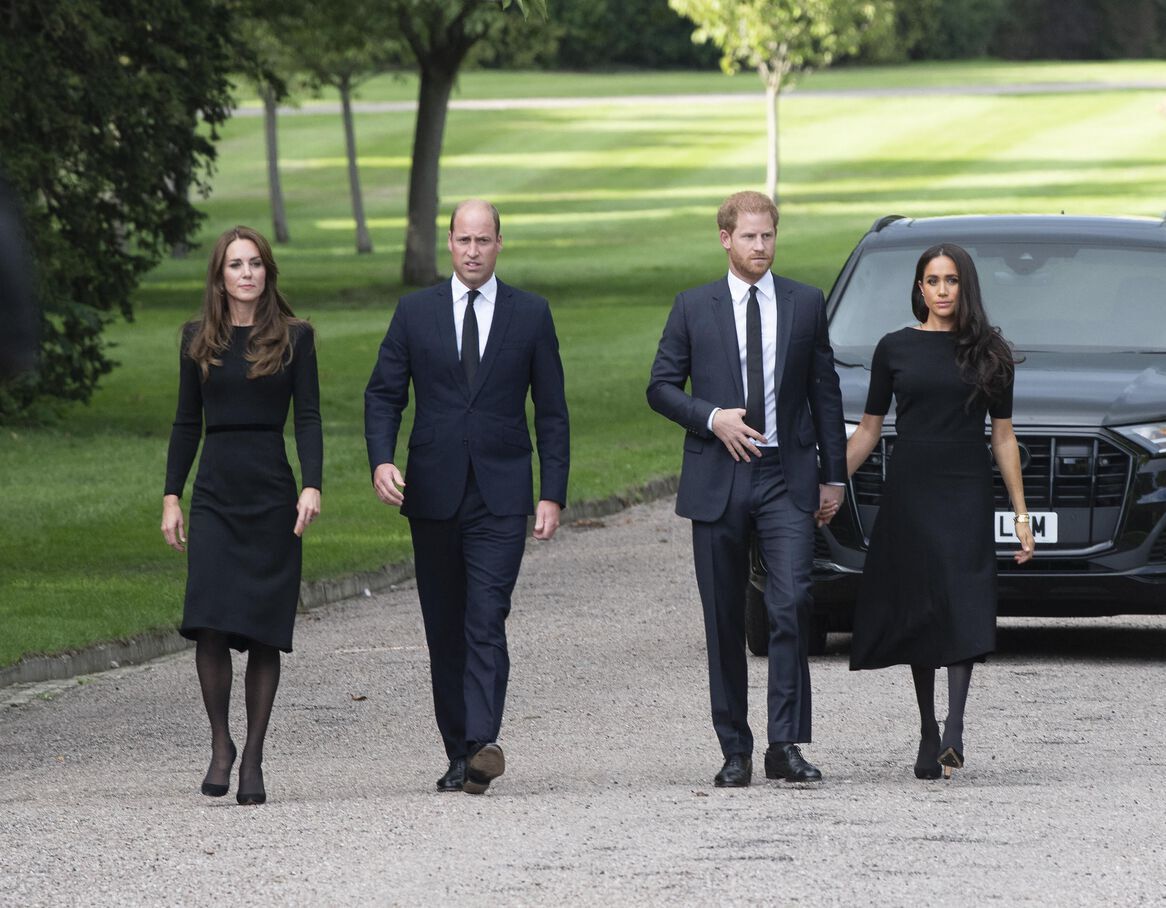 The Prince and Princess of Wales, Prince Harry and Meghan Markle © Agency