Kate and William in Ibiza: this severe reframing of the Duchess of Cambridge during a vacation with friends The Cambridge fairy tale wasn’t always sprinkled with glitter. Yet between Kate Middleton and Prince William everything started like in the books. Chance or fate, the two met on the benches of St. Andrews University, in Scotland, where they followed a course in art history. “In fact, I turned bright red when I met you and I felt very shy about knowing you, she said in 2010, in an interview granted after her engagement. William was not there for quite a while initially, he wasn’t around during Fresher’s Week, so it took us a while to get to know each other.” Between the future king of England and the anonymous student, a friendship was quickly created during the first semester of classes.

“When I met Kate for the first time, I knew she had something very special, Prince William said years later. I knew there was maybe something that I wanted to explore there.” However, at the start, neither one nor the other imagined getting into a relationship. But that all changed one autumn evening, when Kate Middleton dazzled Prince William when she paraded in lingerie for a charity event. “Wow, Fergus, Kate is hot!”, would have launched the son of prince Charles and Lady Diana to one of his friends. At the time, however, the Duke of Cambridge did not try his luck. He preferred to wait to move in with Kate Middleton and two of their friends to try to capture her attention… but above all her taste buds! “I was trying to cook these incredible dinners,” Prince William later confided.

Kate and William: this photo shoot they regret

“Except that I always burned something or something overflowed …”, joked the Duke of Cambridge, who has many qualities but not that of cordon-bleu. The clumsiness of the young man in any case seduced Kate Middleton and the couple was born to the surprise of their roommates. “I think at first they were a little surprised that it happened, admitted Prince William. Then they realized it was really cool.” During the first months of their relationship, the lovebirds managed to contain the rumor at the buildings of Saint Andrews. But everything changed in 2004, when paparazzi captured the two lovers skiing together in the Swiss Alps. Kate Middleton, then a young girl among many others, was propelled overnight into the spotlight and into the front page of the tabloids.

As often, the newspapers were not kind to this new arrival within the Crown. The non-aristocratic past of Kate Middleton has been singled out. They called her family “middle-class Middletons” and mocked the work of Kate Middleton, then a buyer for the Jigsaw clothing chain. She, who only dreamed of a normal life away from the spotlight like her mother-in-law, tried everything to go as unnoticed as possible. But complicated to be incognito in Ibiza, especially when you are one of the most prominent couples of the moment. In 2006, the lovers accompanied by Pippa and James, Kate’s sister and brother and William’s best friend, took advantage of a few days of vacation on the Spanish island. Carefree, the gang went to one of the most famous clubs in the world: the Pacha. On site, they enjoyed a set by Erick Morillo, the legendary DJ to whom we owe in particular I Like To Move It, who died at 49 in 2020.

Kate and William: why they separated for a few months

“Interestingly, of the tight-knit royal clique that visited clubs with increasing regularity, Kate Middleton was perhaps the most aware of the bad impression they were creating,” the author and host wrote in 2008. Vicky Ward. With his boyfriend, Guy Pelly, Prince William had inherited a very ironic nickname, the “court jester”. So when the two young men got on mopeds to tour Ibiza in a good-natured atmosphere, Kate Middleton lost her calm. “She came out of the house they were renting and, like a matron, told them to stop: ‘Anyone could watch! Get out the back and stop behaving like a child!’ woman, much more responsible than her boyfriend. Media pressure, and Prince William’s taste for debauchery, pushed the young woman to the limit.

In 2007, the couple broke up. His celibacy, the then 24-year-old prince celebrated by standing on a pub table where he shouted loudly: “I am free!” During the months of April and May 2007, Kate Middleton also multiplied the festive evenings in the company of her sister Pippa, who in the meantime had become her roommate. “She had always put William first and she thought it was a chance to do something for herself,” a close friend of the Duchess told the Daily Mail. But the separation did not last long since in June 2007 Prince William and Kate Middleton put aside their differences to give themselves a new chance. “At the time, I was not very happy with this breakup, but in fact, it made me stronger,” said Kate Middleton later. Stronger yes, but also more severe with his companion. For their story to finally work, there’s no longer any question of him responding to the sirens of the party or risk having his suspenders pulled up.

Kate and William, their love stronger than anything

Out of love, and also to respect his royal rank, Prince William listened to Kate Middleton. The rest, we all know. In November 2010, after years of a rocky relationship, the two announced their engagement and the bride-to-be donned a symbolic ring on her ring finger, a sumptuous sapphire set with white diamonds that belonged to Lady Di. Their wedding took place before the eyes of a billion curious people, and of the entire royal family, on April 29, 2011 in the emblematic Westminster Abbey. Since then, the former art history students have welcomed three children: Prince George, born July 22, 2013, Princess Charlotte, born May 2, 2015, and Prince Louis, born April 23, 2018. More than ten years after their marriage, Kate and William form a solid couple whose complicity is a pleasure to see and are preparing to ascend the throne of England. 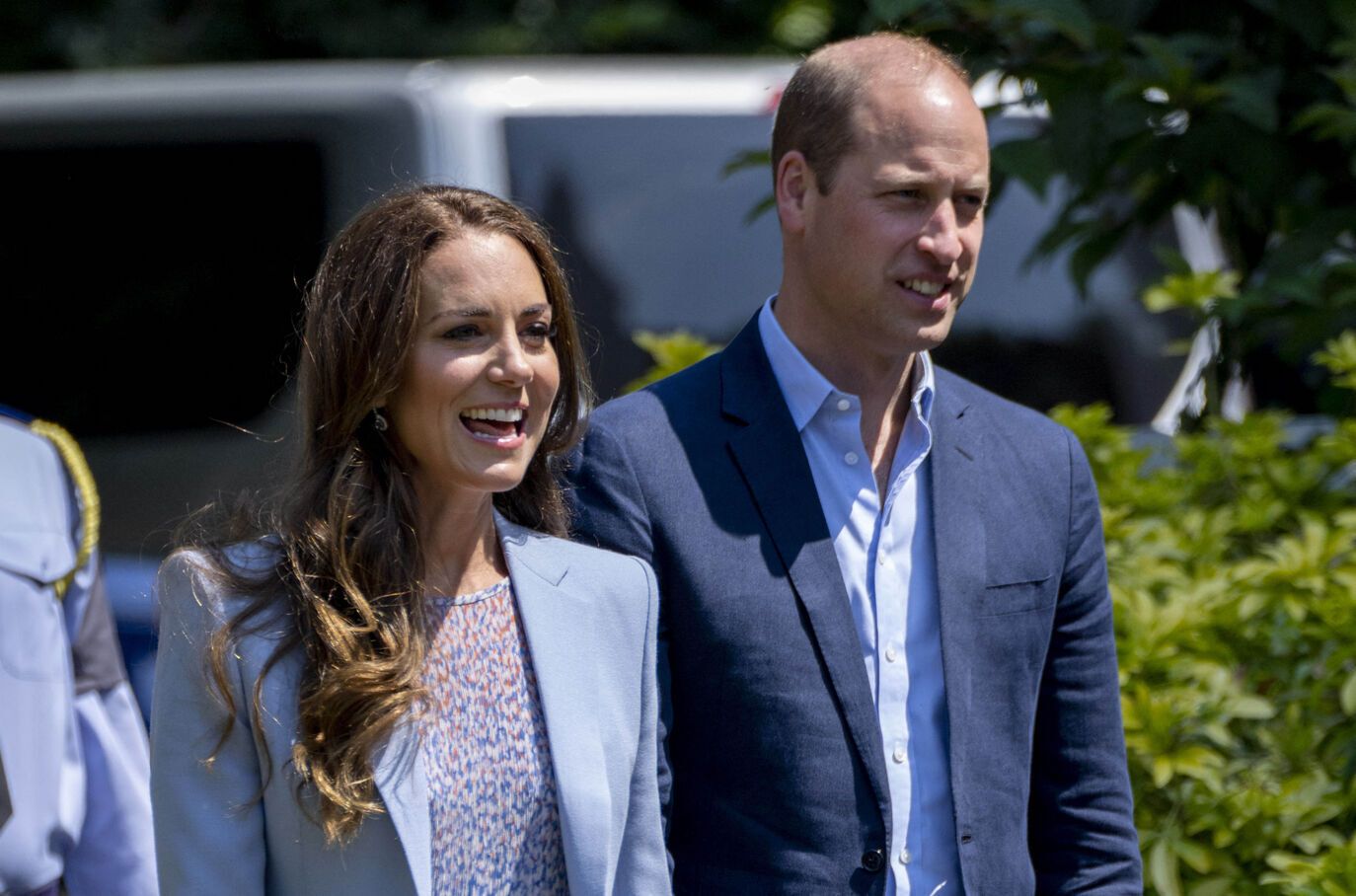