Rare secrets. While Johnny Hallyday died five years ago, Laeticia Hallyday came back for the first time in the long term on this loss. And especially on the last months of the life of her man. It was in the middle of a motorcycle road trip with his friends that Johnny Hallyday felt that something was wrong. He then had difficulty breathing. It was enough for his wife to push him to consult. But while doctors suspected an infection and planned an operation, they quickly realized that the matter was much more serious. Johnny Hallyday was actually “suffering from severe, inoperable, stage 4 lung cancer”. The doctors announced to Laeticia that her husband had “only three months left to live”, as she recounts in the M6 ​​documentary, Johnny by Laeticia, broadcast this Thursday, December 8. Laeticia’s world naturally wavered.

“Not ready for that”, she did “not dare to tell him the truth”. She even asked the doctors not to reveal to her that he had only three months left “because otherwise he would not have clung to life”, she explains. Johnny Hallyday was therefore certain that he was going to beat this cancer and preferred to concentrate on the Vieilles Canailles tour. Even if Laeticia Hallyday found this decision “suicidal”, she accompanied him throughout. Especially since Johnny “had this sentence that floored me: ‘If I don’t do this tour, it’s because I’m dead'”, remembers tight throat Laeticia Hallyday. He therefore ensured the show … not without help. “The first concert, he had to leave the stage five or six times with the doctor who was at the edge of the stage to give him oxygen”, reports Jean-Claude Camus.

Johnny Hallyday in a wheelchair and fed by tube

It’s even a whole hospital that they have set up behind the scene “with oxygen, doctors who give him injections in the stomach when he takes a break between two songs”, specifies Laeticia. And to develop: “We left the hospital, escorted by the police to go faster, and we arrived half an hour before Johnny went on stage. It was impressive to see him fight on stage. And to prevent him from getting exhausted while walking, the Taulier was transported by golf cart to the stage. So many stratagems that allowed Johnny to go through with this tour. It was shortly after that his health really deteriorated. After a stay in Saint-Barth, Johnny, Laeticia, Jade and Joy Hallyday had to “join Los Angeles for the start of the school year but it turned out to be impossible”, reveals Laeticia. Johnny was in too bad shape.

“The only way to soothe the pain was to put morphine patches on the most painful places,” recalls his widow with sadness. And to detail: “Johnny was hospitalized for respiratory distress on November 13 at the Bizet clinic and on November 18, we returned to the Savannah in Marnes-la-Coquette. He was placed on respiratory assistance.” The cancer had then spread and Johnny Hallyday – with a few exceptions – could only move around in a wheelchair and was fed by nasal tube. “I thought we were going to get there but things happened very very very quickly”, regrets Laeticia Hallyday in tears. Finally, Johnny Hallyday bowed out on December 5, 2017 surrounded by his wife and their two daughters, but without being able to say goodbye to David and Laura Smet. 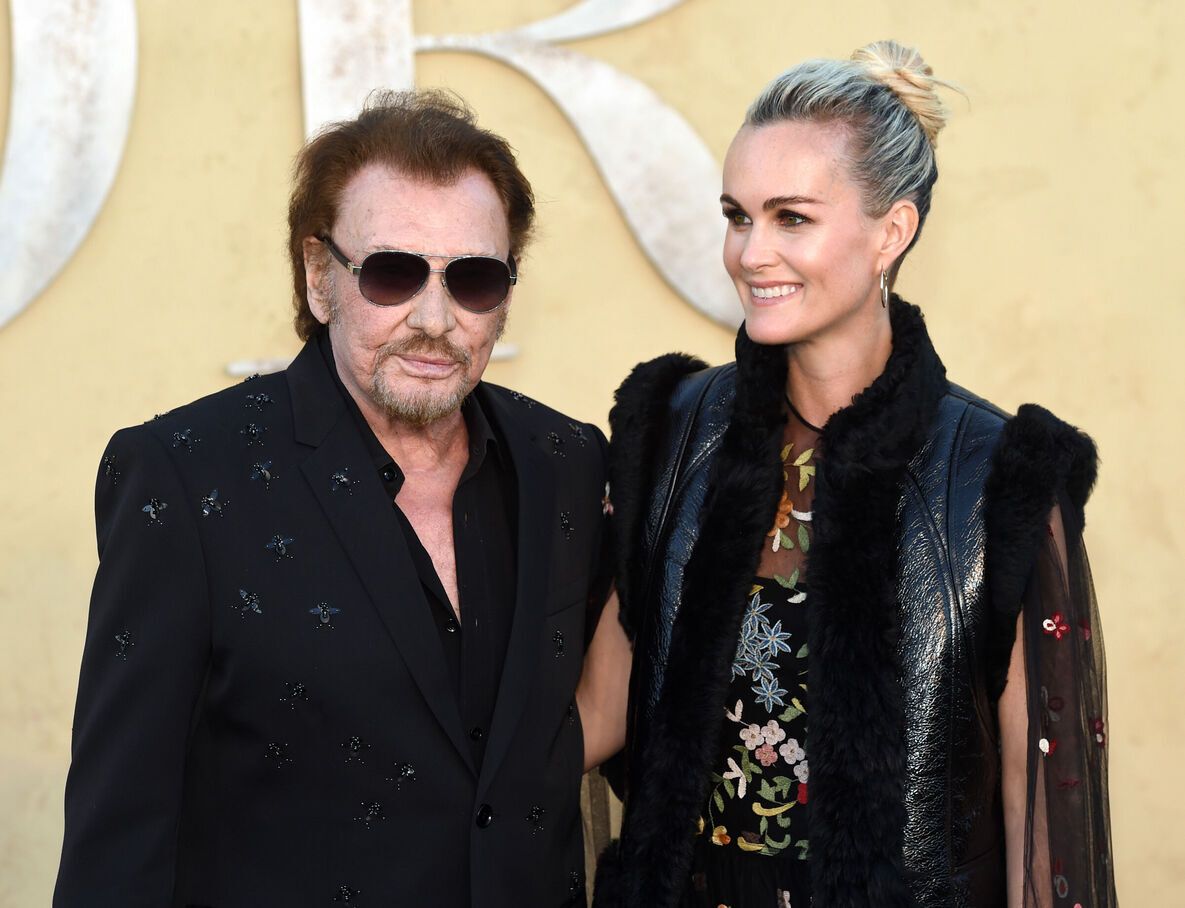