Jessica Biel and Justin Timberlake: tender declarations and accomplice shots for their 10 years of marriage

For fifteen years, Jessica Biel and Justin Timberlake spin the perfect love. A few months after the birth of their first child, it was on October 19, 2012 that the couple said ‘yes’. On the occasion of their tenth wedding anniversary, it was on Instagram that the two stars shared accomplice shots. In the caption, the singer wrote, “10 years is not enough! Every day you make me a better husband and father! I love you so much beautiful person!” For her part, the actress said, “Being married to you is the adventure of a lifetime! I love you!” In May 2022, Jessica Biel told about the request, in Montana, on the James Corden show. “We were head to toe in snowboarding gear, hats, gloves, everything. And all of a sudden he gets down on his knees and sinks into the snow. Then he looks up and pulls that ring. C It was the most beautiful, the most surprising, the most hilarious of requests“, she remembered.

Since the beginning of their relationship, Jessica Biel and Justin Timberlake have done everything to preserve the flame. In May 2022, in the columns of Entertainment Tonight, the actress had confided: “On this, I will have to quote Justin, with this thing that he always tells me: ‘We may be married, but we must keep dating’. And that’s so true. You just have to keep making time for each other and you have to make each other a priority. And also do the things you love together. It’s not always easy, as we all know, but those special moments make the bad times more acceptable.” If their marriage has experienced difficult times, the couple is more united than ever. “Sometimes I feel like those 10 years have passed in the blink of an eye, but sometimes I also think, ‘Oh my God, 10 years is a huge time in someone’s life. a.’ I feel very proud,” she added.

Justin Timberlake: “There’s Nothing Better Than You”

In January 2013, in the columns of Elle magazine, the actress had already declared: “Marriage means a lot of things… It means, among other things, always having someone by your side to open a jar of pickles for us. to share the ups and downs, to live full of adventure by his side. A person with whom you will swim naked in the sea… all those kinds of things.” Besides, her husband would be a perfect house man… “He often bakes pies. He’s from the south, he had a whole good influence from his grandmother. His pies are huge, they make definitely three layers! And he makes a crunchy blueberry cake, which is pretty amazing. Thank God he didn’t make it too often, otherwise I’ll have a big problem!” In March 2017, for his wife’s 35th birthday, Justin Timberlake wrote on Instagram: “You make me laugh. You make me smile. You make me love. You make me want to be better. ‘there’s nothing better than you… Now I’m sure it’s better to be lucky than good. Ask me who the luckiest man in the world is, and I’ll tell you that you are to look at it. Happy birthday sweetheart.” 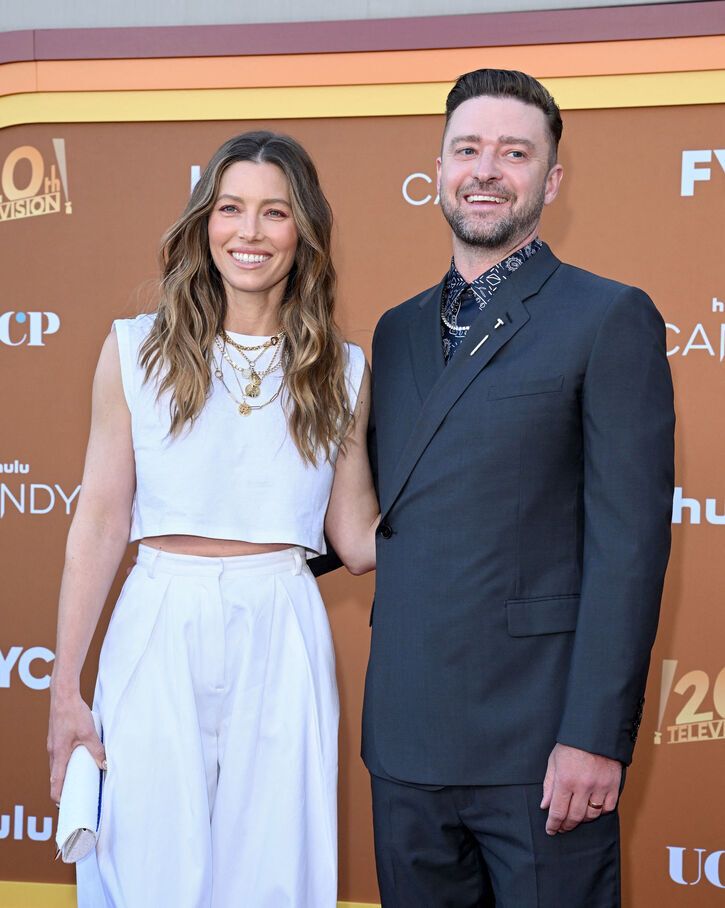