In the stars’ room. Hailey Bieber: this favorite sexual position for her antics with Justin

They don’t make it a taboo subject. In the American podcast “Call Her Daddy”, Hailey Bieber agreed to talk about her sex life with Justin and made crisp revelations. According to him, the couple is not very adept at threesomes. “It doesn’t work with us. We’ve worked really hard to be in the space that we’re in now and trust each other, and there’s such a beautiful trust and connection that I don’t think this is something with which I will be comfortable” she confided to the presenter Alexandra Cooper. Question sex life, Hailey and Justin Bieber, on the other hand, love having sex in the evening. On the contrary, they are not at all Morning pleasures. And when it comes to sex positions, the 25-year-old supermodel has a preference for doggy style. As she made clear on the air, she also likes to try “different things” with her boyfriend to explore everything.

As a reminder, in 2019, the singer revealed that he had developed a sexual addiction over the years, and that he felt unable to remain serious in a relationship with a woman before engaging with Hailey Baldwin in 2018. However, more a year before marrying Hailey Baldwin, he claimed to have taken a vow of chastity.

Hailey and Justin Bieber: how long have they been married?

The singer revealed to the general public with his title “Baby” married Hailey Bieber on September 30, 2019 in South Carolina, in the chapel of Somerset, in Bluffton. The ceremony took place fifteen days after their civil union in Manhattan and a month and a half after their engagement, on July 7. Madly in love, Hailey and Justin Bieber, however, had a difficult first year of marriage. “The first year of marriage was really tough. Because there was a lot of things to do, go back to the traumas. There were all these things that you don’t want to admit to the person you’re with, because it’s ‘is scary. You don’t want to scare them off by saying, ‘I’m scared.'” the singer told GQ magazine. “My home life was unstable. Like my home life didn’t exist. I didn’t have anyone I really cared about. I didn’t have anyone to love. rest. But now I have this“, he added, speaking of his private life.

For her part, Hailey Bieber had also made some confidences in 2020 in the columns of Elle magazine. “When we got married, we were adjusting to our new life together. He has Lyme disease and he was dealing with other medical issues. We had no diagnosis at the time. And that was difficult to deal with because all the outside people were tough and judgmental.” she said. A marriage which, in the end, was at the beginning a reflection of their relationship. After meeting in 2009, the couple went through several phases of separation. Hailey Bieber was even accused of stealing Justin Bieber from singer Selena Gomez.

Justin Bieber: Did Hailey Bieber steal it from Selena Gomez?

In the podcast “Call Her Daddy”, Hailey Bieber has also for the first time mentioned this case. And the young woman has finally delivered her truth. “When we started dating he wasn’t in a relationship. It’s not my style to interfere in a couple, I would never do that, I was not brought up like that and it doesn’t bother me. not interested. I think that there are romantic situations that can be ambiguous but this was not the case. I can text you that I was never in a relationship with him while he was. with someone else. I understand how it might look from the outside, plus I’ve known him for 18 years. Their story was none of my business. When they stopped dating, it’s the best thing that could have happened to him. He had to move on. I don’t want to speak for them (…) As a woman, I would never have gotten engaged to a man if I hadn’t wasn’t sure that her relationship with her ex was over.” she explained. 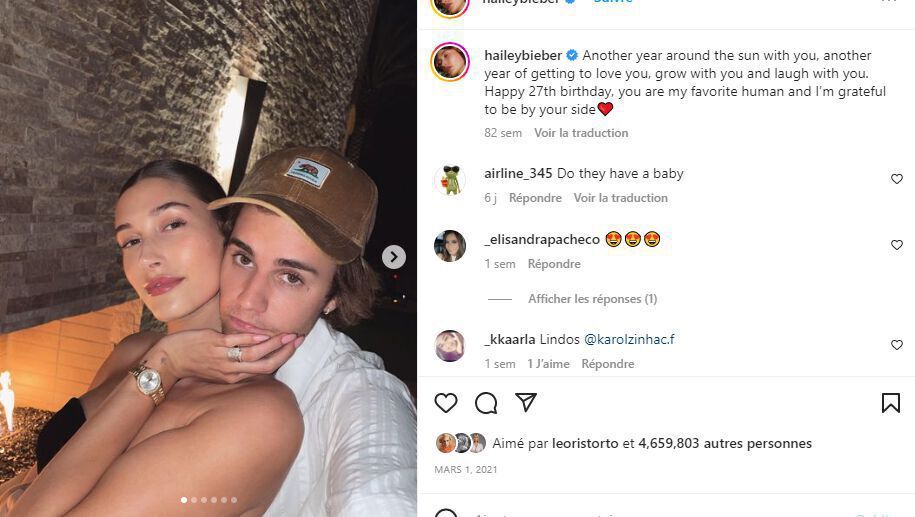