Ambre Dol fans are very worried. The mother who became famous in the Large Families program, life in XXL, indeed has very fragile health at the moment. It was on Instagram that she wanted to give her news: “Thank you for your many messages. I’m very tired. I’m going back to the emergency room because since last night I’ve been coughing up blood… Yeah, I know, it’s not very glamorous… I remain confident. I think it’s my pneumonia that’s tough… But I’m even more so than her.” Encouraging words, which show how courageous the mother of the family is.

But some time later, her fans found her in a hospital bed. “In the ER… A good team, a checkup, an X-ray, a gazo, PCR Covid and then there will be a scanner. Thank you for all your messages. Everything is fine. I am relieved to be in the ER. I I didn’t feel like going back to a night like last night with this feeling of suffocation.” And for good reason, Ambre Dol suffers from bilateral pneumonia which made her suffer in the lungs and throat. Fortunately, she no longer spits blood.

“I coughed all night with some kind of green disgusting thing”

On Tuesday, November 1, the candidate for Large Families: Life in XXL had already given up on her condition. “I’m HS. I coughed all night with sort of disgusting green things. I’m finishing my antibiotics… Given my condition and the aggravation of this little thing, I’m going to consult again”. She then announced the diagnosis: “Well, well, here it is … Pneumonia, according to the doctor. Big tracheitis, laryngitis … In short, totalgia as I would say”, she declared at first. . Still wearing an oxygen mask, the nurse said: “It’s not a tragedy. But it’s true that I see several of your messages telling me that I’m pulling the rope too much… You haven’t Wrong! But I think it’s part of my nature.”

Ambre Dol has a broken nose

But that’s not all. Ambre Dol suffers from another problem. Indeed, after having consulted her doctor for her breathing problems, she had confided: “My nose is badly broken and I have to undergo a new intervention on November 25 (it is impossible before to find me a place in the block). I I’m stacking up right now, but I’m used to coming back even stronger every time. Trust me. Thank you for the huge wave of messages and support you send me.” This is a very difficult time for the mother, who was faced with another visit to the emergency room, but this time for her daughter Jade. Indeed, the teenager suffers from pyelonephritis, which is an infection of the kidneys, which causes extensive pain.

Her daughter in the emergency room

After her visit to the hospital, the mother had given reassuring news from her daughter: “Everything is fine”, she had indicated by posting a photo hand in hand with her daughter. “We’re just going to extend her antibiotic and do an ultrasound in the week. When we’re moms, we worry easily … and even when we’re an emergency room nurse,” she added. 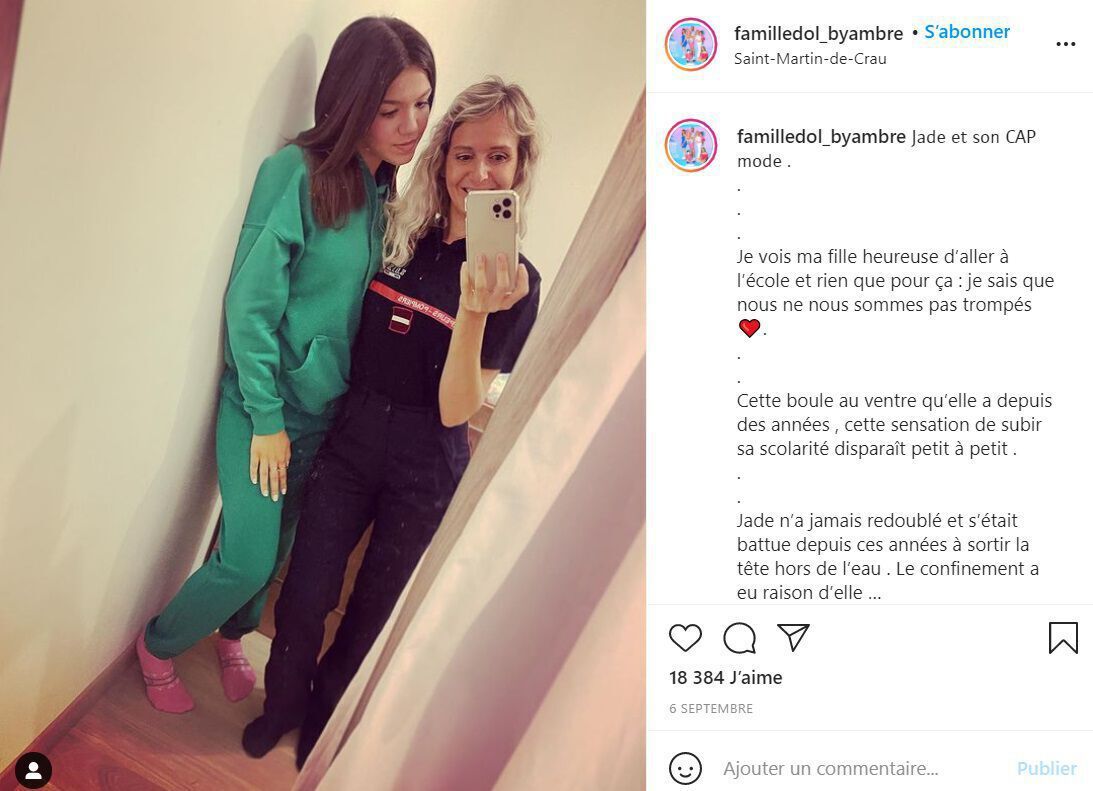