“I regret it”: Julian, the son of John Lennon, bitter towards Yoko Ono

It was more than forty years ago… On December 8, 1980, John Lennon was assassinated at the age of 40. The Beatles musician then left behind his two sons, Julian, then 17 years old, and Sean, who was just 5 years old. If he was a father present for his youngest son, he saw little of his eldest. He even allegedly told her as a child, “Sean was the product of love. You were the product of a bottle of whiskey.” Put aside, it was after the death of his father that Julian Lennon let his anger burst out when he discovered that he had not included him in his will. Yoko Ono being the sole beneficiary, received £220m while Julian Lennon got nothing. After taking his father’s girlfriend to court, they finally settled the lawsuit out of court for a sum of money.

If he did not have a good relationship with Yoko Ono, Julian Lennon assures that he owes everything to his mother, Cynthia, who accompanied him in his choices. Thursday September 1, 2022, in the columns of Paris Match, the one who is also a musician confided: “She always supported me. She knew that I was determined, whatever path I would choose. She did everything for me. protect child. And then, one day, during a new school year, the principal introduces me: ‘This year we welcome Julian Lennon, the son of John Lennon, the former Beatles.’ The kind of phrase that can screw you up, because you’ll never know who your friends are.” Much to his regret, Julian Lennon was not involved in the movie Get Back, released last year. “I have nothing to do with my father’s business. It’s Yoko who manages everything and makes the decisions. I regret it. But that’s the way it is. I would like to be part of my father’s musical history , have a say in the Beatles…” he said.

Julian Lennon: “This film allowed me to love him again”

Claiming to have “adored” the result of the film, the son of the star confided during this interview: “Peter Jackson presented it to myself, my brother Sean and Stella McCartney in a cinema in Los Angeles. I found my father as he was when we were together: funny, sarcastic, a little provocative, very talented, but also a little crazy. This film made me love him again.” Despite everything, Julian Lennon decided to change his name by opting for Julian Charles John Lennon. In the podcast, Word in Your Ear, he explained, “Finally, I just decided in 2020, ‘Yeah, I want to be me now. That’s it, time for a change.'” Wishing to honor his parents, he slipped: “I want to respect my parents’ legacy and wishes, but all I did was swap ‘John’ and ‘Julian’, so I’m Julian Charles John Lennon. That’s as simple as that.”

If Julian Lennon is not really on good terms with Yoko Ono, he has always loved her son, Sean. In April 2019, at the microphone of Sirius XM, the eldest son of John Lennon had confided: “Sean is an incredible guitarist. He is also wonderful as a singer and a songwriter. It excites me. We talked about working together .I’m sure we will…I think we have the same sensibilities in a lot of ways.” In 2011, for Express, he had already revealed that he did not want to attack Yoko Ono because of his relationship with his half-brother. “I think the key point in all of this for me at least has been Sean. If I hurt Sean’s mom, I hurt Sean. That’s a roundabout way of thinking about it, but because I love Sean so much, I don’t want to hurt him. I can get over it. I got over it,” he said.

The confidences of Julian Lennon on his career

For Paris Match, the artist has agreed to discuss his songs, but also the success of his first album. “People still talk to me about it… I was surprised that people liked it, it wasn’t really the norm at the time. At the start of my career, I was taken for a lamb who had to release a disc every two years. My second album is barely a compilation of demos… This situation did not suit me and, as soon as I could, I chose to be independent”, he confided before specifying: “It allowed me to have control over my music, but not necessarily the financial resources to make them known.” If he is less famous than his father, Julian Lennon has released six albums. About John Lennon, he said: “He taught me to play the guitar when I was at his house in New York. He sent me a little Sony recorder, so that I could capture the concert that we did in high school. He was following what I was doing, he was really interested. But from afar.”

After eleven years without releasing an album, Julian Lennon is back in the studio. Claiming to have always taken his time, the artist revealed: “I never stopped, I simply did less in a public way. I diversified, taking an interest in photography, documentaries, involving in associations, and I developed my foundation.” In this new album, fans will be able to discover songs recorded in the 1980s, which have been digitized. While his texts mainly speak of love and liberation, it is in complete transparency that the son of John Lennon confided: “I felt abandoned, unloved at times. These ancient texts found a resonance with what we lived during the health crisis, where we were deprived of freedom. Being confronted with myself for so long allowed me to question myself, to question myself about the man that I was, about the balance between love and inner peace.” No doubt fans can’t wait to discover these new songs! 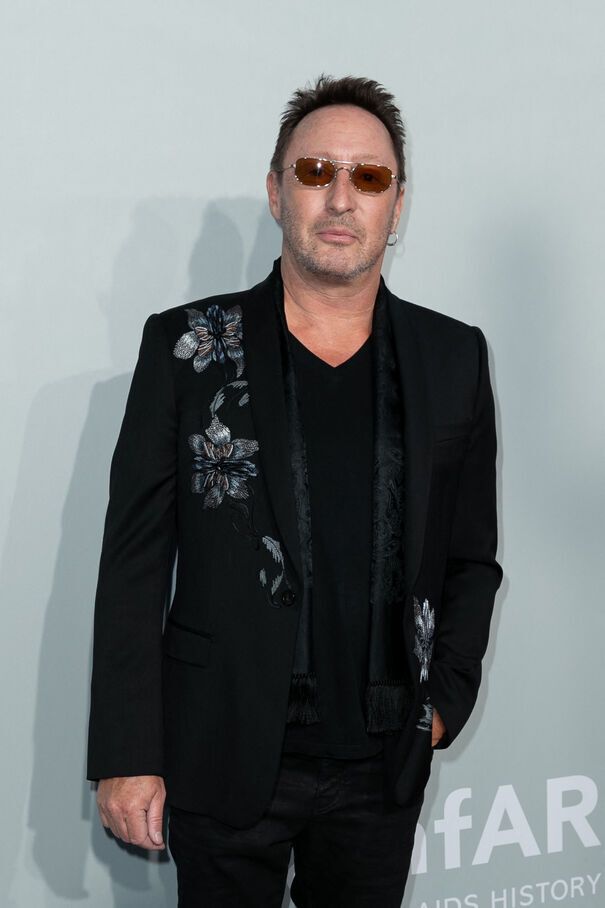