“I don’t get paid for this?” : Meghan Markle very annoyed by a royal trip

The story dates back to the year 2018. Four years ago, therefore, Prince Harry and Meghan Markle flew on a sixteen-day long official trip to Australia, Fiji, Tonga and New Zealand. Until then, nothing unusual for the princely couple, who are used to indulging in royal tours. But some scenes that had not been made public have been revealed in a book that is about to be released, written by journalist Valentine Low, a specialist in the royal family working for the newspaper The Times.

Within this book, we learned that during this official trip, Meghan Markle complained that she did not understand the point of proceeding with all these walkabouts. In short, he doesn’t like it. Worse still: while the Duke and Duchess of Sussex were on their very first royal tour, Prince Harry’s wife was even annoyed that she was not paid for these sixteen days away from At her place. The facts, which had never been revealed before the publication of this book, happened in Australia.

An anecdote that will make you cringe

However, this very first royal tour of Prince Harry and Meghan Markle seemed to be going wonderfully. Very popular, the royal couple stirred up huge crowds during the 76 engagements they performed during this trip of more than two weeks. Also according to Valentine Low’s book, Meghan Markle, who married Prince Harry in May 2018, said she “appreciated the attention” people gave her, but didn’t like having to go through so much. walks “without interest”.

However, the fact that Meghan Markle is in many ways at odds with the classicism of the royal family “brought a good wind of change which greatly pleased the Australian public”, writes Valentine Low in her book entitled “The power behind the crown”. She added that the Duchess of Sussex was “considered a role model throughout this first tour.”

Meghan Markle brought a refreshing wind to the royal family

In addition to this little anecdote which tarnishes the notoriety of Meghan Markle a little bit, Valentine Low’s book also shows some aspects that could not be more pleasant of Prince Harry’s wife. We can read in particular that “when she came to the home of a family of farmers, she brought banana bread that she had made herself”, or that “when the couple visited a school to see the work of a program to improve educational outcomes for young Aboriginal people, she was celebrated as a role model and showed great interest”.

But obviously, what Meghan Markle’s detractors will remember most will remain her little sentence launched in a moment of irritation: “I can’t believe I’m not paid to do all this”. Another anecdote made public in the book, it was learned that a member of the tour team said that “Meghan wanted to use her staff rather than go to the traditional staff at Buckingham Palace”. But that turned out to be impossible to implement.

Since then, Prince Harry and his wife have decided to withdraw from the obligations of the royal family, with all the consequences that this has caused. This anecdote that has just been made public helps us a little more to understand why they made such a decision. This is called the flip side of the coin. If you want to know more, the book in question will be published on October 6, 2022 by Headline Books. 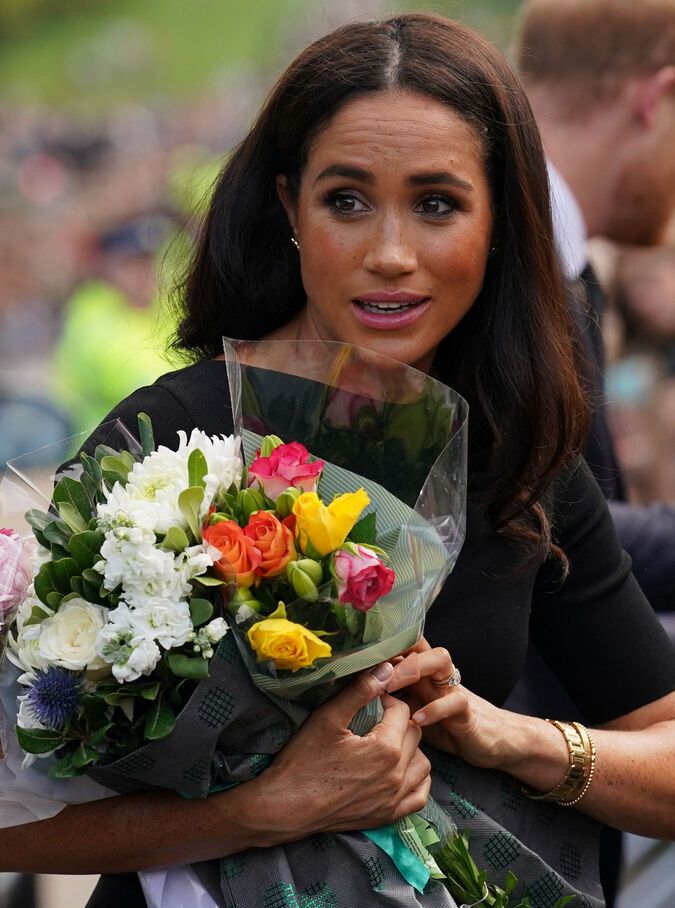