He made history by beating Kelly Slater, a famous surfer dies tragically leaving a bar

The surfing world is once again in mourning. While young Hawaiian prodigy Kalani David died of a heart attack on Saturday September 17, another surfing star also died a week later. This is the famous Chris Davidson, who was the victim of an assault.

According to the Australian media The Sydney Morning Herald, the facts took place around 11 p.m. at the exit of a pub in South West Rocks, a coastal town located between Sydney and Brisbane. The 45-year-old sportsman was leaving the establishment when he received a punch in the face. Faced with the violence of the blow, he would have collapsed on the ground, his head hitting the pavement. Very quickly, the police were dispatched to the scene and found the surfer unconscious. The latter was then taken care of by paramedics and received first aid. He was then rushed to Kempsey Hospital where he sadly died minutes after arriving.

The alleged culprit arrested a few minutes after the facts

After the death of Chris Davidson, the Australian police opened an investigation. Only thirty minutes after the attack on the father of two children, an alleged culprit was arrested. This is Grant Coleman, a man who is not totally unknown since he is the brother of Darren Coleman, the rugby coach of the New South Wales Waratahs.

Arrested at his home, the man was charged with assault causing death and his bail request was denied. Grant Coleman, 42, then appeared in Port Macquarie bail court on Sunday, September 18, just hours after the famous surfer died. The verdict of the judgment has not yet revealed to the press.

The World Surf League, and the surfing community at large, are saddened to learn that former CT surfer Chris Davidson, of Narrabeen, Australia tragically passed away on Saturday. Our thoughts are with his family and friends. pic.twitter.com/pBHPSD77nF

Chris Davidson had grown up surfing in North Narrabeen, Sydney’s northern beaches. In 1996, he rose to world fame by beating famous surfer Kelly Slater at the Rip Curl Pro round at Bells Beach when he was only 19 years old. The sportsman then chained performances, until being ranked 14th best surfer in the world in 2010. At the time, he was described as “one of the most promising young people on the planet”.

After the announcement of Chris Davidson’s death, tributes followed on social networks and in the media. World champion Kelly Slater expressed himself on Instagram. He said: “I lost another soldier yesterday. I had a lot of good battles with this guy. One of the most naturally talented surfers I’ve ever known.” For his part, surfer Nathan Hedge confided in the magazine Tracks. He, too, paid tribute to his friend whom he nicknamed Davo, praising his qualities. “He had a huge heart and lived at full capacity,” he said.

Finally, Mark Windon, the executive director of Surfing New South Wales told ABC: “He was one of the most stylish surfers we have ever produced in this country. (…) He was a bigger character than nature and it’s really sad that his life ends like this”. A terrible loss for the surfing world, already in mourning twice this September. 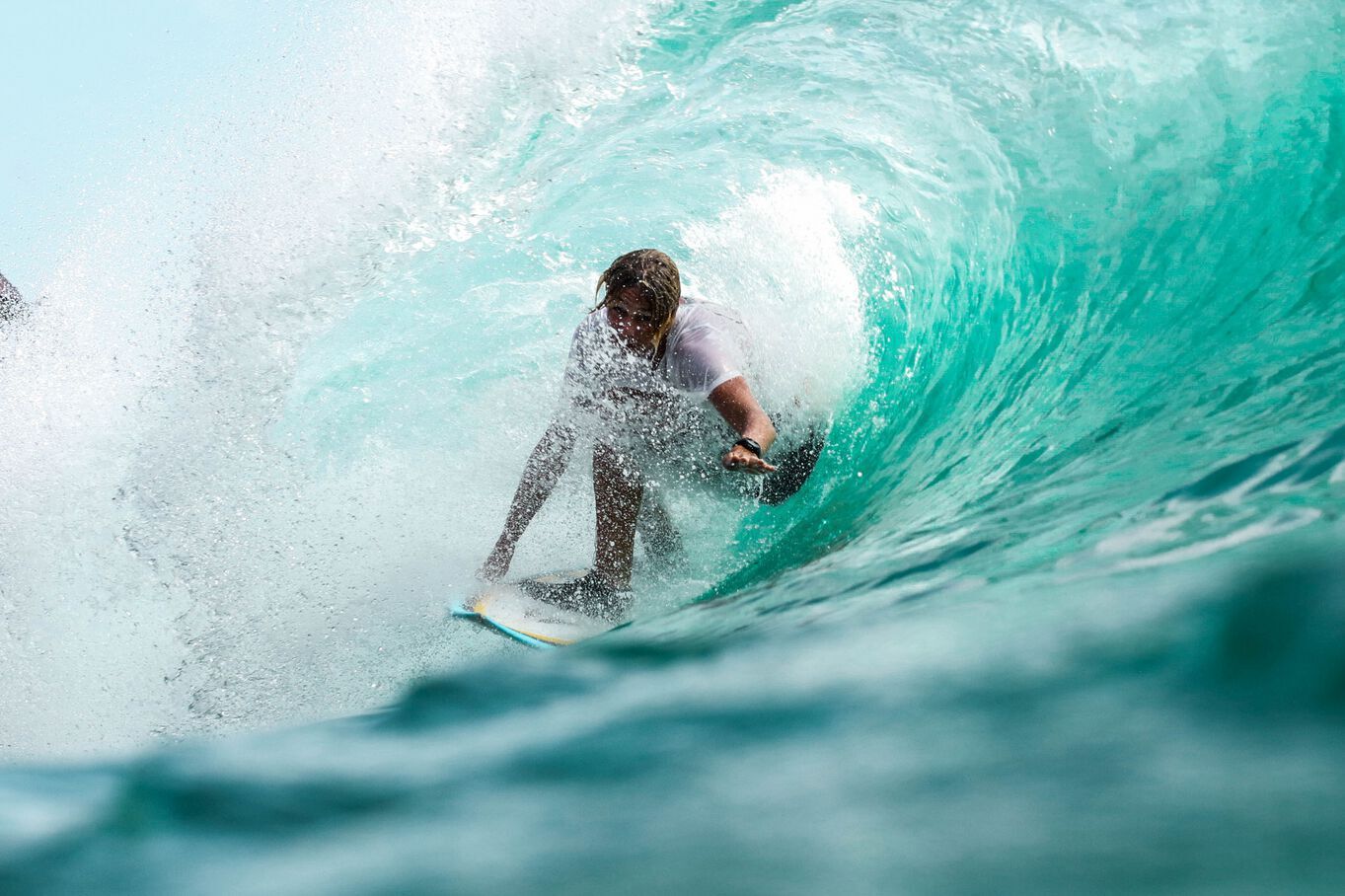