Harry Styles and Olivia Wilde separated: the reasons for their split revealed

Sources close to Olivia Wilde and Harry Styles told People that the two stars have decided to take a break after two years of dating. For the moment, neither of the two protagonists has commented on this information. “It was a very amicable decision, no argument. He is still on tour and now goes overseas. She is focused on her children and her work in Los Angeles. Their lives are very far apart now. They have different priorities between the commitments and the differences, moving on was too much of a hassle,” a source told People. “They had good times together, but there was no shortage of complicated times. In particular because of the media pressure that has always accompanied their relationship,” added the same source. According to the Daily Mail, in an article published this Saturday, November 19, the ex-lovers have sown clues in recent weeks suggesting a possible breakup. The newspaper also lists all the causes of conflicts between the two stars which could have led them to end their love affair which had lasted for two years.

According to the Daily Mail, a large part of the problems encountered by the couple date back to the time of the filming of the film Don’t Worry Darling, directed by Olivia Wilde and in which Harry had a role. A shoot during which the ex-member of One direction would have exchanged a kiss with Florence Pugh, his partner. This kiss would have taken place before the ex-singer began a relationship with the director. According to fans, this would have contributed to a bad understanding between the two actors and the director. Florence Pugh has, in fact, indicated that she will not participate in most promotional events for Don’t Worry Darling. In July, the Daily Mail recalls that Page Six had claimed that Florence Pugh resented Olivia Wilde for having maintained a relationship with the actor while she was allegedly still in a relationship with Jason Sudeikis. The Doctor House star, however, claimed she only started dating Harry Styles after ending her relationship with the father of her two children. The bad reviews received by the film did not help the two former lovers either.

The newspaper also highlights the disagreement that reigns between Olivia Wilde and her ex, Jason Sudeikis. Back in April, while the Irish-American actress was promoting her new film on stage at CinemaCon in Las Vegas, she was handed custody papers for her children. The video showing her opening the court documents on stage had also gone viral. Olivia Wilde then considered this an attack. She felt that her ex-boyfriend’s actions were intended to harm her and catch her off guard. The ex of Jason Sudeikis had added: “He could have given them to me discreetly, but he preferred to do it in the most aggressive way possible”. The Daily Mail also puts the director’s age gap with Harry Styles, the latter being 28 years old, 10 years younger than Olivia Wilde. According to the daily, the latter’s two children, Otis Alexander, 8, and Daisy, 5, could also have presented additional challenges for the young man. 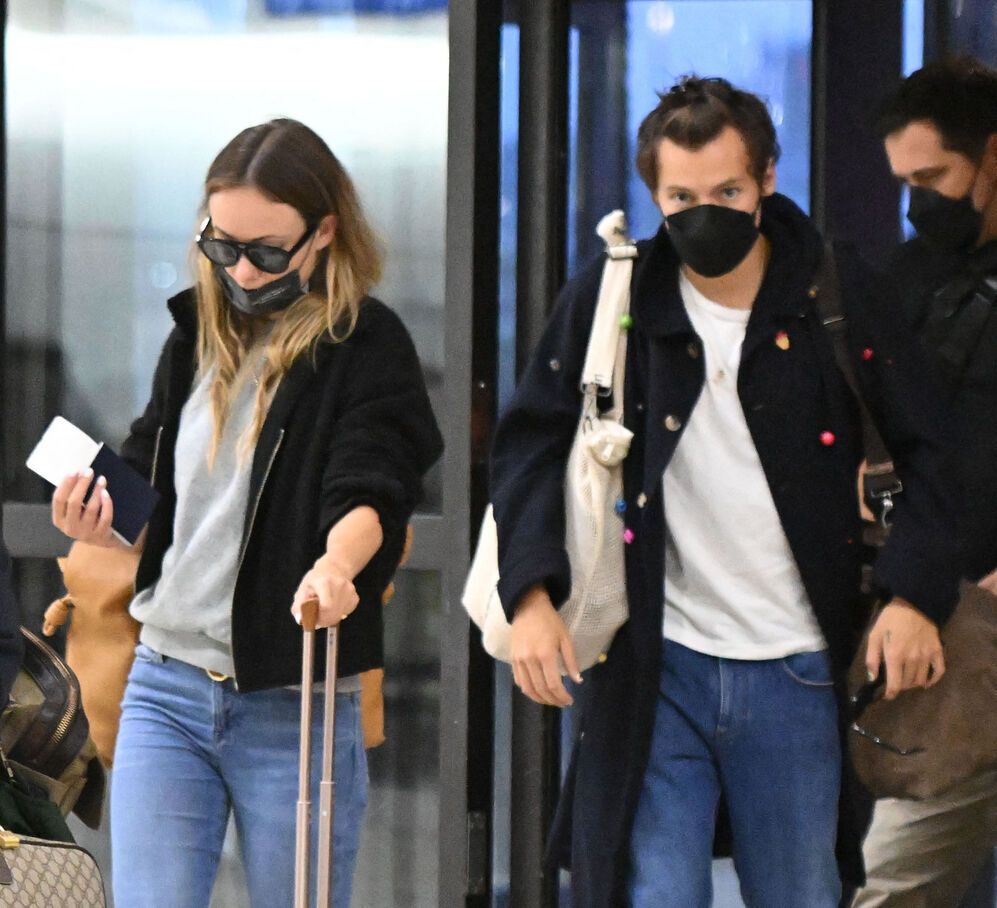 Harry Styles and Olivia Wilde separated: the reasons for their breakup revealed © The ImageDirect