On Monday, September 5, Netflix unveiled the official trailer for the documentary series “Meghan & Harry”.
Internet users accuse Prince Harry and Meghan Markle of having diverted certain images from the trailer to illustrate their remarks.
In particular in question, several sequences showing paparazzi who were not chasing the Sussexes.

A controversial trailer. On Monday December 5, 2022, Netflix lifted the veil on the official trailer for Meghan & Harry, its new documentary series centered on Prince Harry and Meghan Markle. Filled with new images, the video plunges directly into the intimacy of the Sussexes, revealing their moments of joy away from the cameras, but also and above all more difficult moments. We see in particular the Duchess of Sussex in tears, or the royal couple chased by dozens of uncontrollable paparazzi. Particularly striking images, and at first sight perfectly authentic…

But is this really the case? Since the release of the trailer, some Internet users have accused Prince Harry and his wife of having diverted certain sequences to illustrate their point, according to which they were mistreated by the royal family following their marriage in 2018. And for good reason, according to some lynx eyes, at least three video extracts would have been taken out of context to be integrated into the trailer of the documentary.

Paparazzi… but not Sussex

So just as Harry explains that his wife was sometimes entrapped by the media, a seemingly lonely photographer is shown capturing Meghan Markle and her son, Archie, from the top of a private residence. In the image, everything suggests that it is a stolen photo. It is however nothing. Indeed, this day in September 2019, Meghan Markle and Prince Harry were on an official visit to Archbishop Desmond Tutu, in South Africa. On this occasion, hundreds of photos of the couple and their first son, Archie, had been taken with the agreement of the Sussexes.

A little later in the video, in order to illustrate the media pressure exerted on the Sussexes, a sequence shows paparazzi following a personality off camera. Again, everything suggests that it is Meghan Markle. However, these images are actually taken from a video in which photographers are chasing Katie Price, a British model. Same problem a few seconds later, when paparazzi are shown crowding around a limo. That day, it was not the Duchess who was in the car, but Donald Trump’s former lawyer, Michael Cohen, before his incarceration in 2019.

And it’s not the first time that the authenticity of the content produced by the Sussexes has been called into question. On December 1, following the release of the first teaser for the Meghan & Harry series, Internet users pointed out that a photo showing hundreds of photographers gathered in Trafalgar Square had, again, nothing to do with the couple. The photo was actually dated July 7, 2011, even before Meghan and Harry met, and on that day, photographers pointed their cameras at Rupert Grint at the world premiere of Harry Potter and the Deathly Hallows of Death, part 2.

On the Web, these findings lead to questioning. If Meghan & Harry’s Trailer Is So False, Can The Sussexes Be Trusted? On this issue, it’s a safe bet that two camps will oppose each other. 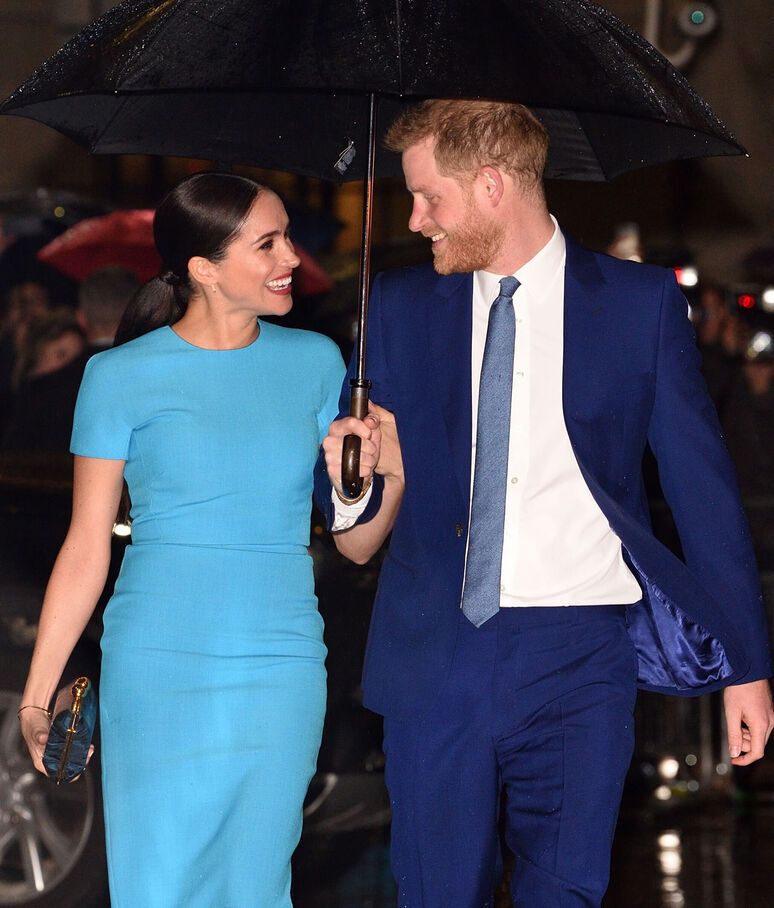