This documentary series decidedly surprised everyone. While the first three episodes were released this Thursday, December 8, the public is eagerly awaiting the next and last three, which will be accessible on Thursday, December 15 on Netflix. A large number of curious people are eager to discover new exclusive images.

However, many were disappointed after watching the first episodes. Indeed, the public expected lots of scoops, surprises and revelations, especially about the royal family, but this was not the case. Prince Harry only spoke of his bitterness over the royal family’s neglect of protecting Meghan Markle from the media, not understanding why she needed it more than other royals. She needed it more because she was mixed race, and the journalists attacked her all the more for that, especially at the start of their relationship. William’s brother also returned to the harassment of the paparazzi against his late mother, Lady Diana. A cruel game that he did not wish to inflict any longer on his wife. Hence their decision to leave their royal duties and England.

If the public was disappointed not to have more scoops than that, it will at least have been served in terms of unpublished images, and it is not ready to stop. This Saturday, December 10, the official Netflix account unveiled a teaser of the next episodes on Twitter. Nothing very tearful or offensive, quite the contrary.

During these forty-four exclusive seconds, viewers can discover Meghan and Harry reminiscing about their wedding, and particularly their most original first dance. If we thought that the young couple in love had chosen a slow and romantic song, this is not at all the case. Meghan says she wanted a “fun” song for their first dance, and the two and their guests looked like they were having a blast. To the rhythm of the chosen music, Land of 1000 dances, a few unpublished photos scroll by of the bride and groom dancing, and their crazy guests. Harry makes funny pouts there, Meghan has a smile from ear to ear, and the guests seem to have just as much fun in front of a completely crazy first dance, and outside royal codes. A great discovery for the public who did not expect that at all.

Unpublished images to discover the daily life of Meghan and Harry

In addition to these upcoming wedding images, the public has already been able to discover in the first three episodes adorable photos and videos of little Archie, who has grown up well. We see him sometimes enjoying a walk with his father or even marveling at a black and white photo of his grandmother, Princess Lady Diana.

Although she is no longer of this world, the mother of William and Harry is very present in the life of the father of Archie and Lilibet. He wants his children to know her despite her physical absence. Lovely moments shared with viewers who were moved by these innocent and adorable moments. 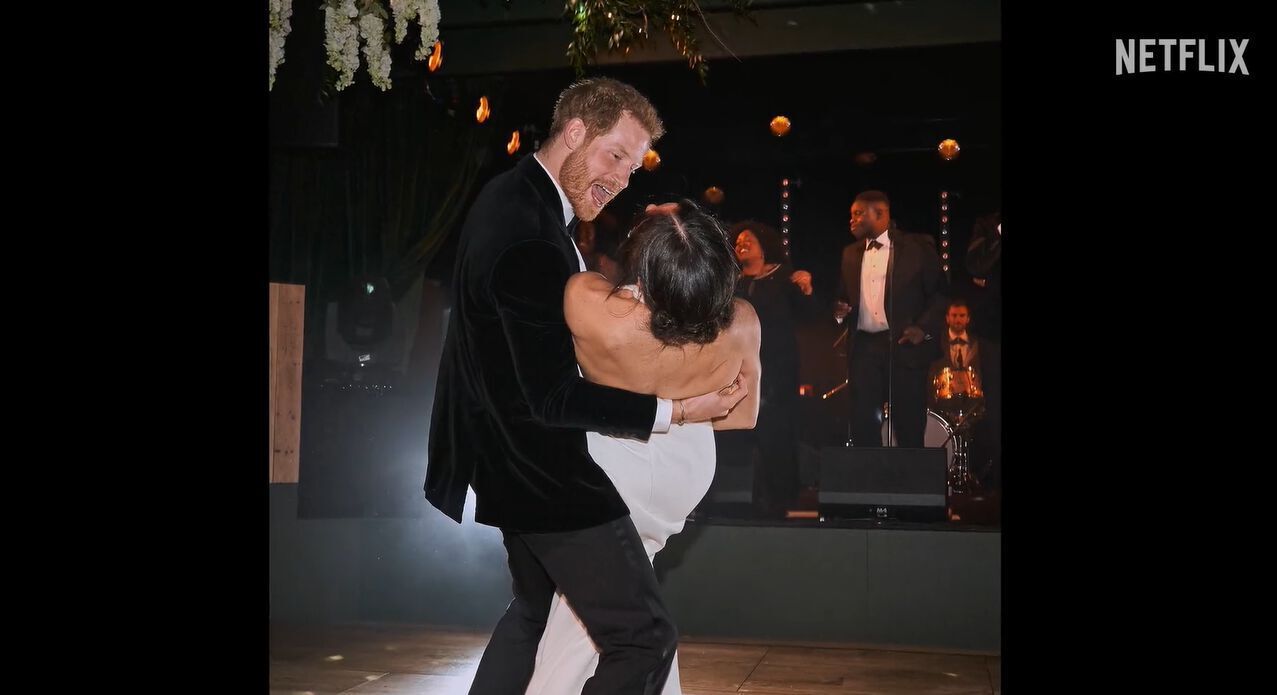