Harry & Meghan (Netflix): “very painful”, why Meghan was forbidden to invite her niece to her wedding

The whole world had the same thought on May 19, 2018: for her royal wedding, Meghan Markle is very much alone. In the Saint-Georges chapel, the guests numbered in the hundreds, but yet only one member of the family of the former actress was present. His mother, Doria Ragland. She takes her place in the bleachers, near the altar. Why did Meghan Markle marry “alone” to Prince Harry in Windsor? A few days before the wedding, her father Thomas Markle created the buzz and announced to his daughter that he would not be present at the ceremony. And this is not the first controversy that had tarnished the image of Meghan Markle…

Indeed, before that, it was the children of Thomas Markle, Thomas Markle Jr and Samantha Markle, half-brother and half-sister of Meghan Markle, who made numerous statements to the tabloids. Comments denied many times by the main interested party. On the Markle side, Meghan will have no connection since she was young – apart from one person. His niece, Asleigh. The two women are about the same age. In 2007, the American contacted her by email, they forged strong ties, went on vacation, spoke to each other regularly. Archie and Lilibet’s mom asked him to testify for the needs of his documentary series, Meghan & Harry, revealed this Thursday, December 8 on Netflix.

This dilemma that Meghan faced

Blue dress, long black hair and translucent blue eyes, no doubt Asleigh is a Markle. She resembles her mother, Samantha Markle. However, she no longer has any connection with the latter since she was entrusted to her paternal grandparents at the age of 6. It is they who will take care of his education and will end up adopting him. Why is the general public only getting to know Asleigh now? To preserve her anonymity, Meghan Markle decided not to expose her and thus took the decision not to invite her to her wedding with Prince Harry.

“I didn’t want her life to be messed up by all this drama,” Meghan Markle confided in front of Liz Garbus’ cameras. As D-Day approaches, the Sussexes and Cambridges communication team decides: it is best not to send an announcement to Asleigh given the absence of Samantha Markle. “I was in the car with H (note, Meghan’s nickname for Harry), we discussed it with her on the phone. We explained to her the guidelines we had received and why we had made such a choice. was painful.” Despite the disappointment, Asleigh will understand the decision. “I knew where it came from, she will explain, with great emotion. Knowing that it was because of my biological mother that this relationship, so important to me, was impacted… To feel that because from her, they took it away from me… It was hard.”

Asleigh will say fond things about her aunt. “She takes on many roles in my eyes, details the young woman. She is like a sister, there is something maternal, she is my best friend and many other things…” A tenderness shared by Meghan Markle : “I think we needed the same thing, says the 41-year-old star with a smile. I dreamed of a little sister and it was like such.” Today, the two women have reconnected. 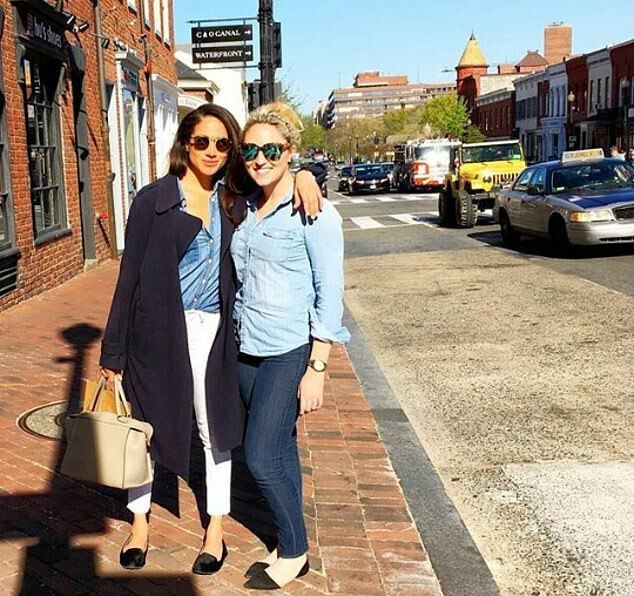