Harry & Meghan (Netflix): this sad reason why Harry has almost no memory of his mother

On Thursday December 8, 2022, Netflix unveiled the first episodes of the documentary series Harry & Meghan, centered on Prince Harry and Meghan Markle.
In the documentary, Prince Harry tells the story of his childhood.
He explains in particular why he has very few memories of his mother, Lady Diana.

The Sussexes with an open heart. In the documentary series Harry & Meghan, the first three episodes of which were unveiled Thursday, December 8 on Netflix, Prince Harry and Meghan Markle tell the story of their story, from their meeting in July 2016 to their controversial break with the British royal family in 2020. Retracing their journey, the Duke and Duchess of Sussex also reminisce about their respective childhoods and the moments that made them who they have become.

In an interview given alone, Prince Harry reveals in particular that he has very few memories of his mother, Lady Diana. The 38-year-old prince explains that he probably turned them away following the latter’s death on August 31, 1997 in a car accident in Paris. “I don’t have many childhood memories of my mother. It’s as if I had unconsciously repressed them”, he delivers with emotion. Moved, the second son of King Charles III nevertheless explains that he keeps one very specific thing in mind. “I will always remember his laugh, his mischievous laugh.” And to add: “She told me ‘If you do something stupid, don’t get caught’, and I will always have this form of impertinence.”

“The tears, I saw them constantly on my mother’s face”

These lovely memories are unfortunately tinged with other, darker images. Indeed, according to the Duke, the Princess of Wales cried very often, in particular because of the media pressure she was under. “There was always the pressure of public opinion, with its share of drama, stress and tears too. We witnessed the tears. I saw them constantly on my mother’s face. (…) In most from what I can remember, I’m surrounded by paparazzi. You rarely go on vacation without seeing someone with a camera, coming out of a bush or whatever.”

This media pressure, Prince Harry also remembers that his mother tried to protect him and his brother, William. “The paparazzi harassed us so much that we were forced to smile and answer questions from the traveling press, he explains. My mother did everything to protect us. She got into the habit of confronting them.”

If he has very few memories of his mother, Prince Harry today does everything to look like her and protect, in turn, his family from media pressure. At the beginning of 2020, he and his wife, Meghan Markle, made the decision to break with the British royal family to offer their children a life without tabloids. “I made the decision to protect my family. I left for my family, he says in the documentary series. For three years, such a surge of hatred towards my wife, and then towards my son Archie. C was unbearable.”

The sequel and end of the documentary series Harry & Meghan will be unveiled on December 15 on Netflix. 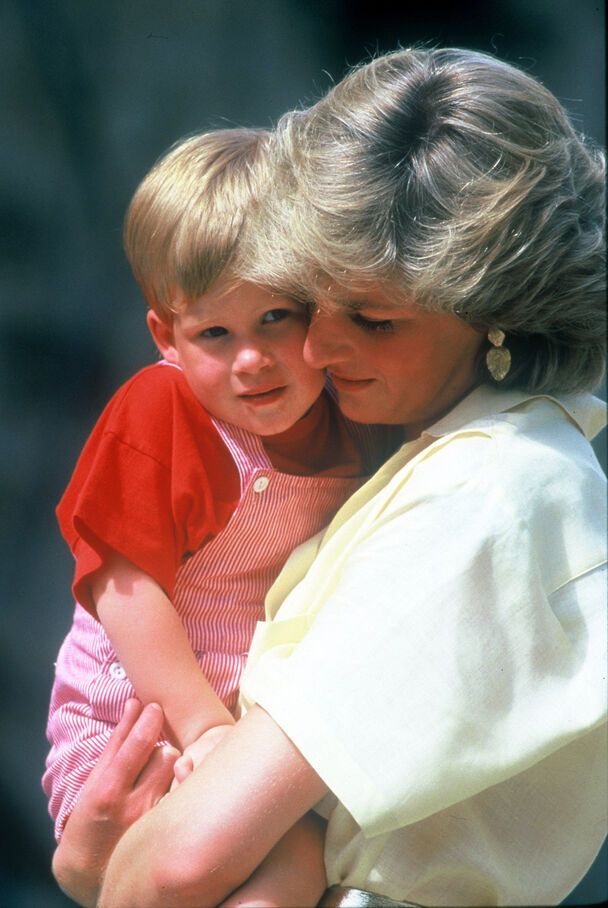 Prince Harry and his mother, Lady Diana, in 1987. © ALPHA AGENCY