The British royal family has been waiting for this day with great trepidation… Since December 8, all of its members, like Netflix viewers, can listen to the “truth” of Prince Harry and Meghan Markle, who are engaging like never before in a documentary that they have been preparing for several years. As the Crown could expect, the subject of this institution is omnipresent in the first three episodes available even if the Sussexes do not openly criticize it. There are even several attacks that have gone almost unnoticed, as noted by the Mirror. First when Prince Harry accuses, without naming them, several members of the royal family of not having protected Meghan Markle.

According to Archie and Lilibet’s father, he was asked by the royal family why his wife should be “protected” from media speculation. “The palace credo was to say nothing. But what people need to understand is that for many family members, everything she went through, they went through too, regrets the duke from Sussex. It was almost like a rite of passage, and some family members were almost saying, ‘my wife had to go through this, so why should your girlfriend be treated any differently? Why should you be given a special treatment? Why should she be protected’.” Prince Harry also attacks his father, King Charles III in an archive of him on a trip to Africa: “Botswana is a country very close to my heart. The fact that I spend more time here than at home worries very much my father”.

The stormy relationship of Meghan Markle and Kate Middleton is also mentioned in this explosive documentary. The Duchess of Sussex claims to have been “surprised” by the behind-the-scenes formality of certain members of the royal family, including the Princess of Wales. “When Will and Kate came over, and I first met her, they came over for dinner, I remember I was in ripped jeans and I was barefoot,” she says. wanted to give them a hug. I’ve always hugged, I didn’t realize it was really shocking to a lot of Brits. I guess I started to realize very quickly that the formality outside reverberated inside.” Prince William and Kate Middleton are also singled out.

“I think for so many people in the family, especially obviously the men, there can be a temptation or an urge to marry someone who would fit the mold rather than someone who makes your heart beat, assures the Prince Harry. The difference between making decisions with your head or your heart. And my mother certainly made most of her decisions – if not all of them with her heart. And I’m my mother’s son.” Still on the subject of dating, Prince Harry assured that some members of his family did not have much hope in their relationship: “the fact that I was dating an American actress, was probably what clouded their judgment more than “something else. They were surprised that the redhead had conquered such a beautiful woman. Such a smart woman”. In this documentary, Meghan Markle also criticized a “strange” royal tradition that she had to follow when she first met Elizabeth II: curtsey, “a joke” for her. 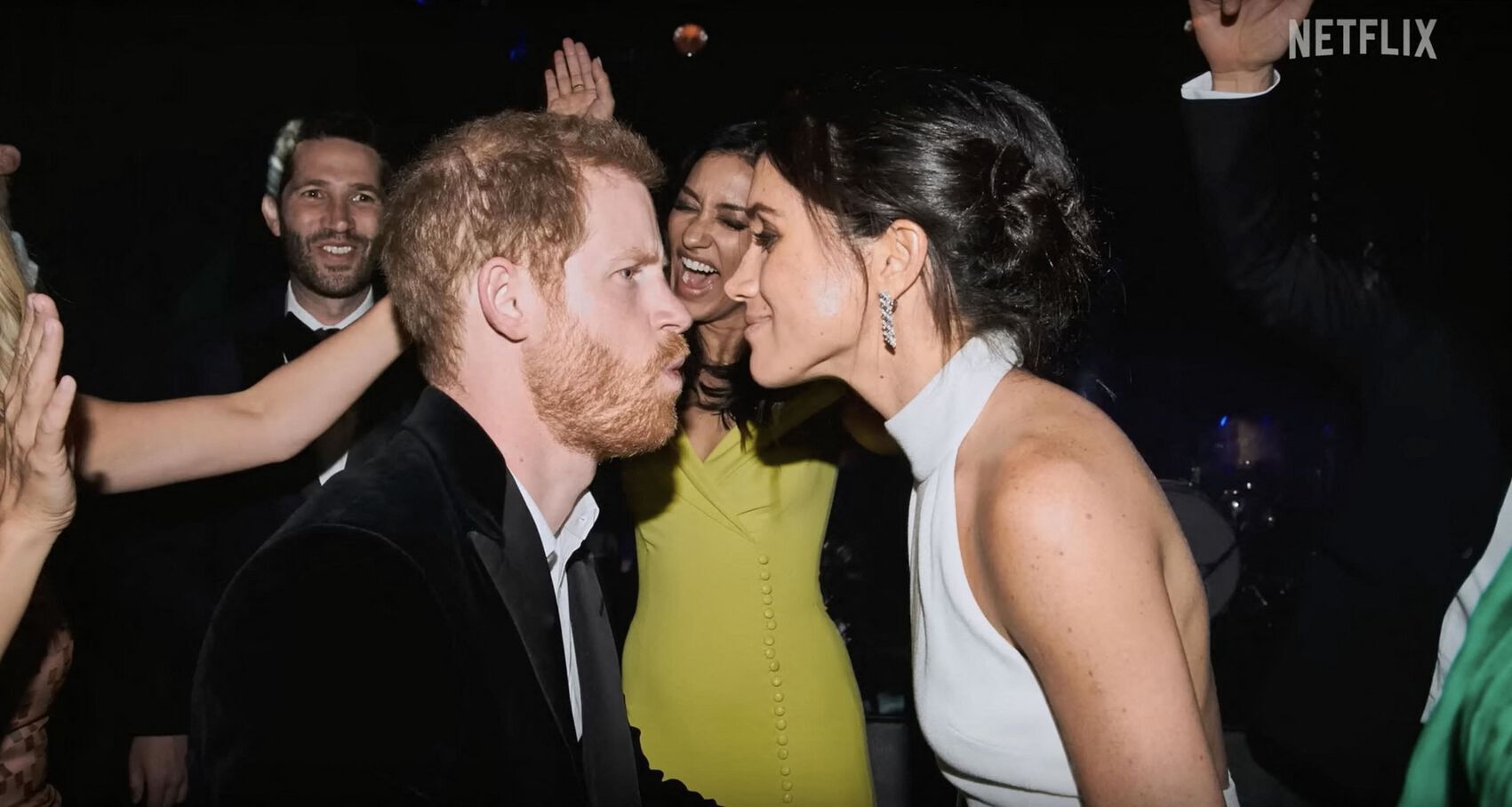