Harry and Meghan: this new humiliation inflicted by Charles III on the couple

In January 2020, Prince Harry and Meghan Markle announced their intention to leave the royal family. A news that had the effect of a bomb and which has still not been digested by the Windsors but also the British. Subsequently, they chained the revelations more explosive than the other during different interviews and these made a lot of talk. Tensions have quickly emerged and they seem to be still relevant. As revealed by the Daily mail this Wednesday, September 28, the Sussexes have just experienced a new humiliation from King Charles III. The tabloid explains that their names have been moved to the site of the royal family. They were initially in the middle of the page, below the senior members but are now next to that of Prince Andrew, dismissed from his official functions after being involved in the sex scandal of billionaire pedophile Jeffrey Epstein. By leaving the United Kingdom and deciding to no longer work within the royal family, Prince Harry lost his duties as an active member. A small change that says a lot about the relationship between the Sussexes and the Windsors.

On September 8, sad news was announced. Elizabeth II died at the age of 96 at her residence in Balmoral, where she had been for several weeks. “The Queen passed away peacefully at Balmoral this afternoon. The King and Queen consort will remain at Balmoral this evening and return to London tomorrow,” read a statement released by Buckingham Palace. A death that shocked the whole world and the Windsors who chained the tributes. Prince Harry and his wife quickly came to the United Kingdom and reunited with the royal family for several days. Following the sad announcement, the Sussexes were spotted alongside Prince William and Kate Middleton. All four went to Windsor Castle and after having toured the flowers laid in tribute to the Queen, they headed, each on their own, to meet the British who were waiting for them. A very unexpected image that suggested that this reunion could mark the beginning of reconciliations. Subsequently, Prince Harry attended all the ceremonies in tribute to the Queen of England and he was seen alongside his brother but also King Charles III. If they all supported each other during this difficult ordeal, it would seem that the tensions are still as present.

Prince Harry: this primordial change that he would like to be able to make

After leaving the royal family, Prince Harry announced his intention to tell his story in his memoir. In these, the husband of Meghan Markle wishes to give his version of the facts and he should chain the secrets but also the revelations, each more controversial than the other. However, following the death of Elizabeth II, The Mirror explained that he had made a very important request to his editors, that of being able to make changes to what he has already written. “He’s desperately trying to make changes,” a source told the tabloid. For this, Prince Harry would have put “stripes in the wheels of his editors because he wishes to be able to refine his remarks, now that the queen has died, that a funeral has taken place, and that his father is on the throne”, is he then clarified. Did the Duke of Sussex make comments that could increase tensions within his family? Regarding these changes, the Duke of Sussex would only like to “modify a few parts. He does not want to rewrite everything, but it seems that it is already too late”, assured this source. Can he do it?

Prince Harry: why does his memoir bother the Windsors?

Now away from the royal family, Prince Harry has every intention of telling his side of the story. “It is not like the prince that I have been since my birth that I will tell my story but like the man that I have become,” he explained. However, if these memories frighten the Windsors, it is in particular since he intends to evoke sensitive subjects, including for example the death of his mother, Lady Diana. “I’ve been told by a knowledgeable source that Harry’s memoir will focus heavily on the death of his mother, Princess Diana, and the people who caused it,” royal author Angela Levin revealed in the columns of The Sun. A subject that risks creating a lively controversy within the royal family. Will the Duke of Sussex be able to make the necessary changes to avoid further tensions? 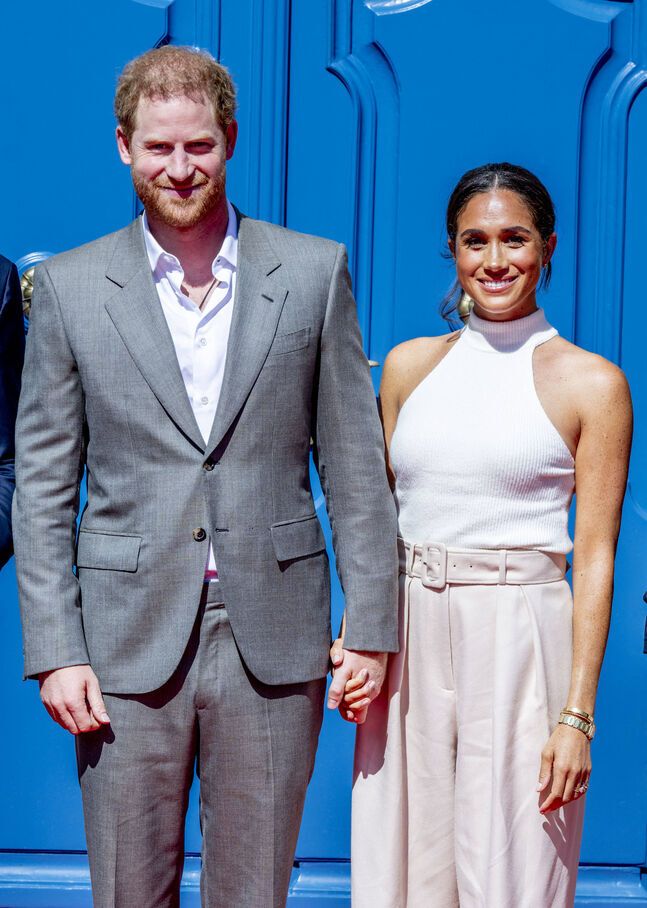