Harry and Meghan furious? Behind the facade of the royal family, heated discussions on Archie and Lilibet

Prince Harry and Meghan Markle are furious that their children, Archie and Lilibet, did not obtain the expected titles
The Sussex children will be given the title of ‘prince and princess’

Only, Archie and Lilibet will not be able to benefit from the HRH title

The date of September 8 will forever be marked by the death of Queen Elizabeth II at the age of 96. The death of the one who reigned 70 years on the throne of England has however made it possible to reunite prince William and prince Harry, if only for the time of a march. Indeed, during the procession of the coffin of the monarch, the sons of King Charles III were seen walking together behind the coffin made of extremely rare wood with a lead lining. A false unity behind which would hide even more tensions. Indeed, Pure People reports that the Sussexes would be furious that their children, Archie and Lilibet, do not enjoy the same privileges as the children of Prince William and Kate Middleton, the new Prince and Princess of Wales.

Between the sons of King Charles III and Lady Di, the subjects of disagreement are not lacking. This information shared by The Sun and relayed by Pure People speaks of an imbalance concerning the sharing of titles between the royal children. Archie, 3, and Lilibet, 1, would not have obtained the “expected titles”. “King Charles III has planned to make his two grandchildren, Archie and Lilibet, prince and princess in the future,” reports the media. The only downside: the two Sussex children will not be able to benefit from the HRH title (His or Her Royal Highness, His Royal Highness). After Prince Harry and Meghan Markle step down as royalty, they no longer have the right to use their royal highness predicates. A consequence that would also impact their children.

A similar case, but the advantages have been acquired

In this case, the Duke and Duchess of Sussex would have mentioned the case of the children of Prince Andrew. Although the latter no longer had the possibility of using his title of royal highness, his children, Eugenie and Beatrice still kept theirs. However, the two princesses do not “directly serve the monarchy”. “Harry and Meghan were worried about safety issues and being prince and princess gives them more secure rights,” a source told The Sun. “There has been a lot of discussion since last week. They have been determined on the subject since the death of the queen. They are furious at the idea that Archie and Lilibet are not considered royal highnesses”, still according to the ‘initiated.

The deal reportedly says the Sussexes’ children can be ‘prince and princess’ but cannot hold the ‘HRH’ title because ‘they don’t work for the monarchy’. This same rumor explains that Meghan Markle accuses the royal family of favoritism because of the origins of her children. Note that Meghan Markle, 41, is of African-American origin. The Sun points out that this agreement was enacted by King George V, in 1917. Its objective was to limit the holders of the HRH title. 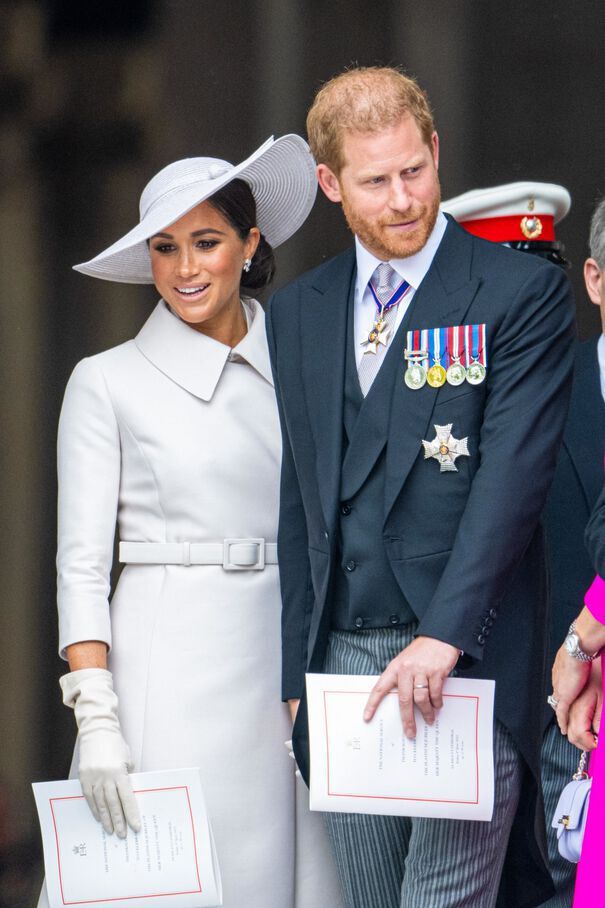