Harry and Meghan back in the UK: this very unusual initiative to mend their ways

Prince Harry and Meghan Markle are back in the UK.
To travel to Manchester, the Duke and Duchess of Sussex took a very unusual step.
Archie and Lilibet’s parents took the train to reduce their carbon footprint.

A noticeable return! Saturday September 3, 2022, Prince Harry and Meghan Markle traveled to the United Kingdom to support certain charities. According to British magazine Hello, the couple would have opted for a commercial flight rather than a private jet trip. Monday, September 5, 2022, the Duke and Duchess of Sussex were expected One Young World Summit, in Manchester. As the Dailymail reported, they took a very unusual step to make amends. Indeed, the couple was photographed at the entrance to Euston station, and took the train to get there. They drove 43 kilometers in a hybrid electric Range Rover before arriving at the station. Accompanied by two bodyguards, Prince Harry and Meghan Markle reportedly took the 12:20 p.m. train to Manchester, which arrived seven minutes late at 2:34 p.m.

At the opening of the One Young World Summit, an event that brings together young leaders from more than 190 countries, Meghan Markle gave a speech on gender equality. The optimistic mother-of-two told the audience: “You are the future, but I would like to add that you are also the present. You are the ones who are bringing the positive change that we need in the world, now. , and in this present moment.” Finally, she added about the country where her husband was born: “I am very happy to be back in the United Kingdom.” For the occasion, the Duchess of Sussex wore a red jumpsuit and matching stilettos. On the hairstyle side, she had opted for hair tied in a low ponytail.

If the means of transport of the couple was greeted, it is in particular, because it was not always irreproachable. While he advocates ecology, Prince Harry went to a charity polo match in Colorado on Thursday August 25, 2022, by taking a private jet. Having forgotten his equipment, he would then have asked for it to be brought back to him and the private jet thus remained in operation for an additional 30 minutes. Thus, his trip lasting an hour and a half, would have emitted more than 6 tons of CO2. After the jubilee of Elizabeth II, the son of prince Charles had already borrowed a private jet to return to California. Wishing to defend himself, he then assured that 99% of his air travel was done via commercial flights. In September 2021, the couple had already been singled out after taking a private jet to return to California, after a three-day trip to New York.

Teresa Pearce, a member of the Labor Party, had asked Prince Harry and Meghan Markle to “lead by example.” During a conference, Prince William’s brother then said: “It’s up to all of us to reduce our CO2 emissions and the number of flights we take in a year (…) Although no one is perfect, we are all responsible for our individual impact. The question is how we can compensate for it.” Annoyed, the author specialist in the British royal family, Tom Quinn, had dropped: “It seems extremely hypocritical, given all his talk about climate change. Harry seems to see himself as someone who guides the rest of the world and that his own behavior is irrelevant. It’s a huge disrespect!”

Prince Harry, still cold with his brother and his father

If the Duke of Sussex is currently in the UK, he is unlikely to see Prince William and Prince Charles. Before heading to Manchester, the Duke and Duchess of Sussex spent the night less than a mile from Prince William and Kate Middleton. Today, the Duke of Cambridge would “not intend” to see his brother. Indeed, he does not wish to speak to him before the publication of his memoirs this winter. And for good reason, the Duke and Duchess of Cambridge know that the couple plans to reveal a lot in their documentary on Netflix and in this book. For the Sun, royal biographer Angela Levin pointed out: “They have lost their chance to be trusted because they will record any conversation and use it against them.” She then added that Prince William’s reluctance to interact with the Sussexes was their “own fault for grossly exaggerating and being rude.”

As well as not visiting Prince William and Kate Middleton, the couple also declined an “open invitation” to stay with Prince Charles at his Scottish holiday home on the Balmoral estate. In the past, the eldest son of Elizabeth II had however assured them that they would be “always welcome” at his home during their trips to the United Kingdom, as confirmed by palace sources. Insiders told the Mirror that Prince Charles thought welcoming the couple home would have been a “good opportunity for everyone to take stock and relax.” A source added: “But the invitation was declined, as it was before”, before clarifying that Prince Charles had always tried to have a relationship with his son and to ease tensions. Hurt, he would be “completely disconcerted” by the behavior of Prince Harry and Meghan Markle. 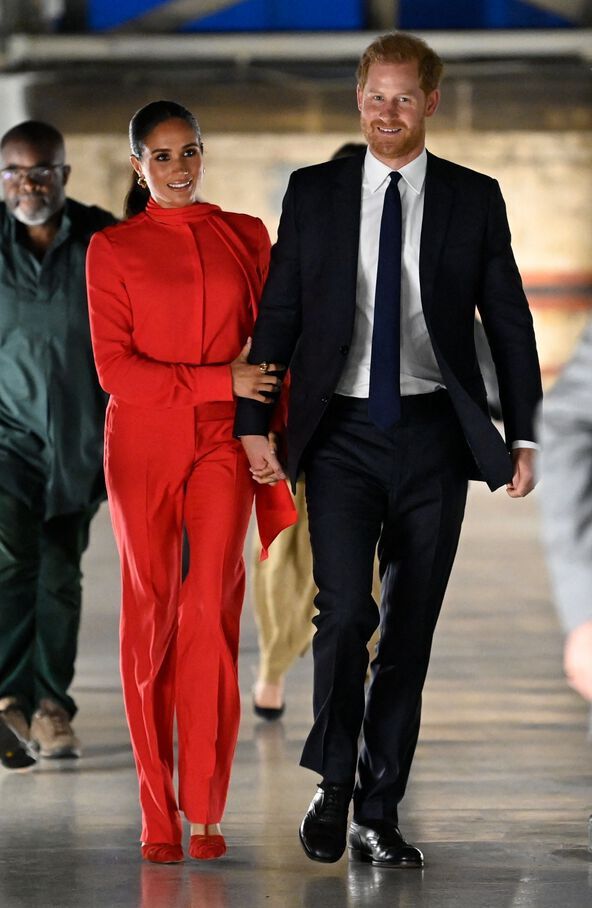