Geena Davis: this mischievous advice from Dustin Hoffman thanks to which she rejected the advances of Jack Nicholson

In the career of Geena Davis, Dustin Hoffman will have had a special role. In 1982, the two actors met on the set of Tootsie. At the time, the actor launched a sentence to his fictional partner that she never forgot. “He said to me, ‘Read a lot of books. And, if you see something you like, try to get the rights'”, told Geena Davis in the columns of the New Yorker. And that’s not the only valuable advice from Dustin Hoffman that the actress has kept in mind. During one of their discussions, in fact, the actor had explained to him how to repel the advances of his work colleagues. “Say, ‘Well, you’re very attractive. I would love to, but that would ruin the sexual tension between us,'” Geena Davis added.

“I kept that advice aside,” the actress continued before recalling a day when her friend’s words came in handy: “After Tootsie my modeling agent took me with a few other models and actors in Hollywood to meet casting directors”. Since she knew Jack Nicholson, the actor invited himself every evening to their tables. “Then one day there was a note under the door that said, ‘Please call Jack Nicholson at this number,'” she recalled. replied, “Hello, Mr. Nicholson. This is Geena the model. Did you call me?” He was like, ‘Hey, Geena. When is that going to happen?’.” At the time, Geena Davis blamed herself for not understanding the implication.

“I immediately knew what to say to him: ‘Uh, Jack, I’d love to. You’re very attractive. But I have a feeling that we’re going to work together at some point in the future, and I’d hate to have ruined sexual tension between us,” continued the actress, who took Dustin Hoffman’s advice. So it worked.” This isn’t the first time the Thelma and Louise star has shared this story with Jack Nicholson. The first time was in 2014 on the set of Jimmy Kimmel. At the time, she explained that she had found him “particularly weird” during their meals at the restaurant, where he ate “tuna sandwiches and milk”.

At 66, Geena Davis is more fulfilled than ever in her personal and professional life. Happy in her age, the actress nevertheless looks at the Hollywood industry with a bad eye. “I think a lot of male screenwriters bring in a female character if they need to and then when they think about all the other roles in their minds, the choice is always male,” she said in this interview with New. Yorker. And so the really cool roles for people in their 40s, 50s, 60s, 60s, whatever, always go to men. It’s not fair, because they become stars and have movie partners. younger and younger.” 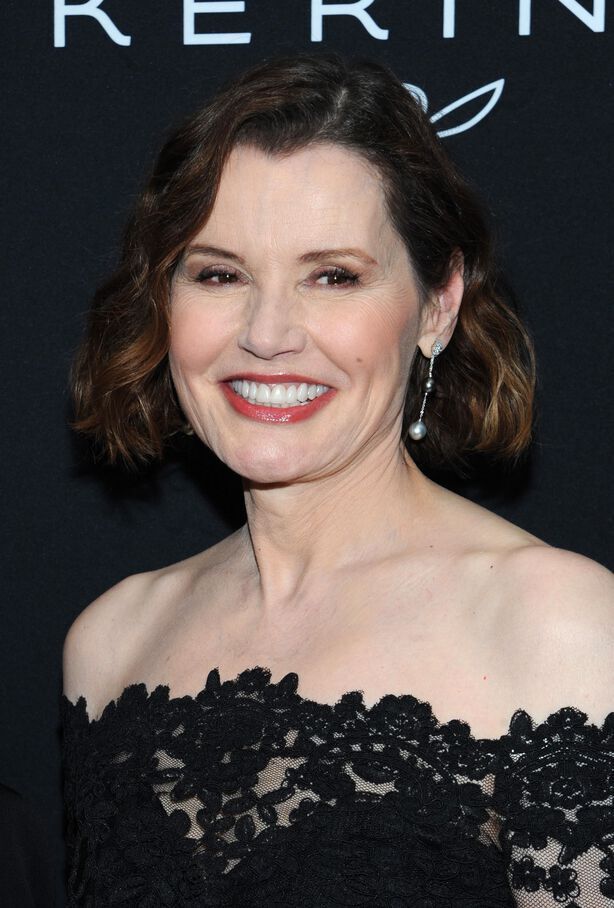