Gaspard Ulliel: the meaningful tribute of his ex Gaëlle Pietri

She has remained very discreet for the past nine months but nevertheless active, in the shadows, having to endure her mourning and that of her six-year-old little boy. Gaëlle Pietri posted today for the first time in a very long time, a tribute to Gaspard Ulliel, from the boat of the Tara Océan Foundation, respecting the commitment made a few months earlier.

“Crossing with the Tara Foundation crew to pay tribute to you”

Although they were separated when Gaspard Ulliel lost his life in a skiing accident, at La Rosière in Savoie, Gaëlle Pietri remained present for her family and of course for her son, Orso. In a post published on February 19, a month after the death of the actor, the young woman had publicly exposed her commitment, inviting anyone who wanted to pay tribute to her to make her contribution. “Gaspard was a diver, sensitive to climate issues and concerned about the protection of underwater biodiversity, he would have liked the momentum aroused by his disappearance to go to the defense of these causes that were close to his heart. We wanted to honor his memory. by contributing to the association @fondationtaraocean”

In a story posted this Wednesday, November 2, Orso’s mother published images aboard the Tara Ocean Foundation boat, on which she was obviously preparing to experience a crossing. “Crossing with the crew to pay homage to you, G”. A way for the young woman to respect her promise and her commitment to the one whose life she shared for several years, and to whom she had remained very close, spending time with their son in the family away from prying eyes.

“Love is stronger than death” in the actor’s latest film

Gaëlle Pietri had also wanted to put an end to the rumors concerning the private life of Gaspard Ulliel, to whom the media had attributed a relationship with his partner in his last film “More than ever” selected at the Cannes Film Festival. In a post published on May 10, she explained that “No one shared Gaspard’s life at the time of the tragedy. It is therefore our responsibility with Gaspard’s parents to protect his memory as well as the future of Orso. I respect the dignity of the beings who, from near or far, met and accompanied Gaspard during his life” adding “I am happy that the film ‘More than Ever’ is in selection at the Cannes Film Festival. I am also happy that Gaspard and Vicky Krieps supported each other on this shoot.”

Vicky Krieps had also paid tribute to Gaspard Ulliel in an interview with a Luxembourg media during the presentation of the film on the Croisette. “I hope that More than ever will not just be expected because it is Gaspard Ulliel’s last film, she explained, Above all, it is a very beautiful film, from a director who deserves to be to finally be selected in this Cannes festival”, adding that “The screening can only be a nice moment, since, for the time of this film, Gaspard will be alive on screen. To be present in Cannes, in a last feature film who talks about the love of a couple, and how this love can survive death, it’s a beautiful analogy. Strong and deep” 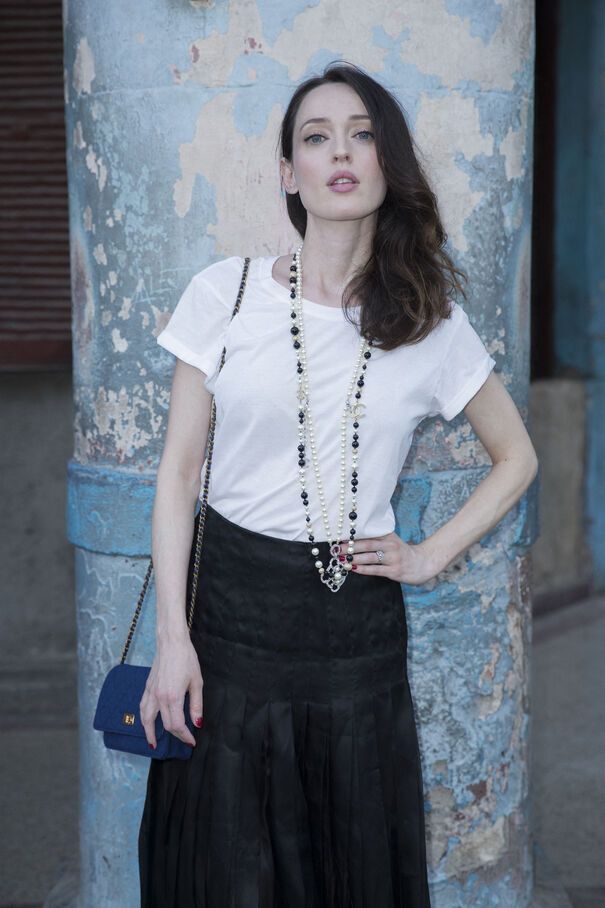