Gal Costa: the star of the Brazilian song is dead

Brazil mourns the death of its icon. Singer Gal Costa died Wednesday, November 9, at the age of 77. It was his entourage who announced the news on his Instagram account: “It is with deep sadness and heavy hearts that we announce the death of singer Gal Costa this morning of Wednesday, November 9 in São Paulo. Information concerning the wake and burial will be posted at a later date. We appreciate everyone’s love at this difficult time.”

His entourage said more about his funeral which will take place on November 11. The wake will take place from 9 a.m. to 3 p.m., then the funeral will be held in strict privacy, with close friends and family of Gal Costa invited only.

Brazil paid tribute to Gal Costa. President Lula, recently elected to lead the country after Jair Bolsonaro’s tenure, reacted on Twitter in particular: “Gal Costa was one of the greatest singers in the world, one of the main artists to make the name and the sounds of Brazil across the planet. His talent, his technique and his audacity have enriched and renewed our culture, shaped and marked the lives of millions of Brazilians”, he praised.

Gal Costa had known glory with his hits Um Dia de Domingo, Chuva de Prata or even Lágrimas negras, released in the 70s and 80s. Songs with wild rhythms and local sounds. When was his last scene? In early November, she was to perform at the Primavera Sound festival in Sao Paulo. However, she had to cancel her performance, due to an operation to remove a nodule from the nasal cavity.

Born in Salvador de Bahia, Gal Costa was one of the leading figures of tropicalism at the end of the 1960s. course of his career. “I am very touched and saddened by the death of my sister Gal Costa”, tweeted Gilberto Gil, 80, on the announcement of his death. Her fans, who are more than 800,000 to follow her on Instagram, saluted her memory. 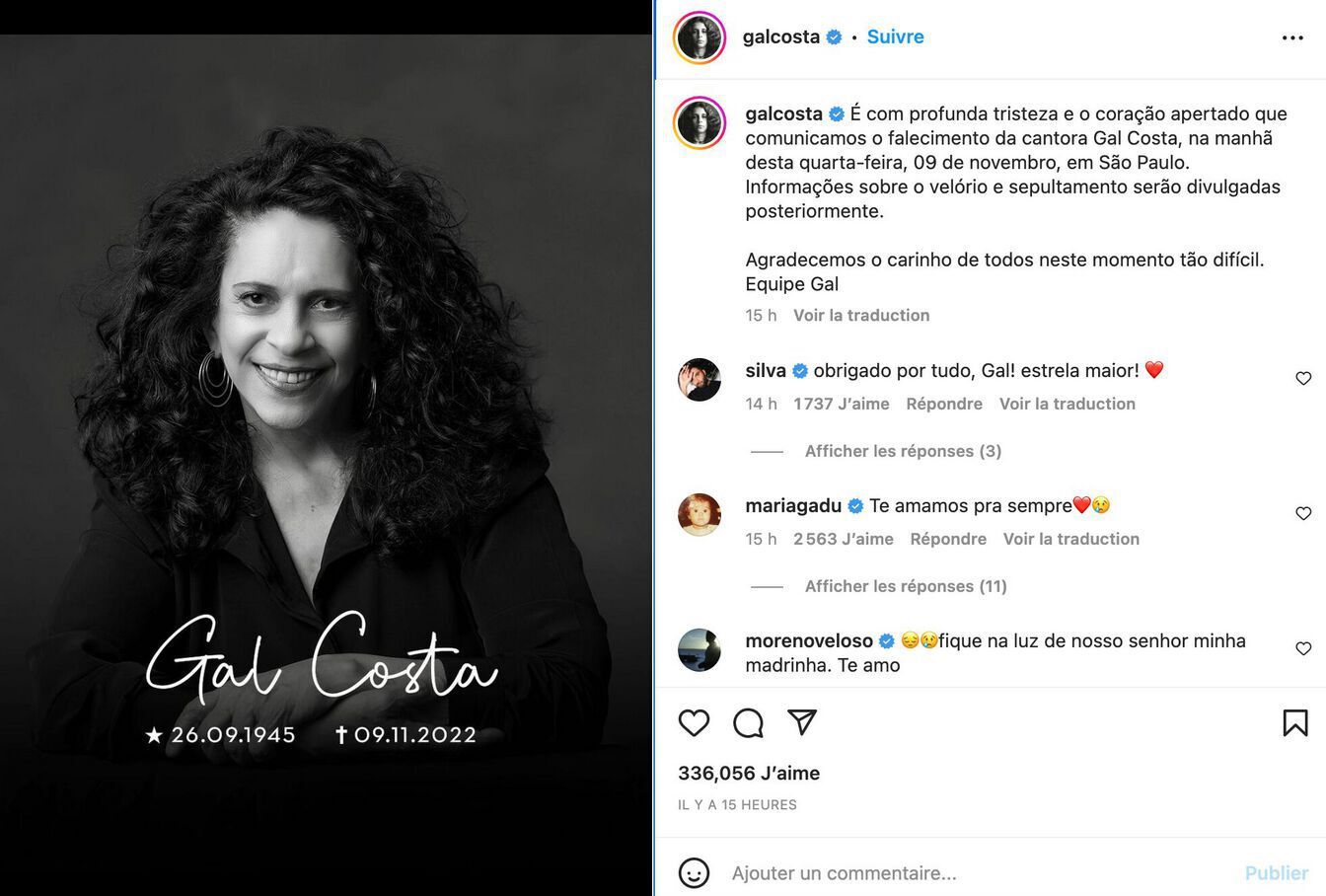