Freddie Mercury: unpublished photos of the singer a few days before his death revealed

On November 24, 1991, Freddie Mercury died, leaving millions of fans in immense grief. The day before, singer had revealed to the whole world, that he was sick with AIDS. An announcement that had moved many of his fans. But now in 2019, unpublished photos of the singer are revealed on Instagram. We can see the artist, all smiles, posing in front of the cameras, just a few days before his death. In his garden at One Garden Lodge, he is with his cats. According to The Mirror, the singer had insisted that photographers not take him too closely so as not to reveal his appearance and drawn features.

His partner Jim Hutton took his photos. In one of the shots, one of his cats is standing next to him. Both are enjoying a sunny afternoon. Joyful photos that do not show a sick man. However, Freddie Mercury is already suffering. In November 1991, he published a press release in which he explained that he was HIV positive. Rumors about his state of health had already been leaking for a few years. It was in 1986 that he was tested for HIV. The singer of Queen must interrupt his tour of 1987 as he is sick. For two years, he had lived as a recluse, in his house at Garden Lodge in Kensington, London.

On the occasion of the release of his pictures, Jim Hutton had indicated: “This summer, Freddie posed for the very last time in front of a camera – mine. It happened like that. I was in the garden in photographing some of the flowers in full bloom and Freddie walked over to me. I pointed the lens – he wanted to pull back a bit so it wouldn’t be a close-up. Then he posed while I took four photos, and he managed to smile for each one”. The opportunity for Jim Hutton to confide in the state of health of his friend. “He was so pale and drawn that he knew he wasn’t on his best day, but that didn’t matter; of all the pictures I have of Freddie, these are the ones I I like the most.”

“Freddie wanted his life to be as normal as possible”

Freddie Mercury has long avoided the cameras. “We all knew there wasn’t much time left,” Brian told The Telegraph in 2013. “Freddie wanted his life to be as normal as possible. Obviously he was in a lot of pain and uncomfortable. ” He continued, “He was being chased by the press and the onlookers. He just wanted peace and quiet, so he could carry on with what he was doing.” The journalist and friend of the singer, David Wigg had confided: “It scared me to death and I stopped having sex. I don’t miss it, really not.”, he revealed.

He then asked him if he had contracted HIV, to which the singer replied, “I’m going to fight it. We’re going to find a cure.” An announcement that had been very difficult to accept by his family. “Mom visited him more times than dad. I don’t think he could take it because he looked like a skeleton towards the end. I remember dad was reading one of the articles and the tears were streaming down newspaper and he said, ‘That should have been me instead of Freddie’,” the singer-songwriter’s younger sister recalled. 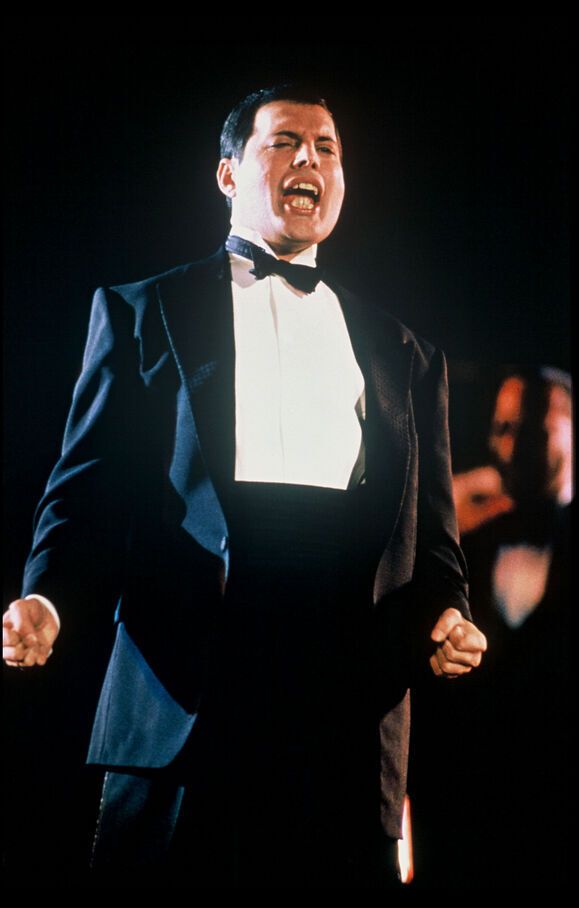