FORGOTTEN BUSINESS. The Paul Fronczak case, this missing baby who was replaced by another

The story is worthy of a Hollywood movie. On April 27, 1964, at Michael Reese Hospital in Chicago, medical staff reported the disappearance of a newborn baby. Little Paul Fronczak, who came into the world two days earlier, was kidnapped in the middle of the day by a supposed nurse, who claimed to want him to take an exam. Upset, the parents of little Paul, Chester and Dora Fronczak, contact the authorities. A massive search operation is launched in Illinois, but the baby remains untraceable.

It took two long years for a glimmer of hope to appear. In New Jersey, a 2-year-old boy is found in an abandoned stroller. A police officer points out that his description matches that of the missing Chicago baby. The shape of his ear, in particular, is exactly the same as that of the kidnapped toddler. “They tested at least 10,000 little boys who might be Paul, adult Paul Fronczak told the BBC, and I was the only one they couldn’t 100% rule out.” Finally, the little boy is returned to his parents, on a small cloud.

Little Paul Fronczak grew up in Oak Lawn, a suburb of Chicago, and had a very happy childhood. But at the age of 10, when he is looking for where his parents have hidden the Christmas presents, he comes across astonishing press clippings. “200 people are looking for the stolen baby”, he reads, or even “The mother asks the kidnapper to return her baby”. In his little child’s mind, Paul does not immediately understand what it is all about, but when he asks the question, his mother tells him the truth: yes, he spent the first two years of his life away his.

But has Paul really found his family? Decades later, then aged 48, Paul Fronczak made a radical decision: to answer the question he had been asking himself since the age of 10. “For years, I wanted to do a DNA test with my parents, he explains. Not because I was not happy, but I wanted to know the truth. I always found a good reason not to not do it – I didn’t want to hurt them. But I ended up needing to know.” To everyone’s amazement, the test is clear: Paul is not the biological son of Chester and Dora Fronczak. The New Jersey child was not the Chicago child.

A baby’s fight for the truth

But then, who was he? And above all, where does Paul come from? With the help of genealogists, Paul manages to trace his biological family. In 2015, he discovers that his real name is Jack Rosenthal, that he is 6 months older than he thought, and, even more incredible, that he is not the only member of his family to having disappeared in 1965. His twin sister, Jill, is also nowhere to be found. At the time, the twins were horribly neglected by their parents. According to Paul, “something tragic” probably happened to his sister, as a result of which his parents presumably made the decision to abandon him. “My real parents were not good people, he explains in his book, The Foundling. I am happy that he abandoned me because it allowed me to be with the Fronczaks. ‘saved life.

A blessing in disguise, therefore, but a mystery remains: where is the real Paul Fronczak? To this question, Paul also found the answer. In April 2019, the latter managed to identify the real Chicago baby. Her name ? Kevin Baty. According to the Chicago Sun Times, the real Chicago baby has spoken with his mother, Dora, several times over the phone. Mother and son never saw each other again, however, with Kevin a.k.a. Paul tragically passing away from cancer in April 2020.

The woman responsible for the kidnapping of Paul Fronczak has never been formally identified. It could nevertheless be Lorraine Fountain, who raised the real Paul but died in 2004. The one who grew up under the name of Paul Fronczak today regrets not having been able to see the whole truth. But despite all these lies, he can’t help but be grateful. “My mother would have said ‘I’m not sure’ and sent that child back into the system, or said ‘Yes, he’s my son’ – and even if it wasn’t, save that child from what would have It could have been a horrible life,” he says. “She did what she thought was right, and I’m glad she did.” 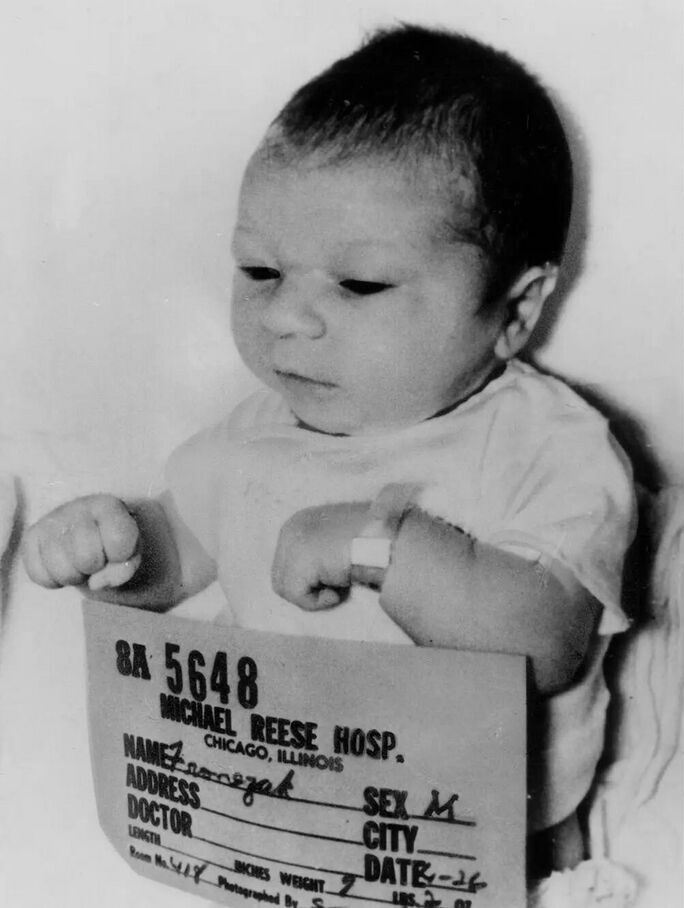