FORGOTTEN BUSINESS. The Jeanne Weber affair, the journey of a strangler of children that no one tried to stop

She is one of the most ferocious French serial killers of the 20th century. In the late 1800s and early 1900s, Jeanne Weber killed in cold blood at least ten babies and children, including two of her own. Although she left behind many traces of her crimes, the one the press dubbed the Ogress of the Goutte-d’Or acted with the greatest impunity for several years. But how did she escape the police like this? What was the criminal course of this formidable strangler?

In 1893, Jeanne Moulinet was 34 when she married Jean Weber, a Breton trucker with a reputation as a drunk. The couple starts a family, but this happiness does not take long to fade. In a short time, three little girls lose their lives in the Weber family. On March 2, 1905, while Jeanne was looking after her sister-in-law’s two children, Georgette, 18 months old, suddenly fell ill and died. Strange stigmata are observed on the toddler’s neck, but the doctor concludes that there is pleurisy. Shortly after, Georgette’s sister, Suzanne, 2 years old, died in her turn, then their cousin Germaine, 7 months old. The latter is the victim of a crisis of suffocation after two days spent with her aunt, Jeanne. Strangely enough, Jeanne is the last person to have spent time with the children before they died under mysterious circumstances.

Shortly after, the son of Jeanne Weber, aged 7, is in turn the victim of a sudden death. Each time, red marks are observed on the children’s necks, but Jeanne Weber is not worried and continues to attack the toddlers she cares for. Until April 5, 1905. That day, Weber’s sisters-in-law were returning from shopping when they came across a horror scene. Her face distorted by madness, Jeanne Weber is strangling her 2-year-old nephew Maurice. The child’s mother lodged a complaint, and Jeanne Weber was tried on January 29, 1906 for the murder of 8 children, including her own.

In the media, Weber is painted as a monster. Le Voltaire nicknamed her “The strangler of Montmartre”. We also speak of “The strangler of children” or “The Ogress of the Goutte-d’Or”. But while the verdict seems written in advance, justice makes a surreal decision. Dr. Socquet, forensic pathologist from the Seine prosecutor’s office, and Léon Thoinot, professor of forensic medicine from the faculty of Paris, believe that the children all died of natural causes. Weber is therefore acquitted. Presented as an innocent victim of outrageous accusations, she is even rehabilitated.

In the months that followed, no one heard of Jeanne Weber. The one that all the media talked about is very small, ready, apparently, to rebuild her life without violence. But is this really the case? In 1907, in Châteauroux (Indre), a little boy was found dead on the farm of his father, Sylvain Bavouzet. The latter recently took in a certain Madame Glaise, and suspects her of being responsible for the death of his son. The police showing little interest in the case, Sylvain Bavouzet conducts his own investigation. He then makes a terrible discovery: the real name of Mrs. Glaise is Jeanne Weber, this woman acquitted in Brittany for the murders of children like her son. Desperate, Bavouzet files a complaint. But then again, for some reason that’s hard to understand, Weber isn’t worried.

It was not until 1908, years after her first murder, that Jeanne Weber’s criminal journey came to an end. Employed in an inn in Commercy (Meuse), she was caught strangling the owner’s son, Marcel Poirot, ten years old, with a bloody handkerchief. “Little Marcel was in fact violently squeezed by the throat with a handkerchief, then confides the doctor dispatched to the scene to the Petit Parisien. But beforehand, Jeanne Weber had torn his tongue out with his teeth; the poor little boy is at the head of the many bruises and missing two incisors.”

This time it’s over. Nevertheless, Jeanne still escapes prison. She was declared “mad”, in other words, criminally irresponsible, and sent in December 1908 to the Maréville asylum, then to that of Fains-Véel. She died of an attack of nephritis on July 5, 1918, without ever having been held responsible for her crimes. 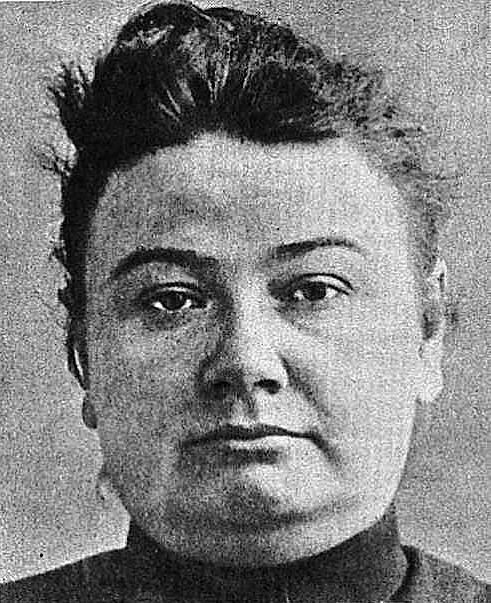