Elizabeth II “very hurt”: the heartbreaking words of the Queen after the announcement of the departure of Harry and Meghan to the United States

In March 2020, Meghan Markle and Prince Harry leave for the United States
A decision that will deeply affect Queen Elizabeth II
Indeed, the Monarch would have been upset by this choice

His whole family wanted to pay him a vibrant tribute. Deceased on September 8, Elizabeth II received a historic funeral last Monday. Surrounded by thousands of Britons, his coffin was honored. The entire British royal family wanted to show a united clan around the Monarch. Meghan Markle and Prince Harry were also present. The Duke of Sussex had the exceptional authorization to be able to wear his military costume during the funeral wake organized by the grandchildren of the Queen. Meghan Markle by her side remained very discreet, comforting her husband when the emotion was too present.

Even though the couple flew to the United States in 2020, Prince Harry and Meghan Markle were very saddened to learn of the death of Queen Elizabeth II. But for two years, nothing has gone between the Sussexes and the rest of the royal family. The Queen would have had a very negative reaction when her grandson told her that he intended to leave his royal duties. Wishing to become financially independent, Prince Harry and Meghan Markle had decided to flee the United Kingdom on March 31, 2020. The Sovereign had thus thanked the couple for their “dedicated” work. “It is the hope of my whole family that today’s agreement allows them to start building a happy and peaceful new life.”

But according to the revelations of Katie Nicholl in her book The Royals, Queen Elizabeth II would have been very saddened by the decision of her grandson to leave. A source told the author: “She was very hurt and said to me, ‘I don’t know, I don’t care and I don’t want to think about it anymore.'” The Sovereign is also said to have suffered from not being able to spend time with her great-grandchildren, Archie and Lilibet. An immense pain for the one who would have liked to spend more time with all her family.

But Prince Harry has not forgotten the good times he spent with his grandmother. Indeed, the brother of prince William wanted to pay him a vibrant tribute. “Grandma, although this final parting brings us great sadness, I am forever grateful for all of our first encounters, from my earliest childhood memories, our first encounter as Commander-in-Chief, to the first moment when you met my darling wife and where you hugged your great-grandchildren”.

Prince Harry: ‘We all remember the compass that guided so many through his commitment to service and duty’

The Duke of Sussex could not hold back his tears, just like his wife. Like many onlookers, the Duchess of Sussex Meghan Markle was photographed with a tear rolling down her cheek, and her gloved hand wiping it away. If the tensions within the royal family are impossible to ignore, the fact remains that its members have lost a mother, a grandmother, a mother-in-law or even a great-grandmother. Prince William and Kate Middleton’s daughter, Princess Charlotte, was also pictured breaking down in tears at her great-grandmother’s funeral. 7-year-old Princess Charlotte was present during the important moments of the ceremony alongside her parents, now Prince and Princess of Wales, but also her older brother Prince George, 9 years old. 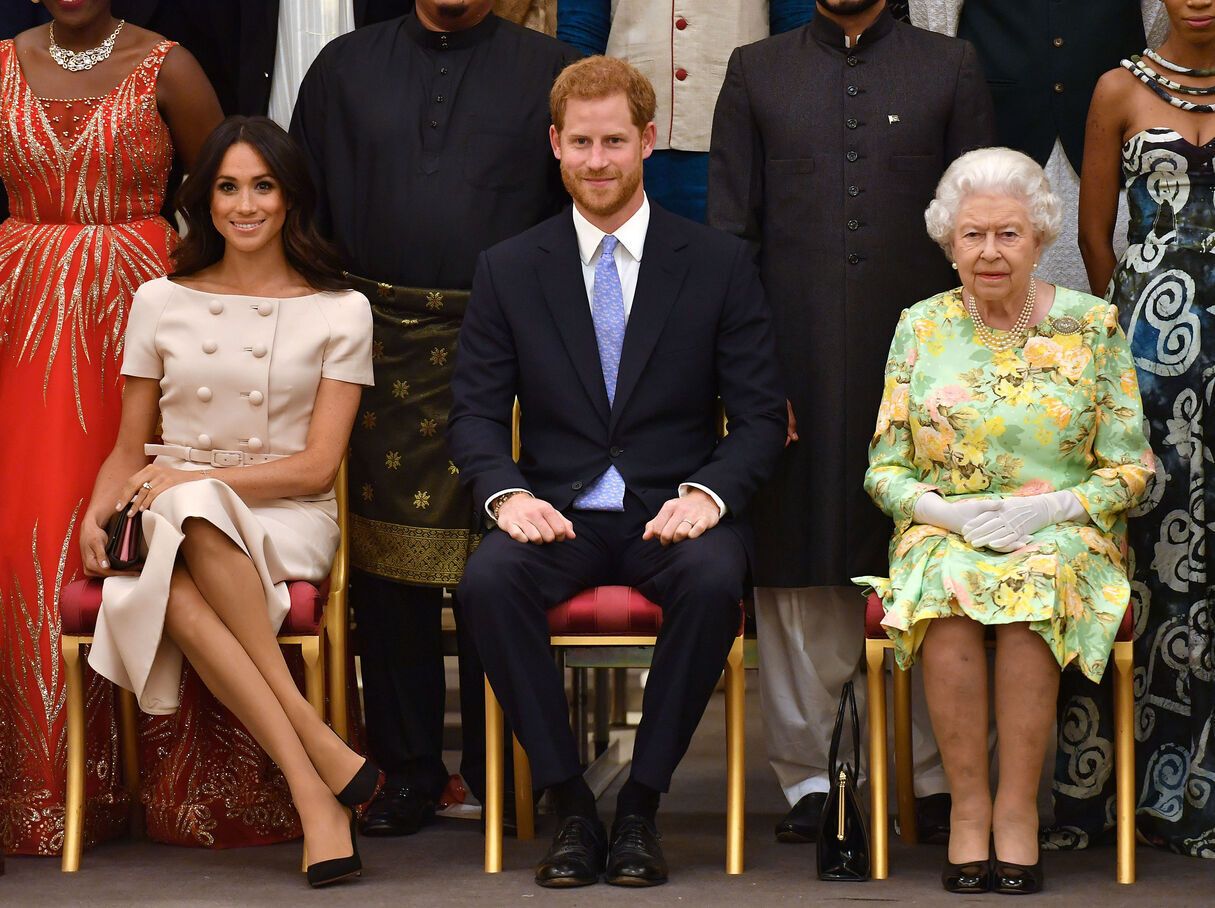