Demi Moore is back on the single market! While she seemed to be spinning the perfect love for several months, the actress separated from Daniel Humm. But no question for her to sink into nostalgia. On the contrary, Demi Moore would be “very happy”, according to a relative who confided in People. “She is happy and enjoys her children and her friends,” he told the American media. It was last March that Demi Moore and Daniel Humm formalized their relationship by sharing several couple photos on Instagram. At the time, he posted their shadows on the floor as they toured “the palace of kings and queens” holding hands and then a snap where he placed a tender kiss on Demi Moore’s forehead.

During their few months of romance, Demi Moore and Daniel Humm kept their relationship rather private, posting only rare photos on Instagram, such as when they offered themselves a romantic trip to Versailles. They were also spotted sitting together during Paris Fashion Week and in the stands at Roland-Garros last June. As a reminder, Daniel Humm is a reference in the field of catering. Born in Switzerland, he is a renowned chef and restaurateur based in New York, best known for his high-end restaurant Eleven Madison Park in Manhattan. At the head of several restaurants, he also created Rethink Food, a non-profit organization which served nearly 3,000 meals a day to first responders to the Covid-19 pandemic in New York.

Demi Moore: how many times has she been married?

As a reminder, Demi Moore married for the first time at the age of 17 with Freddy Moore. This is the surname of the musician that the actress chose to make a career in Hollywood. After 5 years of marriage, they separated in 1985 due to… infidelities on both sides. The actress then got engaged to Emilio Estevez, actor and director, son of Martin Sheen and brother of Charlie Sheen. They were supposed to get married in 1986, but Demi Moore broke off their engagement because she fell in love with Bruce Willis. The two actors said yes in 1987. Together, they had three daughters: Rumer Glenn, born in 1988, Scout LaRue, born in 1991, and Tallulah Belle, born in 1994. The two Hollywood stars separated in 1998 and divorced in 2000.

But the two remained very close since they notably spent the first confinement together. In 2003, Demi Moore met Ashton Kutcher whom she married two years later in 2005. “It’s kind of like I can go back in time and experience what life was like as a young woman, much more than what I had never been able to experience when I was 20 years old”, she confides in her biography Memoirs – The reverse of a life (Massot editions). But six years later, the actress learned in the press that her husband had been unfaithful to her. While she was filming in New York for her film Another Happy Day, Ashton Kutcher spent the night at the Hard Rock Hotel in San Diego, in the company of a young and lovely blonde… Demi Moore has officially filed for divorce by Ashton Kutcher in 2013. 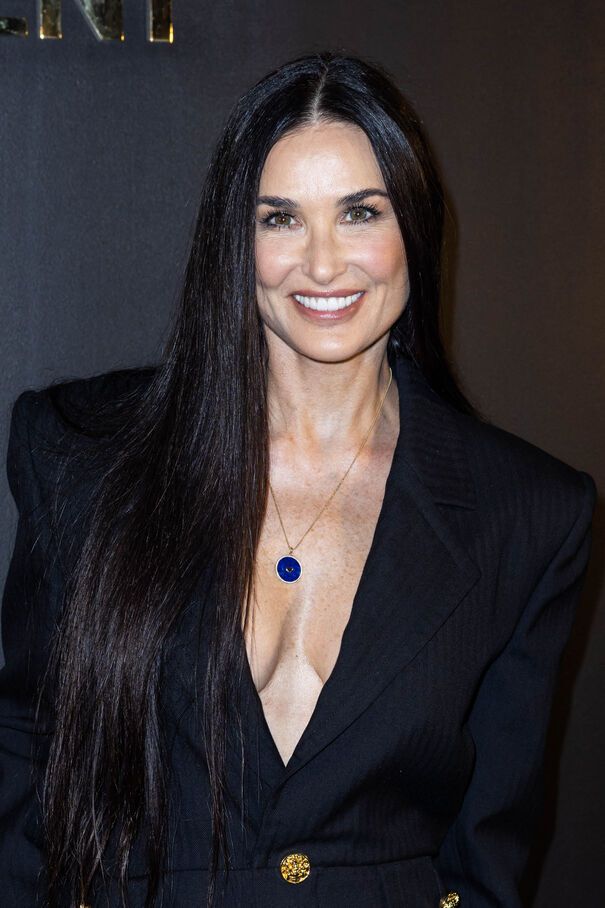