Death of Elizabeth II: why her hearse changed along the way

A whole nation is in mourning. Thursday September 8, 2022, Elizabeth II died, at the age of 96, after 70 years of reign. It was at Balmoral Castle that she breathed her last. His funeral will take place on September 19, 2022, in London. But before this historic moment, the body of the queen will travel many kilometers. His journey began on Sunday September 11, 2022 when he left Balmoral Castle to reach Edinburgh, the capital of Scotland. Only, a detail on the hearse carrying the queen was visible when it left the castle but was no longer so when it arrived in Edinburgh. It was a sticker bearing the name of William Purves. It is the company chosen to transport the queen’s coffin in oak.

Only, a few kilometers further, the sticker had disappeared. The advertisement, deemed inappropriate, obscured the view of the coffin. The car carrying the queen’s coffin stopped at least once on its way to allow the drivers to rest. It is possible that the ad was taken down during one of these stops. Only, many people must have had the time to locate the name of the company that transported the body of the queen since there were many visits to its website. It was also inaccessible for a good part of the day on Sunday.

The body of Elizabeth II will travel a lot

When it was back in service, a message was displayed on the site’s home page. “When you place your trust in William Purves, you can expect the highest standards of professionalism, compassionate care and truly distinct service. Whatever your needs, whatever your plans, rely on our experience, where and when you need us.” When the hearse carrying the body of Elizabeth II arrived in the Scottish capital, it was crowded. Thousands of people were squeezed against the barriers set up along the main road from Edinburgh to reach the royal palace of Holyroodhouse.

In the evening, the royal coffin was laid in the throne room of the Palace of Holyroodhouse. The following day, Monday September 12, 2022, King Charles III will escort his mother to St. Giles Cathedral, where a mass will be held in her honor before Edinburghers can pay their last respects in the cathedral throughout the night. Finally, the queen will go to London where again, many tributes are planned until her funeral. For example, from Wednesday September 14, 2022, until the day of her funeral, Her Majesty’s coffin will be on public display in Westminster Hall. 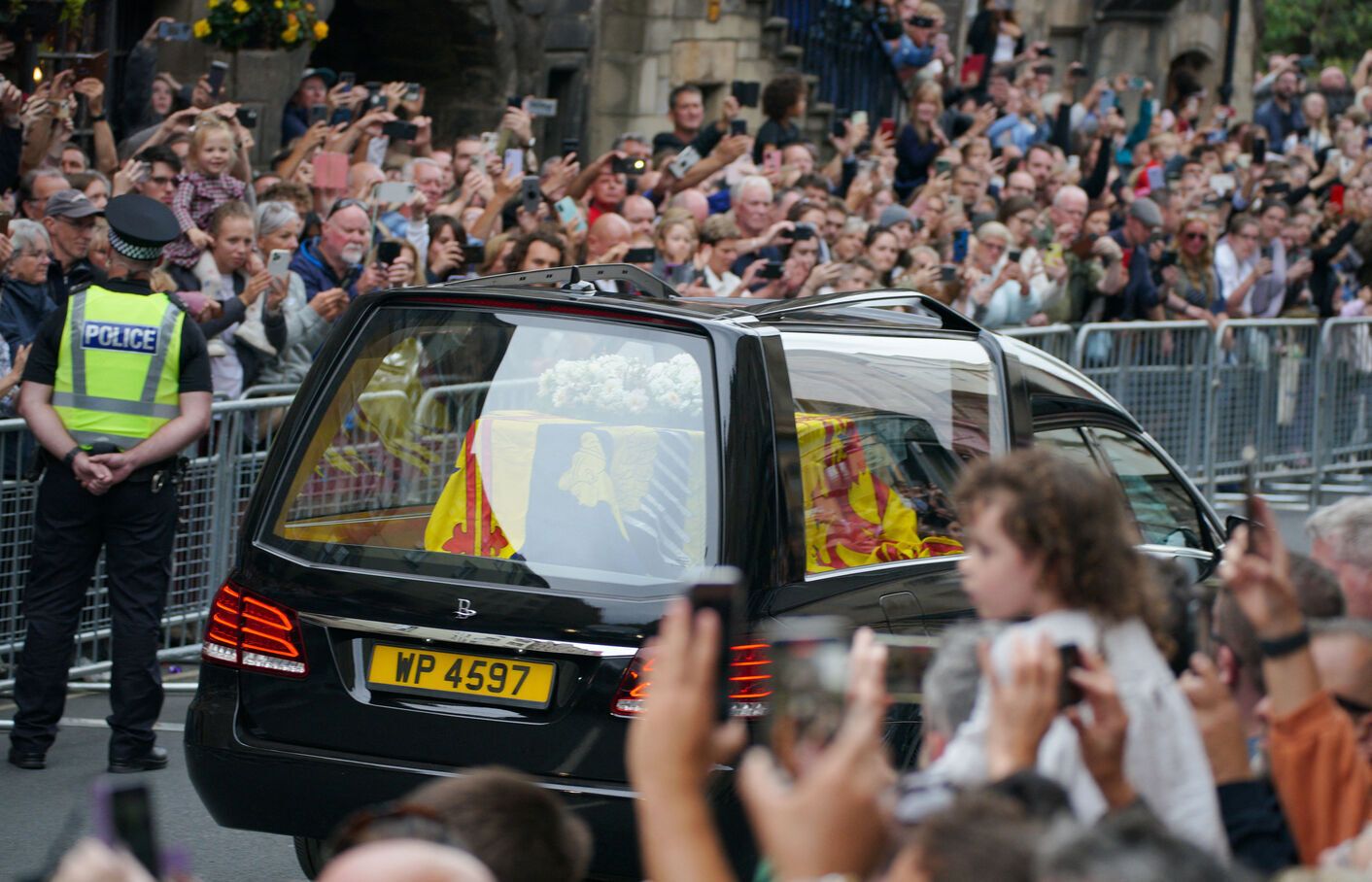 The hearse carrying the body of Elizabeth II © Agence