Death of Elizabeth II: Prince Harry would have learned of the Queen’s death… in the media!

On September 8, 20222, Prince Harry did everything to be at the bedside of the dying Queen Elizabeth II
But the Duke of Sussex arrived too late
He would also have learned of the death of his grandmother in the media

On Thursday, September 8, 2022, members of the British royal family, like Charles III and Prince William, visit Balmoral Castle in Scotland. In the media, the whole world learns that the state of health of Queen Elizabeth II has suddenly deteriorated. Around 6:00 p.m., the information falls, the Monarque died. And there is one who did everything to arrive in time at the bedside of his grandmother: Prince Harry. Unfortunately, the Duke of Sussex arrived too late. But according to several sources interviewed by our colleagues from Page Six, the husband of Meghan Markle would not have been informed of the death of his grandmother by a member of Windsor but by reading several articles online.

According to the tabloid, Prince Harry was called by his father the very morning of Elizabeth II’s death. But it seems no one told him of his grandmother’s death. Prince Harry and Meghan Markle were nevertheless able to pay many tributes to the Sovereign. After ten days in the UK, the couple reportedly returned home to Montecito, California to reunite with their two children, Archie and Lilibet. “I think the way Harry and Meghan have presented themselves over the past few days shows that they were just hoping to do their best for everyone,” a source told Page Six. Between princes William and Harry, the tension is still palpable, but it would seem that the two enemy brothers were able to speak during the many dinners organized during these ten days of mourning. Gayle King, a friend of the Sussexes who was in London to cover the funeral, told CBS Mornings: “There have been efforts on both sides…to make things right.”

Charles III: ‘I also want to express my love for Harry and Meghan as they continue to build their lives overseas’

But we cannot underline a real rapprochement between the two children of Charles III: “The large families always go through dramas, always go through troubles. It remains to be seen: will they get closer or will they separate? I don’t I have no inside information about it, but I’ll tell you this: it was good to see Harry standing with his family.” Charles III also made some efforts regarding his second son. Indeed, during his first official speech as king, he announced that Prince William and Kate Middleton were becoming the new Prince and Princess of Wales. But he also had a thought for his second son: “I also want to express my love for Harry and Meghan as they continue to build their lives abroad”.

Meghan Markle and Prince Harry haven’t stopped supporting each other

More united than ever, Meghan Markle and Prince Harry appeared close at the funeral of Queen Elizabeth II, not hesitating to support each other: “We saw the comfort that Harry gave to Meghan when they walked together and then had to go in different directions, described Pranav Bhanot, a guest. I noticed how supportive Harry was of Meghan. When they parted after the ceremony, he shook her hand firmly. I felt that “He wanted to make sure she felt comfortable. The best word to describe Meghan’s body language at the funeral was ‘low key,'” Judi James told Page Six.

Back in the United States

“She seemed to again offer silent support to her husband by sitting and walking close to him with a look of dignity tinged with sadness,” she added. But now is the time for Prince Harry and Meghan Markle to leave London for California. As People reports, the Sussexes have returned to the United States to find their children, Archie and Lilibet, whom they have not seen for two long weeks. “They missed the kids like crazy and they Facetimed them every day, but they can’t wait to see them again and hold them in their arms again after a harrowing few weeks,” said one of their loved ones. 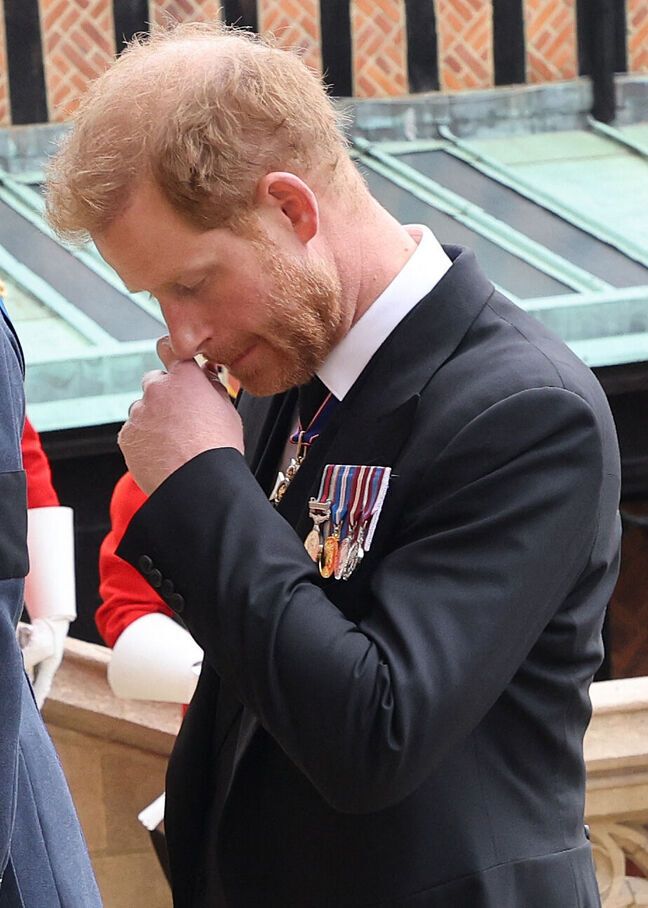