Meghan Markle has taken a radical decision following the death of Elizabeth II.
The broadcast of the Duchess’ podcast has been suspended.
The mother of Archie and Lilibet prefers to be present for her husband in the coming weeks.

A news that shocked the whole world. Thursday, September 8, the death of Elizabeth II was announced. The 96-year-old sovereign died at her Balmoral residence, where she had been for several weeks. “The Queen passed away peacefully at Balmoral this afternoon. The King and Queen consort will remain at Balmoral this evening and return to London tomorrow,” read a statement released by Buckingham Palace. Following this death, Meghan Markle, who was very saddened, wanted to make a radical decision, as revealed by People on Monday, September 12. More than two years after leaving the United Kingdom, Prince Harry’s wife wanted to start a podcast, entitled Archetypes and broadcast on Spotify. These are three episodes that are already available but it will be necessary to be patient before discovering the following ones. Indeed, Meghan Markle has requested the interruption of this podcast until further notice. In this one, these are very important subjects which are evoked. The Duchess evokes certain clichés related to women but also the differences that are made, within society, between the two sexes. She has already received Serena Williams, Mariah Carey but also Mindy Kaling.

This radical decision is very important for Meghan Markle who wishes to be of great support for her husband. This Saturday, September 10, it was at Windsor Castle that the couple went. Both were alongside Prince William and Kate Middleton and they greeted and thanked the crowd who were present to pay a final tribute to Elizabeth II. A public appearance which has been very noticed since there are many tensions within the royal family since the departure of Prince Harry and Meghan Markle. According to information from The Mirror, it was Prince William who proposed to his brother and his wife to join them for this very special trip. If they were relatively far apart, it was in the same car that they left afterwards. An image that no one expected but which suggests that a reconciliation is possible. Indeed, many tabloids have claimed, over the months, that Princes William and Harry no longer speak much, if at all. Thus, the death of Elizabeth II was a sad occasion for them to find each other. In addition, during his first speech as sovereign, King Charles III had a thought for his son: “I express my love to Harry and Meghan who continue to build their lives abroad”, he said. -he assures.

Meghan Markle: why is her appearance causing so much talk?

Since leaving the royal family, Meghan Markle and Prince Harry have been talked about a lot. They chained interviews and revelations about the Windsors and these did not go unnoticed. Thus, the return of the Sussexes to the United Kingdom was expected and many noticed that the Duchess was not reassured. When she went to wave to the crowd, Meghan Markle was greeted by Britons who were delighted to meet her. One of them, 14-year-old Amelka Zak, even asked if she could give him a hug. A hug that was widely commented on and the young woman, interviewed by CNN, explained her gesture. “I just wanted to show her that she was still welcome here. I wanted to hug her after everything that happened,” she said. 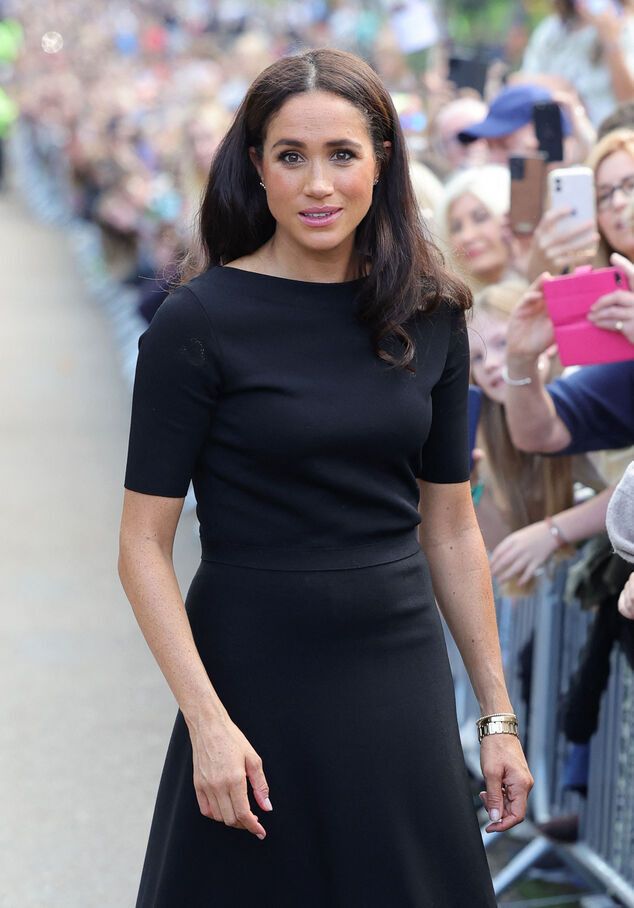