Death of Anne Heche: the results of her autopsy revealed, traces of cocaine found

Headliner of Hollywood cinema in the 90s, actress Anne Heche came to a dramatic end on August 5, 2022. That day, she was the victim of a serious car accident in Los Angeles. While driving her Mini Cooper, she crashed into the garage of a building. Subsequently, after restarting the vehicle, Anne Heche crashed into a villa. During this 2nd collision, his car caught fire. About sixty firefighters were then mobilized for more than an hour to come to his aid. Plunged into a coma after this high-profile accident, the actress was targeted by an investigation for driving while intoxicated, or under the influence of narcotics. Anne Heche was finally declared dead on August 11, 2022, a week later, at the age of 53.

Since the late actress was the subject of an investigation before her death, an autopsy was carried out by a medical examiner on her body, in order to detect the presence of possible narcotics within her body. On Tuesday December 6, 2022, the American magazine People revealed the results of this famous autospy. It would appear that Anne Heche was not impaired by drugs at the time of her car accident. In any case, this is what the report of the medical examiner of the county of Los Angeles affirms. The autospy, however, reveals that the actress had already used both cocaine and cannabis. “Hospital admission blood showed the presence of benzoylecgonine, the inactive metabolite of cocaine, meaning she used in the past but not at the time of the accident,” a carrier said. word of Los Angeles County on this.

There were no active drugs found in actress Anne Heche’s system at the time of her car crash in August, according to a Los Angeles County Medical Examiner-Coroner report released Tuesday https://t.co/dVGONUsHfY

Separately, cannabinoids were found in his urine, but “not detected in admission blood and consistent with prior use, but not at time of injury.” Toxicology tests performed on Anne Heche’s body also showed the actress had fentanyl in her bloodstream, although the medical examiner’s report said it was “obtained after receiving treatment with hospital and is therefore compatible with therapeutic use”. “This is corroborated by the lack of fentanyl in the blood sample taken on admission to the hospital”, also underlines the autospy report, which also specifies that the burns which the actress suffered from of his accident were so severe that they prevented his body from effectively absorbing oxygen. These injuries eventually caused an “anoxic brain injury”, which was fatal to Anne Heche. As a reminder, the actress suffered from 3rd and 2nd degree burns, but also from a broken sternum when she was transported to the emergency room of the UCLA Ronald Reagan hospital in Los Angeles. Anne Heche was subsequently transferred to an intensive care unit specializing in burns at West Hills Hospital. 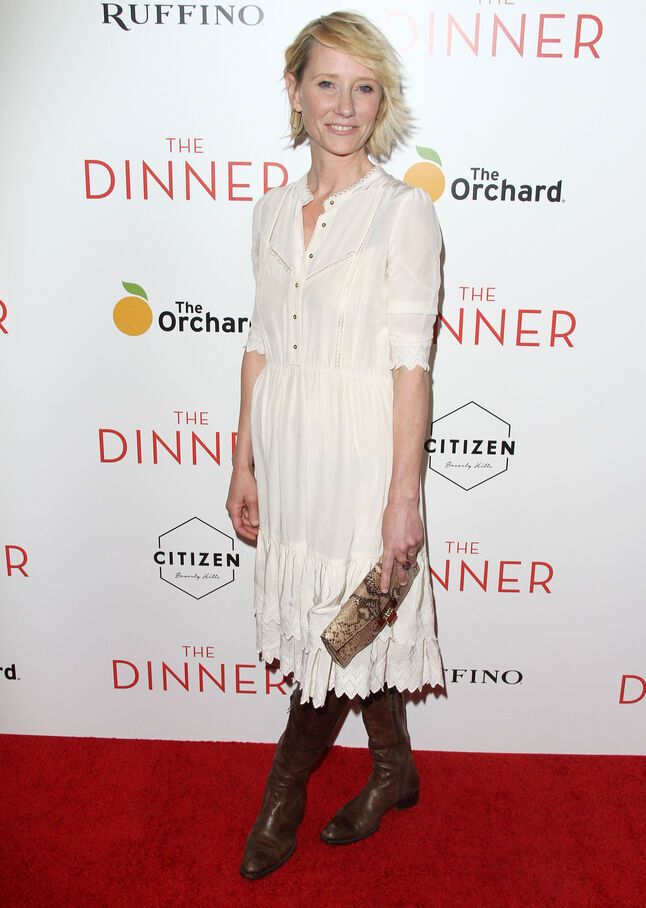