It was a terrible tragedy that took place on the night of Saturday November 5 to Sunday November 6, 2022. Aaron Carter, a 34-year-old American singer, was found dead at his home in Lancaster, California. According to the TMZ media, he was found drowned in his bathtub. A terrible tragedy for the relatives of the man who began his career at the age of seven and who was notably known for the title “I Want Candy”.

The day after his death, his big brother Nick Carter wanted to pay tribute to him. The well-known singer of the Backstreet Boys wanted to share several photos alongside Aaron Carter as well as a long text. “My heart is broken. Even though my brother and I had a complicated relationship, my love for him never faded,” he began.

Devastated by the loss of his brother, Nick Carter decided to address his mental health in his Instagram post. “I always held out hope that he would, one day, walk a healthy path and find the help he so desperately needed. Sometimes we want to blame someone or something for a loss, but the truth is that addiction and mental illness are the real bad guys here,” he explained of Aaron before continuing, “I’m gonna miss my brother more than anyone will ever know. I love you Chizz. Now you can finally have the peace you could never find here on earth…I love you little brother.”

If the 42-year-old man has unconditional love for his brother, he had also had many conflicts with him. In 2019, Nick Carter obtained a restraining order against his brother, accusing him of having made death threats against his wife, Lauren Kitt and their children. Following this measure, the young man had reacted violently by declaring that he had no intention of seeing him again one day.

After the news of the death of Aaron Carter, his twin sister, Angel Carter also wanted to pay tribute to him on social networks. She posted several snapshots of their childhood and wanted to send him a message: “To my twin… I loved you beyond measure. I will miss you very much. My funny and sweet Aaron, I I have so many memories of you and me, and I promise to cherish them. I know you are at peace now. I will carry you with me until I die and see you again.”

In 2012, the Carter siblings had already experienced a tragedy with the loss of Leslie Carter. The 25-year-old woman died of an overdose. A few years later, their father Robert Carter died of a heart attack at the age of 65. In addition to leaving behind his siblings, Aaron Carter leaves behind his 11-month-old son Prince, whom he shared with his ex-fiancée, Melanie Martin. 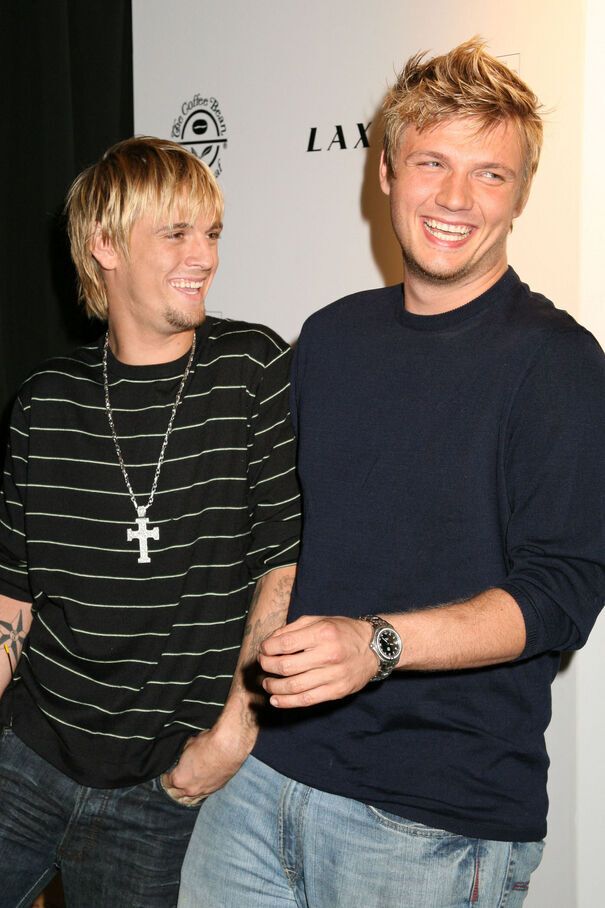