Death of Aaron Carter: despite their disputes, the mother of her son pays him a tender tribute

Aaron Carter’s loved ones can’t believe it. On November 5, the singer died at the age of 34. According to TMZ, he was found dead in the bathroom of his Lancaster, California home by his housekeeper. For now, the exact circumstances of the tragic disappearance of Nick Carter’s brother have not yet been revealed. Since the sad announcement, many personalities have paid tribute to the one who had made himself known in his childhood. Like his ex-darling Hilary Duff, the mother of his son is also out of silence. On her TikTok account, Melanie Martin posted two moving videos. We first see her in tears, in her car and paying tribute to Prince’s father: “a publication for eternity”.

“My fiancé Aaron Carter has passed away. I love Aaron with all my heart and it’s going to be a journey raising a fatherless son,” she wrote in a statement shared with TMZ. privacy of my family as we come to terms with the loss of someone we love dearly. We are still coming to terms with this sad reality. Your thoughts and prayers are greatly appreciated.” As a couple for more than two years, Aaron Carter and Melanie Martin have experienced many turbulences. In March 2020, the singer had shouted to the world his love for the young woman by tattooing his first name above his right eyebrow. The couple announced their engagement in June 2020 and then welcomed their first child, Prince last November.

Aaron Carter: why had he lost custody of his son?

A joy for Aaron Carter, who wanted to start his family for years. “I’m going to be a good father. I know it, he confided in the columns of People. I want a lot of children, a lot of stability, a lot of happiness and laughter, learning and having fun. It’s going to be good. ” Aaron Carter and Melanie Martin called off their engagement just a week after the birth of their son. “I’ve never felt so devastated and betrayed in my entire life, it’s such an awful situation considering the prince doesn’t deserve any of this and now it’s my job to just be a single dad and it is what will happen”, then wrote the singer.

They had returned as a couple in December 2021 before separating again, last February. A few months ago, the couple had lost custody of the little Prince because of problems of domestic violence and drug use, as entrusted by Aaron Carter. Last September, he made the decision to enter rehab to be able to take care of his son again. “I decided to register for this program. This will be my fifth time in rehabilitation, mainly to take care of the follow-up, he assured in the columns of the Sun. There were no relapses. I haven’t had any relapses…it’s just that the triggers are big for me right now. You know, I just want my son back with me.” 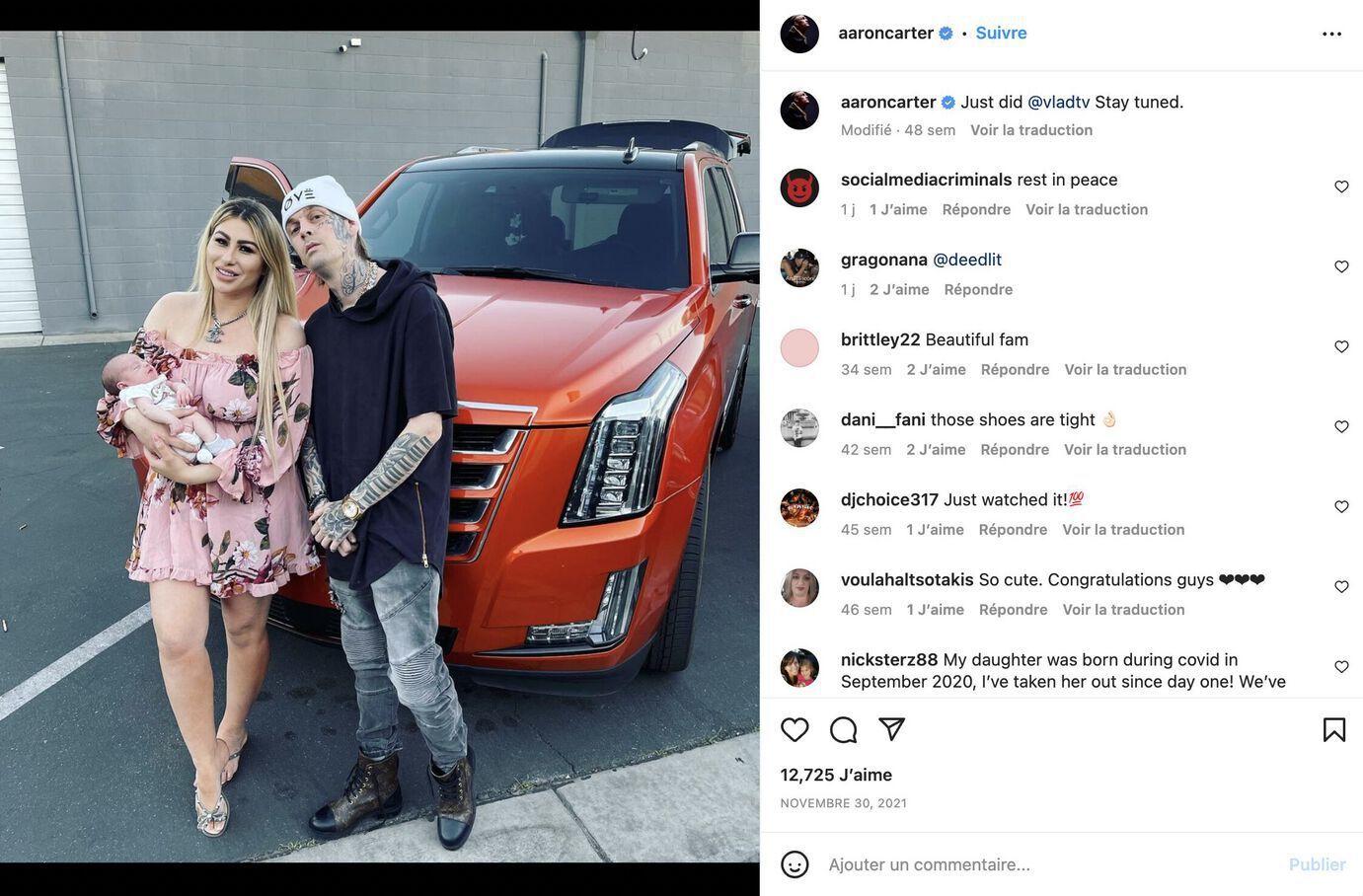