David and Victoria Beckham about to divorce? This meaningful gesture from the former Spice Girls

What’s going on at the Beckhams? As the couple celebrated their 23rd wedding anniversary, some internet users believe that Victoria and David Beckham are actually on the verge of a divorce. The reason ? A gesture from the former Spice Girls that caught the attention of her fans. Indeed, the businesswoman had one of her tattoos removed, located on her wrist. The drawing represented her husband’s initials, D and B. If some saw it as a sign of disagreement in the couple, Victoria Beckham’s teams wanted to give their version. Indeed, Victoria Beckham would have just “removed several tattoos” including this one.

But will this version calm the accusations of some Internet users? Nothing is less sure. Indeed, for many months, Victoria Beckham has been in turmoil, especially since the marriage of her son Brooklyn Beckham with Nicola Peltz. According to information from our colleagues from the Daily Mail, the couple’s daughter-in-law would have fallen out with the former singer of the Spice Girls. The latter was to design Nicola Peltz’s wedding dress: “I had planned to wear a wedding dress by Victoria and I was sincerely excited to wear a dress created by my mother-in-law. I thought that would be so beautiful and a great wedding story,” the 27-year-old actress shared.

Nicola Peltz and Victoria Beckham in the cold?

But now Victoria Beckham has backtracked and her workshops could not, according to her, design the wedding dress in time. Faced with this catastrophe for her marriage, Nicola Peltz then turned to a dress from the Valentino brand: “She was going to let her design something but she was never going to put that on. She has too many really talented designer friends. C “It’s like when you had a brother-in-law who says he makes the best meatballs, and you hate meatballs but still let him cook them. That’s exactly what happened.” . Since then, Victoria Beckham would be very angry. Faced with such controversy, Brooklyn Beckham decided to speak up: “To be honest, my wife is obviously my priority and I never want to see her angry. When people say anything, we talk about it and we go. forward. We are together.”

However, Victoria Beckham has always been very close to her son. A source close to the former Spice Girls member revealed, “Victoria is extremely close to Brooklyn and because he’s her oldest, they’ve always had a special bond. She confessed that her biggest fear about Brooklyn’s marriage was that she was going to lose him in some way. A feeling that she began to feel in recent weeks until D-Day. She understands that Nicola’s family will be more present in the couple’s life, since they is the bride and they all live in the United States, not to mention that the wedding took place at their family property.”

Victoria Beckham: “He’s an incredible father and a wonderful husband. We have a lot of fun”

A family that would therefore be united, centered on the couple formed by David and Victoria Beckham. The latter had also confided, in glowing terms, about her husband: “He is an incredible father and a wonderful husband. We have a lot of fun. We support each other in everything we do, but it’s also about having fun and enjoying the person’s company. I genuinely love being around him. Which is a good thing after so many years!” she exclaimed. On the occasion of their wedding anniversary, David Beckham had also written a magnificent declaration of love to his wife: “22 years later and still matching outfits. Happy birthday, I love you so much and thank you for m ‘giving away our beautiful children so that we could all dress the same together’. 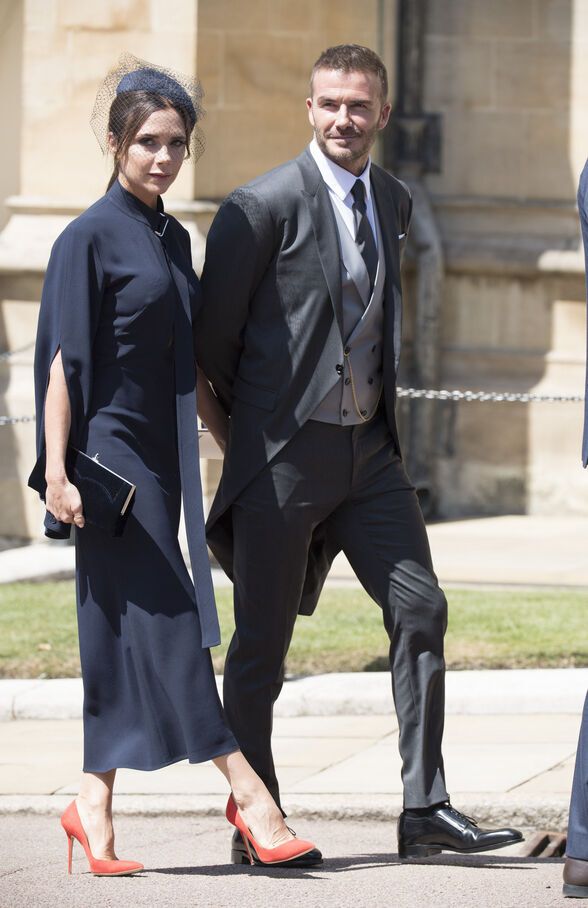