Charlie Chaplin: what did he die of?

Charlie Chaplin is a genius of silent cinema, but above all of comedy in its purest form. Born on April 16, 1889, he is known as an exceptional actor, an extraordinary director, a genius screenwriter and a producer like no other. It was in the mid-1910s that his silent film career began to take off. Best known thanks to his character Charlot, Charlie Chaplin had a big and long career of 65 years with more than 80 films. Born of artistic parents, the actor started out in poverty to end up in unparalleled success at the professional level. In addition to his achievements, Charlie Chaplin is also known for the many scandals revolving around his four marriages.

It was at the turn of his career, in 1940, that the star experienced two of his greatest successes: the release of the film The Dictator as well as his union with his wife, Oona O’Neill, who had to wait for her majority to be able to formalize his love with Charlie Chaplin, reports Europe1. Oona O’Neill has been at her husband’s side to support him unconditionally. She will have been his best ally, underlines the media, since Oona O’Neill has always been there especially to support him in the face of the paternity recognition scandal demanded by Joan Barry, one of his former mistresses. The revocation of his American visa, in 1952, also marked the life of the actor. Which had forced him to settle in Switzerland with his wife, Oona O’Neill and their eight children.

Charlie Chaplin died in his sleep

It was to take revenge on America that Charlie Chaplin would have produced the film A King in New York, explains La Croix. He would also have prepared a film for his daughter Victoria which will never see the light of day. Only, at the beginning of the 1970s, the genius could no longer live without his devoted wife. Charlie Chaplin spent the last years of his life confined to a wheelchair and spends all his time next to his wife. Europe1 and La Croix report that Charlie Chaplin died in his sleep at 4 a.m. on December 25, 1977. Ms. Chaplin said at the time that her husband “had fallen asleep peacefully”. “Dead of old age,” said the family doctor.

Charlie Chaplin started from scratch as he was born in one of London’s poorest neighborhoods to a mentally ill mother and an alcoholic and violent father. He had chained odd jobs before entering the field of cinema, says Europe1. His debut as an actor took place in the cabarets of London and even the United States. It was in America that he was quickly spotted by Hollywood studios. It is in his Charlot costume, loose trousers, hat and mustache that Charlie Chaplin will charm the world. His silent departure was in no way a reflection of his noisy success. 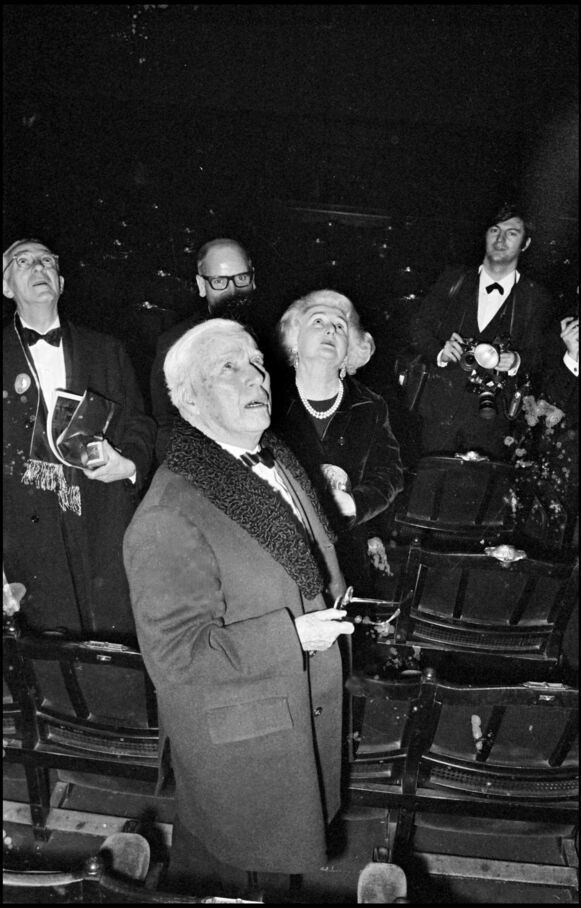