Charles III and Camilla: their first official birthday card unveiled, and the result is downright cool

King Charles III and Queen Consort Camilla unveiled their greeting card.
They are continuing Queen Elizabeth II’s tradition of sending a card to people celebrating their birthday or anniversary.
The magnificent portrait of the new monarch and his wife dates from 1998.

Since his ascension to the throne after the death of Queen Elizabeth II, King Charles III has continued to show his desire for change and modernity in the royal family. And if, for example, he will be crowned in May 2023 during a modest ceremony, the eldest son of the former sovereign still wishes to perpetuate certain traditions.

Indeed, King Charles III has decided to continue sending cards to people in the United Kingdom celebrating their 100th birthday or 60th wedding anniversary. This tradition which had been established under George V had then continued under the reign of Elizabeth II. The latter had also sent more than 1.3 million greeting cards. This significant figure was explained by the fact that it was also possible to receive a card for one’s 105th birthday or even for one’s 65th or 70th wedding anniversary. A nice attention that should not disappear.

King Charles III’s first card was sent to a centenarian

Friday, October 21, a Scottish woman named Ruth Park-Pearson and veteran of the Second World War celebrated her 100th birthday. For the occasion, she received one of the first greeting cards from King Charles and Queen Consort Camilla.

On Twitter, the account of “The Royal Family” shared on Sunday October 23 a photo of the centenarian sitting in her chair, the card sent by the new sovereign in her hands. The caption read: “The King and Queen Consort’s first birthday cards have been delivered to those celebrating their 100th and 105th birthdays across the UK.”

✉️ The first birthday cards from The King and The Queen Consort have been delivered to those celebrating their 100th and 105th birthdays across the UK.World War Two veteran Ruth Park-Pearson, who turned 100 on Friday, was one of the first to receive a card from Their Majesties:

Ruth Park-Pearson was one of the first to receive the birthday card from the monarch and his wife and was able to admire their magnificent portrait. Indeed, the photo carefully chosen by the royal couple dates from 1998. King Charles III and Queen Consort Camilla appear all smiles in the portrait.

If the father of princes William and Harry wears an elegant navy blue suit and a tie in a much lighter blue, his wife is dressed in a magnificent white dress with an imposing necklace matched with a pair of earrings. A very beautiful portrait that shows the complicity and love between King Charles and Queen Consort Camilla. A gift that undoubtedly delights centenarians, but also couples celebrating the longevity of their marriage. 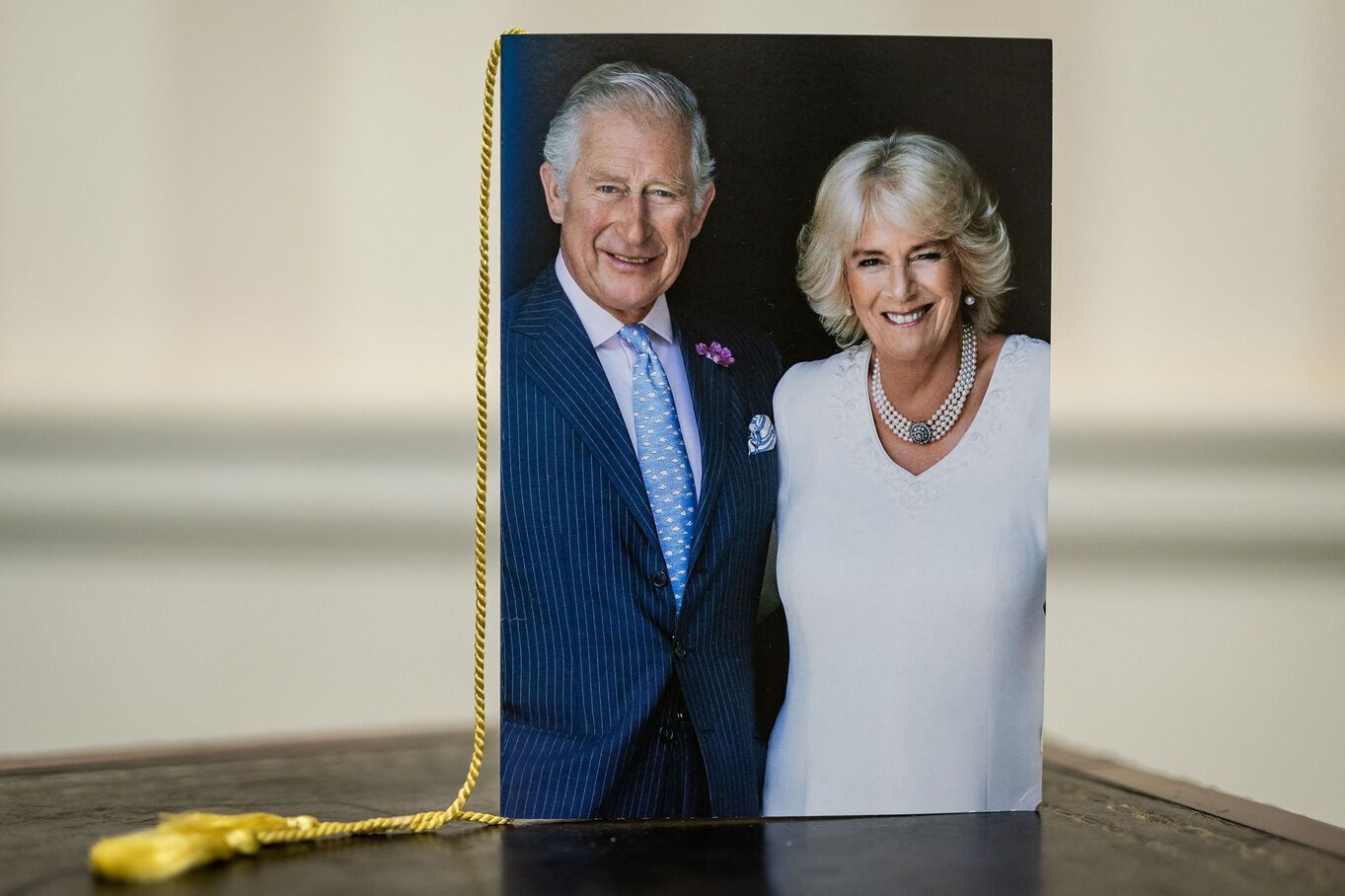