Carrie Fisher would have been 66 years old: the heartbreaking confidences of her daughter on her impossible mourning

Billie Lourd has a heavy heart. On the occasion of the birthday of her mother Carrie Fisher who would have been 66 years old, her daughter shared a moving message on Instagram. “My mum would have been 66 today. I woke up this morning thinking I had to write a long caption about how to deal with grief, like I know what I’m talking about. But after six years, I realized I still didn’t know what to say about it. You’ll never be an expert in grief. It’s always changing and you always feel like you don’t know what to do or feel.” began the young woman. Always inclined to emotion, Billie Lourd then wanted to provide support to grieving families. “I send my love to everyone who is grieving. You are not alone.” she added. To accompany her heartbreaking message, Billie Lourd shared a childhood snapshot with her mother.

Carrie Fisher: what did she die of?

As a reminder, Carrie Fisher died on December 27, 2016, at the age of 60. Fifteen minutes before landing in Los Angeles, she suffered cardiac arrest on December 23, 2016 on board a United Airlines Boeing 777 plane from London. Taken to hospital in intensive care, her brother said she was in stable condition. Only then, two days later his state of health deteriorated. The interpreter of Princess Leia was then buried on January 5, 2017 with her mother at Forest Lawn Cemetery in Hollywood Hills, Los Angeles, in an urn in the shape of a prozac capsule, to symbolize her recurring mental disorders. A public tribute was organized on March 25, 2017, after his relatives gathered in private.

On June 16, 2017, the causes of his death were officially revealed. The Los Angeles medical examiner’s office has indeed revealed that Carrie Fisher would have died of sleep apnea as well as other undetermined factors. On June 19, the forensic report released by the police reported that the body of the actress, who died in December 2016, contained “cocaine, heroin, ecstasy, methadone, alcohol and opiates”. However, the doses and the timing of the doses could not be defined.

Note that at the announcement of the death of Carrie Fisher, the entire Star Wars family was in mourning and particularly her screen partner, Harrison Ford. “Carrie was one of a kind. Brilliant, quirky, funny and she knew no fear. She lived her life, proudly. My thoughts are with her daughter, Billie, her mother, Debbie, her brother, Todd, and her many friends. She will be missed by all of us, “he said at the microphone of the NBC channel. Harrison Ford isn’t the only one to pay tribute to Carrie Fisher. Star Wars director George Lucas spoke of an “old friend”. “She was extremely intelligent. She was a talented actress. A writer and comedian with a colorful personality that everyone loved. In Star Wars, she was a strong and powerful princess, fiery, wise and hopeful. , in a role much more difficult than it seems” For his part, Mark Hamill said he was “devastated” by the drama on his Twitter account. 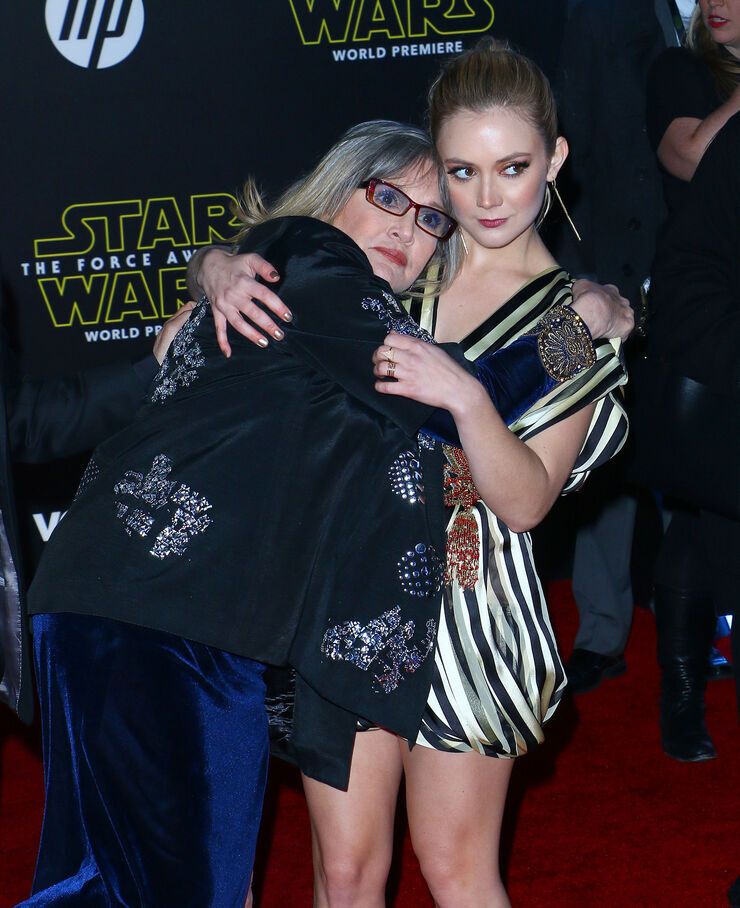