Since his accession to the British throne, King Charles III has had one goal: to reduce the costs of the Crown and “to lighten” the British monarchy. This starts in particular by limiting the number of active members of the royal family. And in this mission, the new sovereign did not need to do much … Indeed, Prince Harry and Meghan Markle themselves chose to leave the institution then Prince Andrew, wet in a business of sexual assaults, was ostracized. Results ? King Charles III finally runs out of hands. Against all odds, Her Majesty managed to find a person for the less unexpected to save her the day: the former husband of Camilla Parker Bowles, Andrew.

According to the Daily Mail, Brigadier Andrew Parker Bowles made his first royal engagement on behalf of the Queen Consort on Tuesday, October 18. He was called to officially represent his ex-wife at the funeral of John Bowes-Lyon, who died last month aged 80, a first cousin of the late Queen Elizabeth II. “Andrew is happy to do whatever is asked of him, confided one of his relatives. He still has a warm relationship with Camilla.” According to the British tabloid, this first engagement could mean that King Charles III intends to give more space to his wife’s ex-husband. And if the royal couple could not attend the funeral of John Bowes-Lyon, it is because they were far from London.

That day, indeed, Camilla Parker Bowles and King Charles III took part in a surprise joint engagement in Walthamstow as they visited the Project Zero youth centre. And it’s no wonder they asked Andrew Parker Bowles to lend them a hand. The British officer has indeed been part of the entourage of the royal family for many years now, since his parents were close friends of the queen mother. Before marrying the Queen Consort, he even had a relationship of a few months with Princess Anne. Although separated from Andrew Parker Bowles, the daughter of Elizabeth II remained close to him since she went so far as to name him a few years later godfather to her daughter Zara Tindall.

As a reminder, Andrew and Camilla Parker Bowles were married in 1973. From their marriage were born two children, Laura and Tom. They separated in the 1980s, eventually divorcing in 1995. A few years later, the Queen Consort married her childhood sweetheart, King Charles III. But despite their old history, the two ex-spouses remained close. It is not uncommon to see Andrew Parker Bowles alongside members of the British Crown during their engagements, especially on racetracks. In a biography dedicated to him, he was described as a faithful man, and not just in love: “They say that an English gentleman will always give his wife for his country and that was certainly true in the case of Andrew Parker Bowles.” 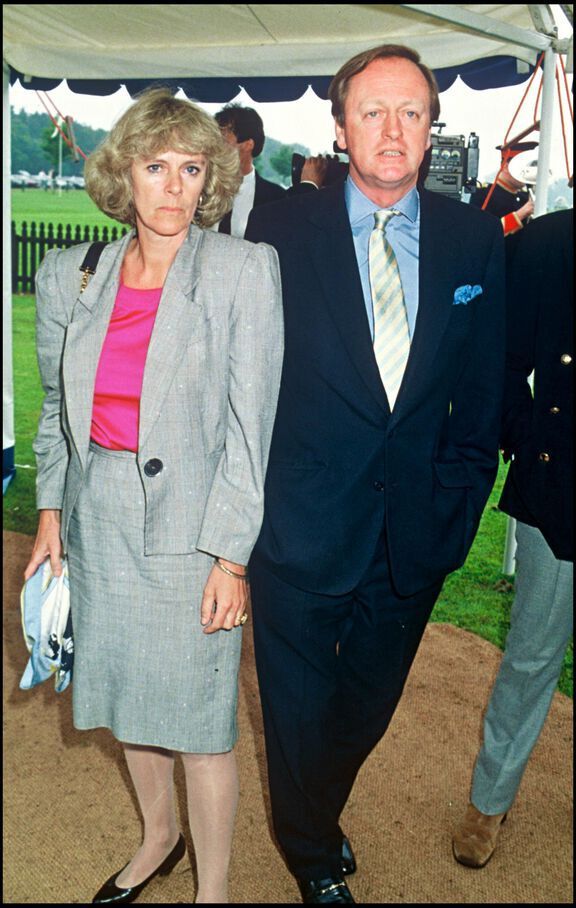